How TaskRabbit Got Its Start and Helped Spawn the Gig Economy 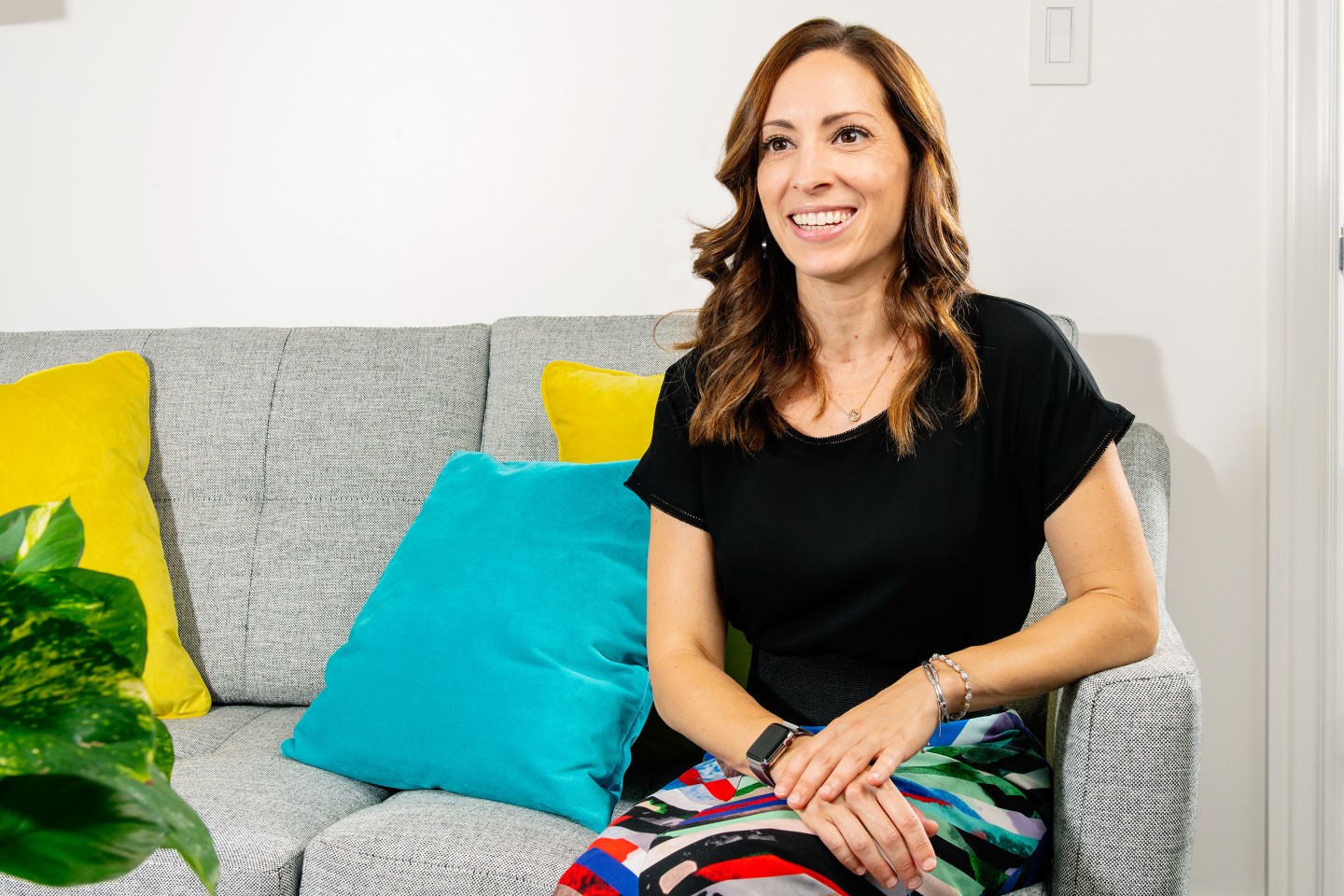 When I was 8, I asked my dad what was the highest role in a company, and he said, “It’s the CEO.” That’s when I decided what I wanted to be. I started a recycling program in our elementary school and set up an office in our basement, where I was the CEO.

When it was time to go to college, I majored in computer science and mathematics with a minor in dance. I graduated from Sweet Briar College in Virginia in 2001 and worked at a startup that was quickly swallowed by IBM. I worked on messaging and collaboration products for about seven years and learned how to create software that was used around the globe on a daily basis.

As an engineer, I was passionate about technology. In early 2008, there was no Apple App Store yet. I was living in Boston with [my then husband] Kevin, and we had a 100-pound yellow Lab. We were getting ready to go out to dinner one night when we realized we were out of dog food. I thought it would be great if I could find someone to help, maybe someone who was at the store that very moment. I grabbed my iPhone and typed RunMyErrand.com. No such service existed. The domain name was available, so I bought it on the spot.

I saw the potential of combining emerging mobile and location technologies with the social graph [the people you’re connected to online] and decided to build a platform for what I called service networking.

I started talking to potential users, asking people what kinds of errands they would outsource and how much they’d pay. If I met a handyman, I’d ask how much he would charge. One day, I met Scott Griffith, [then] the CEO of Zipcar, who was a friend of a friend. We brainstormed once a week, until he asked, “Why don’t you just go code this? Why are you still at IBM?”

I had about $27,000 in my IBM pension fund, so in April 2008, I cashed it out and quit my job. I locked myself in my house for 10 weeks to make the beta platform. I ended up spending a year working out of Scott’s office for free while I was bootstrapping.

That summer, I launched in Charlestown, a neighborhood in Boston. I would go to this coffee shop where the Charlestown Mothers Association would come every morning after dropping their kids off at school. I told them about my idea, and they loved it. So I posted an ad on Craigslist for Taskers. The response was in the hundreds. I met about 30 of them over coffee and hired them for the original site. This was before we did background checks, so I had to make sure they were the right people. My criteria was whether I’d be comfortable inviting them into my grandmother’s house to do a job for her. For the three months we were live that first year, the revenue was about $10,000.

Scott encouraged me to raise some angel money, but by September 2008, the stock market had crashed, so I panicked. But it turned out to be the best time to start TaskRabbit because people were looking for ways to make more money. The gig economy was born out of that 2008 downturn.

I ended up securing $150,000 from two Boston-area angel investors and was invited to join fbFund, a 12-week incubator boot camp in Palo Alto for entrepreneurs.

I’d spend a week in Boston, working on the program, then a week in Palo Alto. On the West Coast, people were more willing to take risks with new entrepreneurs. I maxed out my credit cards, so every purchase had to count. I had just returned to Boston one week when I learned that Tim Ferriss, the author of The 4-Hour Workweek, was going to be in Palo Alto the next week.

A founder’s health is really important to the company’s health.

TaskRabbit’s last round of funding was the hardest to raise. I ended up in the hospital with stress-induced colitis, and my colon almost burst. I did the closing from a hospital bed. You’ve got to invest in your own exercise, sleep, and nutrition, as well as your company’s needs.

It would cost $700 to turn around and fly back to Palo Alto for a 15-minute time slot with him. I thought, “If I could turn that into making him an adviser or investor, it would be worth it.” He ended up introducing me to Ann Miura‑Ko, a cofounding partner of Floodgate, and she led the seed round for TaskRabbit, which totaled $1.8 million. It was taking risks like that that changed the trajectory of the company.

At the end of 2009, I decided we needed a new name. We did some brainstorming and whittled down the options to five names. I hated RunMy­Errand, but when we did a survey of our Boston users, they all loved it. No one wanted to change it, but their second favorite name was TaskRabbit.

In the early years, one of the things I had to learn was how to build a team. I’d never hired, fired, or managed anyone at IBM. At times, I hired too quickly or hired for roles we didn’t need yet. The things that kept me up at night were hiring the right people and not running out of money.

I gained confidence over time. One of the things that surprised me at first was that if I had a problem, I could go to three different people and get three different kinds of advice. I realized I was going to be the only one who could make the call about my business. I would gather information but made calls based on my own instincts. You have to write your own playbook while you’re playing the game.

At the end of 2015, Ikea wanted some in-store installation help, and I thought it would be great to try a partnership in-store. A few months later, they were interested in acquiring us. By then, we had multimillion dollars a month floating through the platform.

We closed the deal in October 2017. I decided to go to the VC side and joined Fuel Capital as a general partner.

I feel like I’ve sent my child off to college. TaskRabbit will always be my first baby. It went on to become a successful company and brand, and no longer needs me. As a founder, I feel really proud about that.

A version of this article appears in the July 2019 issue of Fortune with the headline “Equal to the Task.”