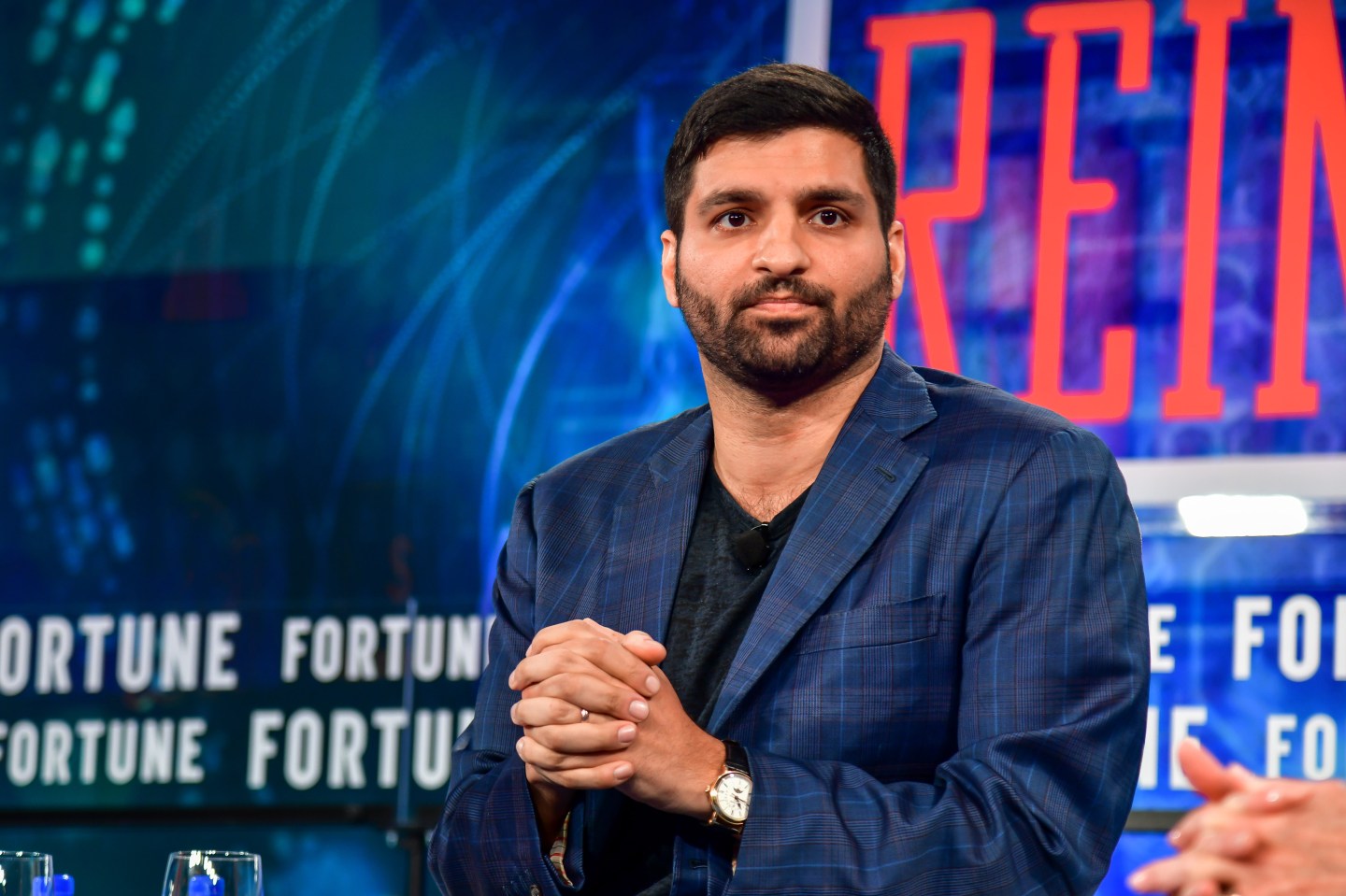 026 Tuesday, September 25, 2018 Fortune Brainstorm Reinvent Chicago, IL, USA 10:55 AM NOT YOUR GRANDMOTHER’S MORTGAGE Applying for a mortgage no longer has to mean endless forms and stacks of papers, since many banks have moved the process to the cloud. Silicon Valley tech startup Blend is now working with over 70 lenders, representing more than a quarter of the U.S. mortgage market. Blend’s technology is helping to reimagine the mortgage process for both banks and the consumer. A look at how one bank, Wells Fargo, is using Blend’s technology to help the customer start earlier in the loan process and cut down on steps and time spent for both sides. Nima Ghamsari, Co-founder and CEO, Blend Mary Mack, Senior Executive Vice President and Head, Community Banking and Consumer Lending, Wells Fargo Moderator: Jen Wieczner, Fortune Photograph by Stuart Isett/Fortune
Stuart Isett—Fortune

The terms of the deal, including the latest valuation, were not disclosed. A source close to the deal told Fortune, however, that the latest round was “about doubling the series D valuation,” referring to a prior round of fundraising in which investors privately appraised Blend at $500 million, including the $100 million raised, in August 2017, per data provided by Pitchbook, an industry tracker.

Blend digitizes paper processes for more than 150 banks, including Wells Fargo and US Bank. The 7-year-old startup is best known for its mortgage applications and underwriting software, though it also offers products related to home equity, deposit account openings, and homeowners’ insurance.

Michael DeVito, executive vice president and head of home lending at Wells Fargo, said his company and Blend’s “share the same priority,” which includes using technology to make people’s lives easier. He said that working with Blend “has helped us accelerate the pace of innovation and, in doing so, better serve our customers.”

Paul Stamas, a managing director at General Atlantic, a N.Y.-based investment firm, co-led the fundraising deal alongside Temasek, the sovereign wealth fund of Singapore. Stamas said he was excited about Blend’s potential to make the lending process “easier, faster, and more transparent.”

In conjunction with the fundraising, Blend appointed Ann Mather, former chief financial officer of Pixar and current director at Alphabet, Airbnb, and Netflix, to its board of directors. Earlier this year Blend hired Tim Mayopoulos, the former CEO of Fannie Mae, as its president.

Ghamsari got his first taste of the magic of digitizing paper processes when he was selling Magic: The Gathering collectible cards on eBay in the early 2000s. Sales were laborious, and they required waiting days, or weeks, for mailed checks to clear. But when the e-commerce site integrated payments options from an upstart Silicon Valley firm, PayPal, these pain points vanished, Ghamsari said.

After studying at Stanford, Ghamsari later worked for Palantir, a startup cofounded by Peter Thiel, erstwhile CEO of PayPal. Ghamsari got the idea to start Blend while working on the data-mining company’s financial services business amid the 2008 financial crisis.

Ghamsari said he plans to use the newly raised funds to hire more employees at his 400-person company. He also said he would like to expand into new product lines, such as supporting auto loans.

Blend has raised a total of $310 million since its founding in 2012. Existing investors such as Lightspeed Venture Partners, Greylock Partners, 8VC, and Founders Fund also contributed to the latest round of funding.