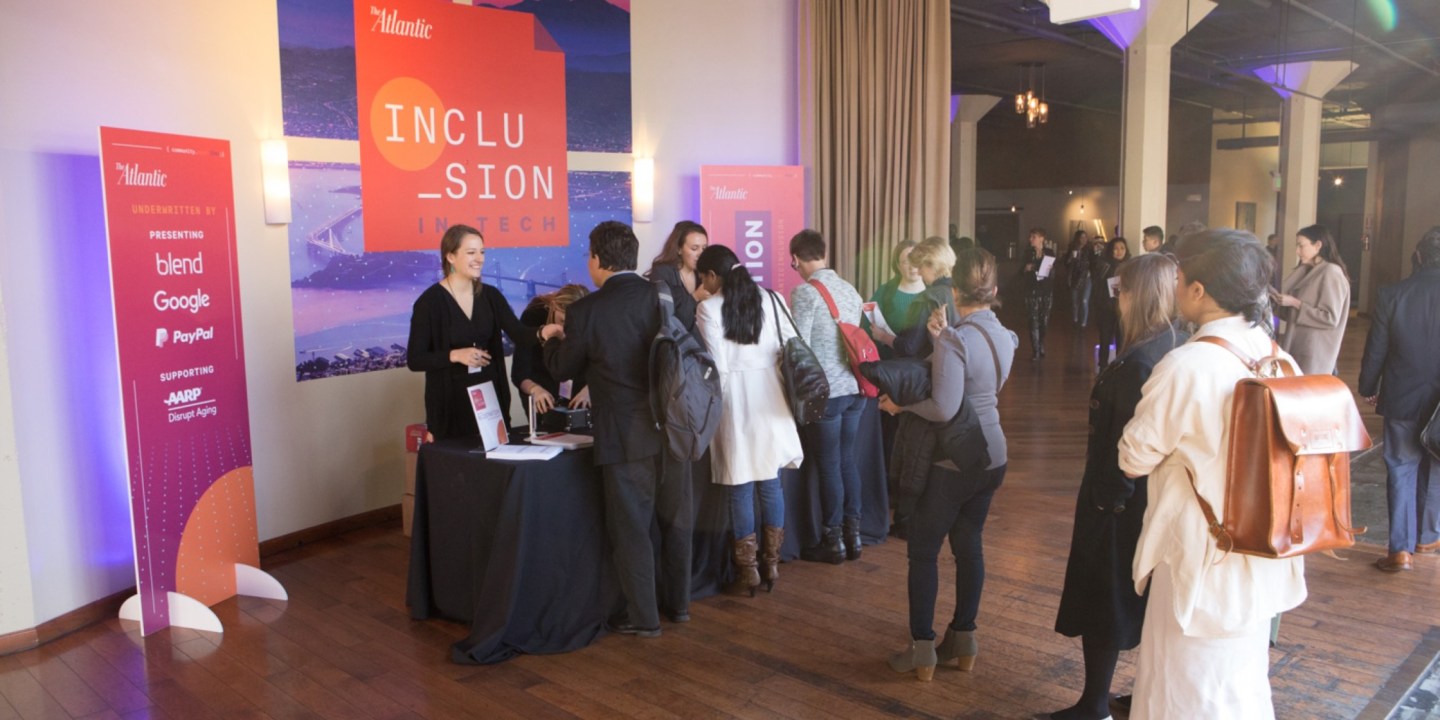 This spring the CEO of Wells Fargo gave a public hat tip to a tiny company in San Francisco called Blend, a creator of white-label software that automates the process of applying for mortgage loans. The Wells leader, Tim Sloan, is hungry for feel-good stories about his embattled bank, and acknowledging that it wasn’t too mighty to reach out for help from a startup qualifies.

I visited Blend at its sunny Financial District office Tuesday. Its CEO, Nima Ghamsari, is in many ways the antithesis of his big-bank business partner. Ghamsari is an Iranian immigrant who grew up in Ohio and studied computer science at Stanford. After a stint helping develop a financial-services practice for the private data-mining firm Palantir—the secretive company helped mortgage lenders streamline the loan-modification process for under-water borrowers—Ghamsari founded Blend in 2012. (The name, he says, is a mashup of “better” and “lending.”) The goal was to eliminate as much as possible of the paper-based nonsense that long has been part of the mortgage-application dodge.

Progress has been gradual but rewarding. Today the company’s product is the “powered by Blend” automated application process for more than 110 U.S. banks, including tiny local banks plus Wells Fargo and U.S. Bank. Winning the Wells business took time. “Years, not months,” says Ghamsari. Now the small firm takes a flat fee on nearly 100,000 completed mortgage applications per month. What was as much as an eight-week process of back-and-forth document requests now happens in near real time.

What’s notable about Blend is that it attacked a segment of the market where big banks already were spending prodigiously on software development. Gone are the days when incumbents turned up their noses at upstarts. Business reinvention demands partners, as Wells Fargo concluded.

As for Blend, Ghamsari says the venture-backed company has “tens of millions of dollars” in annual revenues and 300 employees. It plans to expand soon into software connecting car-loan lenders with consumers.

It isn’t the sexiest business. But it’s solving a real problem. And that’s the true promise of technology.

Partly sunny. At its annual cloud-focused Cloud Next conference, Google unveiled several upgrades to its G-suite of productivity software, including automatic grammar checking and improved security.

When it rains, it pours. The top lawyer at Facebook, general counsel Colin Stretch, is leaving, saying he couldn't effectively lead his California-based team from his home in Washington, D.C. Alex Stamos already left Facebook, where he headed security, in March but not before sending an email to employees urging them to make smarter, more moral decisions. The company got into trouble because of "tens of thousands of small decisions made over the last decade,” he wrote in the email obtained by BuzzFeed. “We need to deprioritize short-term growth and revenue and to explain to Wall Street why that is ok. We need to be willing to pick sides when there are clear moral or humanitarian issues." Meanwhile, the company signed an agreement with Washington state to remove ad targeting filters in categories where they allowed illegal discrimination by race and ethnicity.

Are we disrupted yet? Well behind the competition, Nikon finally announced a high performance camera without a mirror mechanism. But the company didn't reveal pricing, specs, a release date, or even the name of the new system. Sigh. "Nikon will continue to lead imaging innovation with the launch of the new mirrorless camera," the company asserted in its press release.

Good for what ails you. Chinese users of Tencent's WeChat app will be able to access more than one million health articles translated into Chinese from U.S. web site WebMD. Under a deal between the two companies, Tencent will adapt the content for a Chinese audience and focus on diseases most common in that country.

Man in the middle. A pair of Israeli researchers found a flaw in the encryption scheme securing Bluetooth file transfers that could allow hackers to steal data. Many device makers have already issued security patches, so make sure your phone software is up to date.

Phone home. On Wall Street, AT&T reported its total revenue slipped 2% to $39 billion while adjusted earnings per share jumped 15% to 91 cents. But sagging wireless and satellite TV units got investors down and AT&T shares dropped 1% in premarket trading on Wednesday. Verizon shares rose 2% on Tuesday after the company said its revenue increased 5% to $32.2 billion and adjusted earnings per share gained 25% to $1.20. Both companies were among the biggest beneficiaries of the corporate tax cut.

Your margin is my opportunity. Analysts at Bernstein research speculate that Amazon could get into the mutual fund business, likely as a distributor of other company's funds. The e-commerce giant could undercut the price charged by many financial advisers, the analysts noted.

My margin is my opportunity. The European Union fined Asus, Denon & Marantz, Philips, and Pioneer a total of almost $130 million over allegations of online price fixing. The companies pressured and threatened online sellers of everything from laptop computers to audio products and kitchen appliances to raise prices, the EU said.

Thinner and lighter, even thinner and lighter, ever thinner and ever lighter. That seems to be the tech industry's "North Star," as Tim Cook might say, in designing phones, laptops and all kinds of other gadgets (though sadly not the Apple Watch, at least not yet). Well, writer and developer Owen Williams is hoping the industry, particularly Apple, will reconsider. In a piece for Motherboard, he makes the case for thicker and heavier.

While the laptop industry's marketing practices surely need a shake up to make these realities clearer for the user, that isn’t really the core problem: the ‘pro’ industry’s expectations are. From developers to videographers, we’re all forcing increasingly demanding workflows on smaller, thinner laptops every year, when we should be using desktop computers instead. These people are a loud minority, with specific needs, and I don’t think they’ll ever be satisfied.

Desktop computers have fallen out of fashion as consumers moved toward tablets and smartphones, and it got more annoying than ever to keep multiple machines in sync. It almost seems absurd to have a giant box under your desk to get work done, because you’ve got a supercomputer in your pocket, so why can’t a laptop do the same? For Windows and Linux users, you can just build your own PC if you need raw power, which is reasonably cheap. macOS fans, however, are left at Apple’s mercy.

Twitter's Plan to Clean Itself Up Involves Getting Rid of 143,000 Bad Apps By Jonathan Vanian

Facebook Is Opening an 'Innovation Hub' in China By Renae Reints

They are calling it Lingwulong shenqi, or the “amazing dragon of Lingwu." It's a remarkable fossil find in northwest China of a huge, previously unknown dinosaur from the long-necked, small skull family known as sauropods. And because it's 15 million years older than previous sauropod fossils—and the first of its kind found in China—it may force a rethinking of much of the history of this branch of the dinosaur family tree.