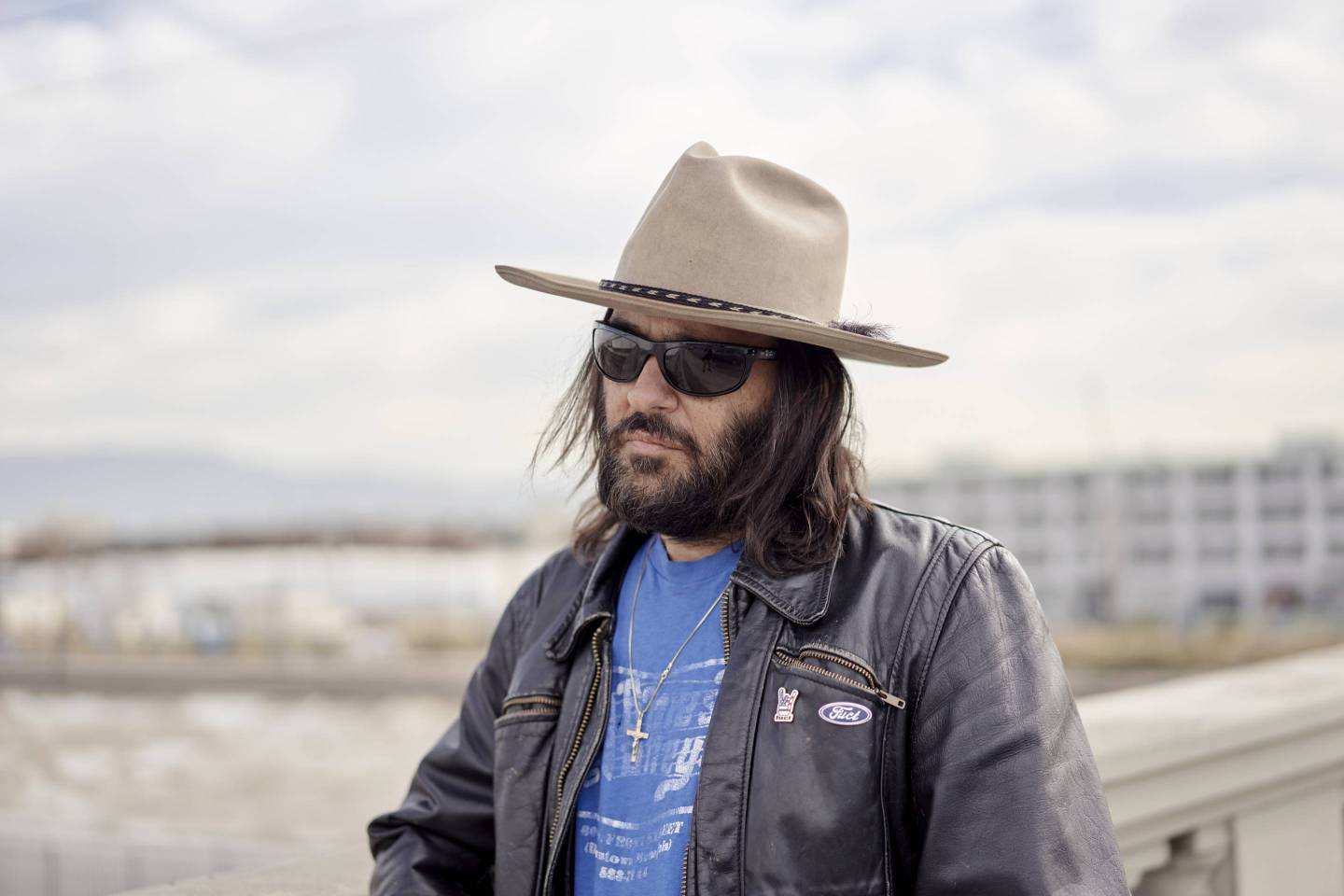 LOS ANGELES, CA - APRIL 11: Erik Brunetti, artist, designer, director and founder of the lifestyle and clothing brand 'FUCT', poses for a portrait near his studio in downtown Los Angeles, California on April 11, 2019. Brunetti had won a case against the Patent and Trademark Office to register his trademark 'FUCT'. Previously, the office denied the registration attempt as they deemed the name "scandalous" or "immoral". Now the Trump administration has hauled the case all the way up to the Supreme Court, asking it to back up the original decision. (Photo by Philip Cheung for The Washington Post via Getty Images)
The Washington Post The Washington Post/Getty Images

The U.S. Supreme Court has ruled in favor of a streetwear clothing line that sounds a lot like the F-word can trademark its name.

In a battle for free speech, the high court on Monday said that Los Angeles-based company called FUCT can receive federal trademark protection after the U.S. trademark office said the company violated the law over “immoral or scandalous” trademarks.

The ruling is considered a victory for longtime streetwear clothing designer and artist Erik Brunetti who co-founded his company selling hooded sweatshirts, loose-fitting pants, shorts, and T-shirts in 1990 with a shrewd name questioning authority and society. The FUCT name is short for “FRIENDS U CAN’T TRUST.”

In a 19-page opinion, the Supreme Court struck down a 100-year-old provision of a federal law banning registration of proposed trademarks that are scandalous if they are “shocking to the sense of truth, decency, or propriety” or “disgraceful, offensive, disreputable.”

In a mix between liberals and conservatives, Justices Elena Kagan, Samuel Alito Jr., Clarence Thomas, Ruth Bader Ginsburg, and Neil Gorsuch ruled in favor. They argued that the statute doesn’t stand because it “infringes the First Amendment” and “disfavors certain ideas.”

Despite its counterculture marketing, whenever Brunetti tried to register the company’s name with the federal trademark, he was told it was too scandalous and offensive.

In the favoring opinion, Kagan said while the company is pronounced as four letters, one after the other: F-U-C-T. “But you might read it differently, and if so, you would hardly be alone,” she said. The court said the century-old provision of the law is “viewpoint discrimination.”

“What is scandalous?” Kagan wrote. “It goes against society’s current view of morality, and that is viewpoint discrimination.”

Meanwhile, conservative Chief Justice John Roberts, and liberal Justices Stephen Breyer and Sonia Sotomayor offered partial dissents. The 6-3 ruling in the case, Iancu v. Brunetti, could lead to more requests to trademark words that may be considered lewd, profane, and vulgar. Breyer wrote that “these attention-grabbing words,” especially appearing in public spaces, could lead to “the risk of verbal altercations or even physical confrontations.”

“Just think about how you might react if you saw someone wearing a t-shirt or using a product emblazoned with an odious racial epithet,” Breyer said.

However, Justice Alito Jr. wrote in a concurring opinion that the high court’s opinion “is not based on moral relativism but on the recognition that a law banning speech deemed by government officials to be ‘immoral’ or ‘scandalous’ can easily be exploited for illegitimate ends.

Alito Jr. also encourages Congress to adopt “a more carefully focused statute that precludes the registration of marks containing vulgar terms that play no real part in the expression of ideas.” He also admitted that such trademarks “serves only to further coarsen our popular culture,” and that the justices are “not legislators and cannot substitute a new statute for the one now in force.”

Monday’s decision for Brunetti arrives nearly two years after the U.S. Court of Appeals for the Federal Circuit also ruled in his favor. In an interview on a streetwear magazine site last month, Brunetti said a Supreme Court win will give him a sense of freedom.

“I’ll be able to shut down the tremendous amount of bootlegging that’s been happening for years. It will also enable me to eventually sell the brand if I so choose,” Brunetti said. “In regards to other brands, it’s going to allow Jason Dill to register his brand (F—— Awesome). Therefore he’d be able to expand from where they already are, for example.”

Brunetti also told the site that he and his co-founder, pro skateboarder Natas Kaupas, thought it would be clever to call the brand FUCT and present it as very corporate.

“So you had to question the pronunciation of the name based on the way it looked,” Brunetti said. “It was very premeditated. We didn’t wanna just call it FUCT to make it look crazy. We wanted it to be confusing.”