Follow the Money for the Truth About Tech, From Valuations to VR 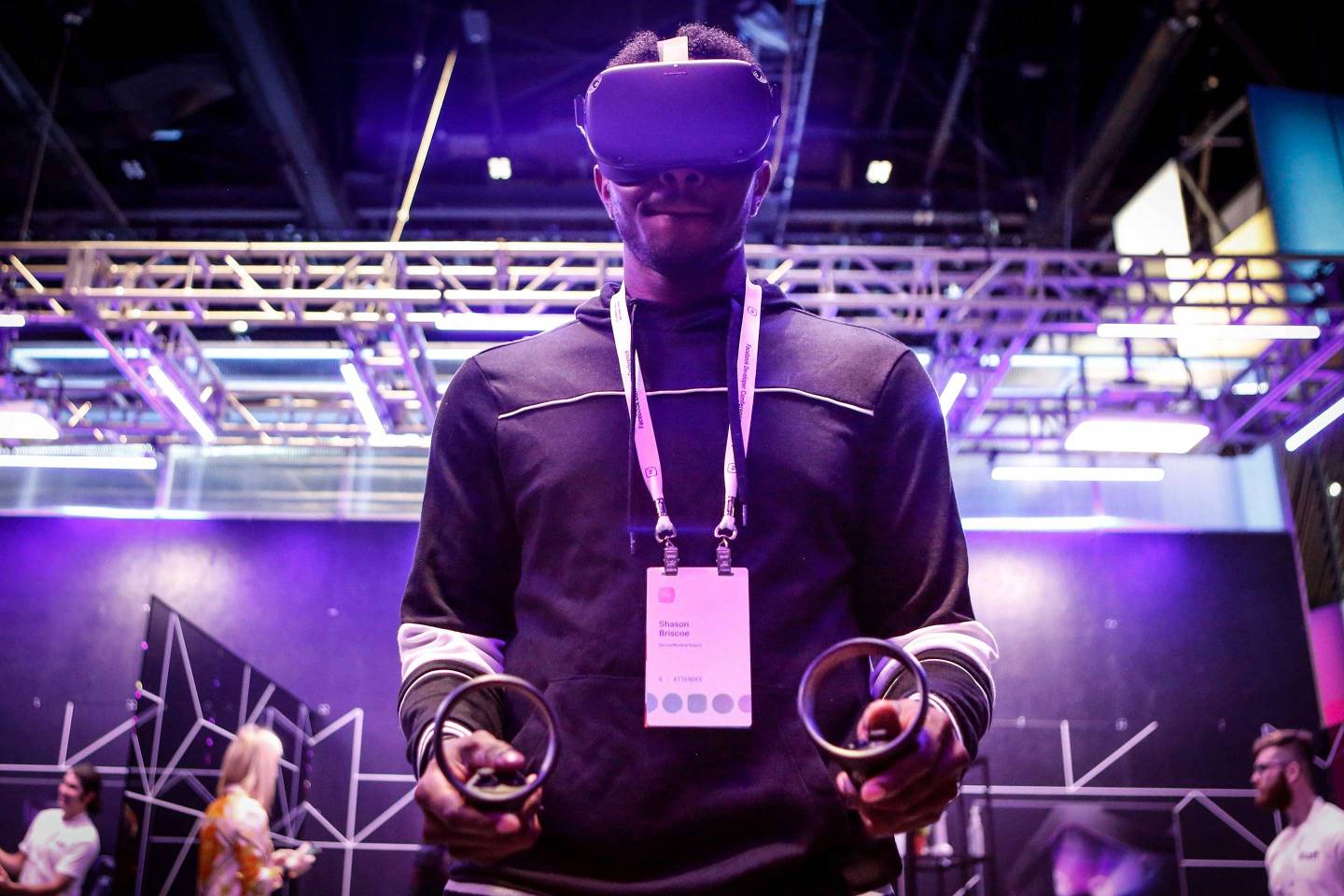 An attendee tries out the new Oculus Quest at the Facebook F8 Conference at McEnery Convention Center in San Jose, California, on April 30, 2019. - Got a crush on another Facebook user? The social network will help you connect, as part of a revamp unveiled Tuesday that aims to foster real-world relationships and make the platform a more intimate place for small groups of friends. (Photo by Amy Osborne / AFP) (Photo credit should read AMY OSBORNE/AFP/Getty Images)
Amy Osborne—AFP/Getty Images

At the end of May, when Uber filed its first earnings report as a public company, the ride-hailing titan revealed it had an impressive $3 billion in revenue for the quarter. Trouble is, it had spent just over $4 billion to produce it.

Earlier in that month, Uber’s road rival Lyft, which also went public this year, revealed an even bigger splotch of red ink—$1.1 billion worth, on $776 million in revenue—in its debut quarterly report. That net loss, as it happens, was nearly five times the size of the $234 million hole it had dug in the same period of 2018. (Progress.) And then there’s Tesla, which has lost a cumulative $6.6 billion since 2006. Investors, for their part, are currently rewarding it with a $40 billion market cap.

It has become all but axiomatic that to succeed in the new economy, companies have to spend with abandon; in burgeoning marketplaces that quickly morph into winner-take-most, startups have no choice but to grab whatever share they can, as fast as they can, and box out the competition. They have to triple down on technology, on marketing, on top-tier talent because, after all, that’s what Apple did. And Amazon. And Google.

Except, dear readers, it wasn’t.

That’s what Fortune’s Shawn Tully discovered when he went back through years of financial statements for Apple, Amazon, Google (now Alphabet), and Facebook. “It turns out the assumption that successful tech companies burned lots of cash in their youth isn’t merely wrong—it’s staggeringly wrong,” he writes.

Shawn calculated the free cash flow (cash generated from operating activities minus capital expenditures) of these giants back to their pre-behemoth days and found that Google—quite strikingly—had apparently never been cash-flow negative. Apple and Facebook, meanwhile, had just fleeting periods when they lived beyond their means. And Amazon, which is most-often cited as the exemplar of “spend money to make money,” was also far more frugal than today’s unicorn-chasers realize. Even in the periods when its free cash flow was negative, the burn rate was modest compared with total sales.

In business, as Shawn’s terrific analysis proves out, nothing bursts the conventional wisdom quite like math does. And Exhibit B in this maxim is this issue’s cover story—Aric Jenkins’s wonderful tale of the rise and fall and … could it be? … rise anew of virtual reality. Five years ago, when Facebook shoveled out $3 billion to buy VR headset maker Oculus, it seemed to many of the technoscenti that virtual reality would be the next dimension for global recreation. Venture capitalists rushed to finance VR startups—investing more than $850 million in 2016—only to see the market fizzle for lack of consumer interest.

Again, here’s some math: Last year, Oculus shipped just 354,000 units of its flagship headset, according to one industry watcher—which is equivalent to about 2% of the 17 million or so PlayStation 4 consoles Sony sold during the same period.

Why the fizzle? The clunky gear and the lofty price points played a part, Aric explains. But the real limiting factor was the lack of a good reason to wear that clunky gear and pay those prices: The applications just weren’t engaging enough to absorb players day in and day out.

That may at last be changing, however. As Aric reports, VR has upped its game—and a number of developers have found some compelling enterprise-related uses for the tech, too.

It just may be that virtual reality is the real thing, after all. But I’d suggest you read Aric’s feature before you take that first plunge.

A version of this article appears in the July 2019 issue of Fortune with the headline “Follow the Money.”

—The Huawei ban is hurting some companies, but it may help others