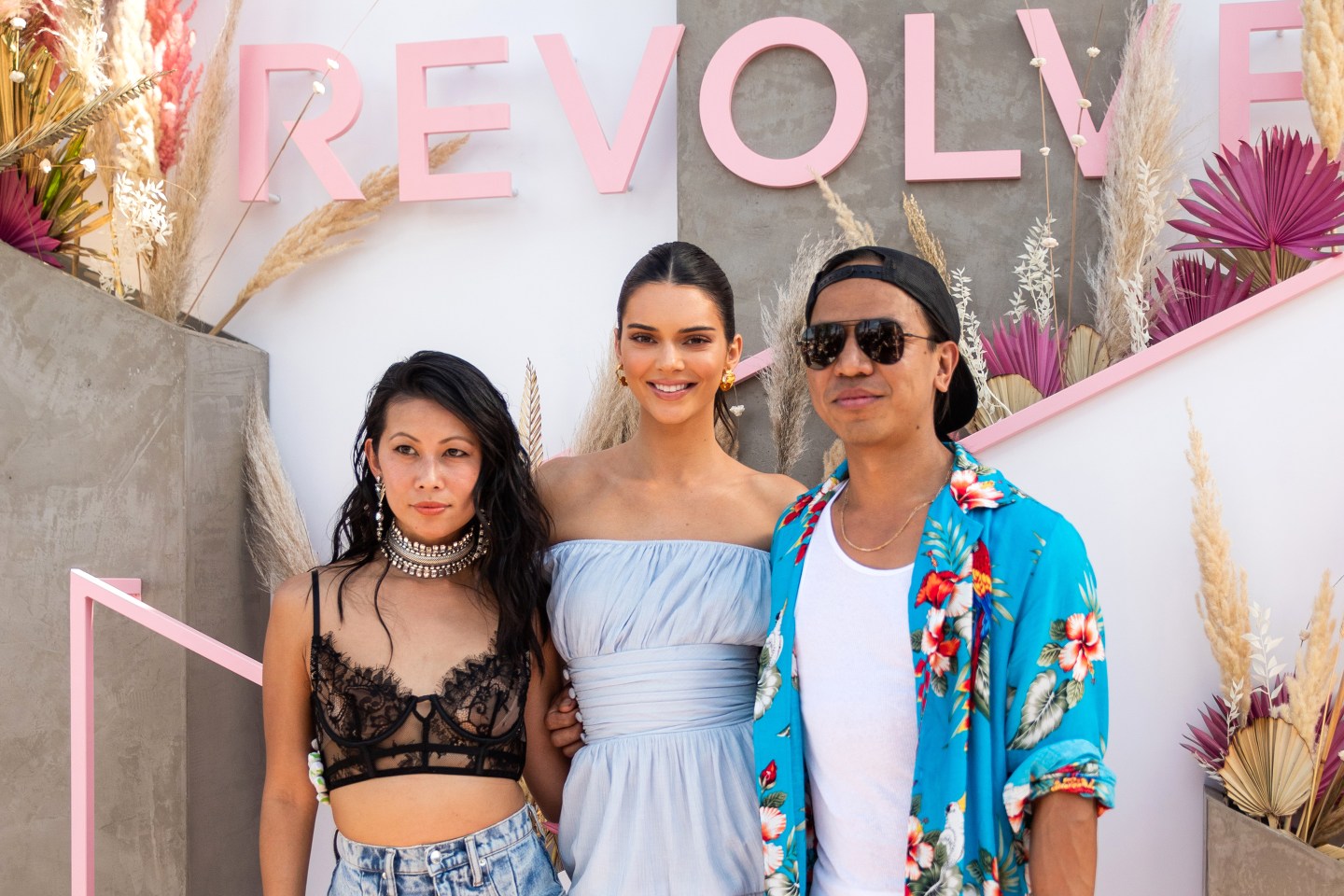 Selling on the New York Stock Exchange under the symbol RVLV, shares quickly climbed to $27.01, 50% above their IPO price, valuing Revolve at about $1.8 billion. By mid-afternoon, the stock price exceeded $34.

This year, three other e-commerce companies have gone public in the U.S., raising a combined $471 million, according to data compiled by Bloomberg. That’s amid a surge of higher-profile listings including Uber Technologies Inc.’s $8.1 billion IPO in May. Overall, 74 companies have now raised $26.83 billion so far this year in U.S. listings, the data shows.

Filling a void in fashion retailing

With a website and Instagram shopping, Revolve focuses on millennial customers, the generation that’s currently in their mid-20s to late-30s, according to its prospectus. Many of its customers learn of the brand on its Instagram account with more than 5.5 million followers, as well as at social events such as the Coachella music festival, and through a network of more than 3,500 influencers such as Kendall Jenner—users with large followings on social media.

The company was founded in 2003, seeking to fill what executives saw as a void in fashion retail.

“We believed that traditional retail was either too mass or too limited, struggled to consistently provide on-trend merchandise, and was failing to connect with younger consumers,” according to Revolve’s prospectus.

Revolve hones its merchandise, pricing, and inventory strategies through a proprietary technology platform and “trend-forecasting algorithms.” This system leverages “data from a vast net of hundreds of thousands of styles, up to 60 attributes per style, and millions of customer interactions, creating a strategic asset of hundreds of millions of data points,” the company said.

Revolve describes a business of “constant newness, with over 1,000 new styles launched per week on average, while mitigating fashion and inventory risk. As a result, in 2018, approximately 79% of our net sales were at full price, which we define as sales at not less than 95% of the full retail price, an increase from 75% in 2017.”

Only a quarter of the Class A shares issued in the IPO were sold by the company, according to the filing. The remaining $8.8 million shares were sold by current investors.

Those shares will carry one vote each, while Class B shares will have 10 votes each. That will give the Class B owners about 98% of the voting rights, according to the filings. MMMK Development Inc., an entity controlled by co-chief executive officers Michael Karanikolas and Michael Mente, will control 67% of the voting power.

Revolve plans to use the proceeds to buy back stock from existing stakeholders and to continue growing the company, its filing shows.

Last year, 18% of the company’s sales came from outside the U.S. Revolve cautions that expanding internationally will likely require fulfillment centers, among other expenditures.

The company also warns its manufacturing operations in China could be affected by the political and economic climate there, as well as by tariffs imposed by the U.S. government.