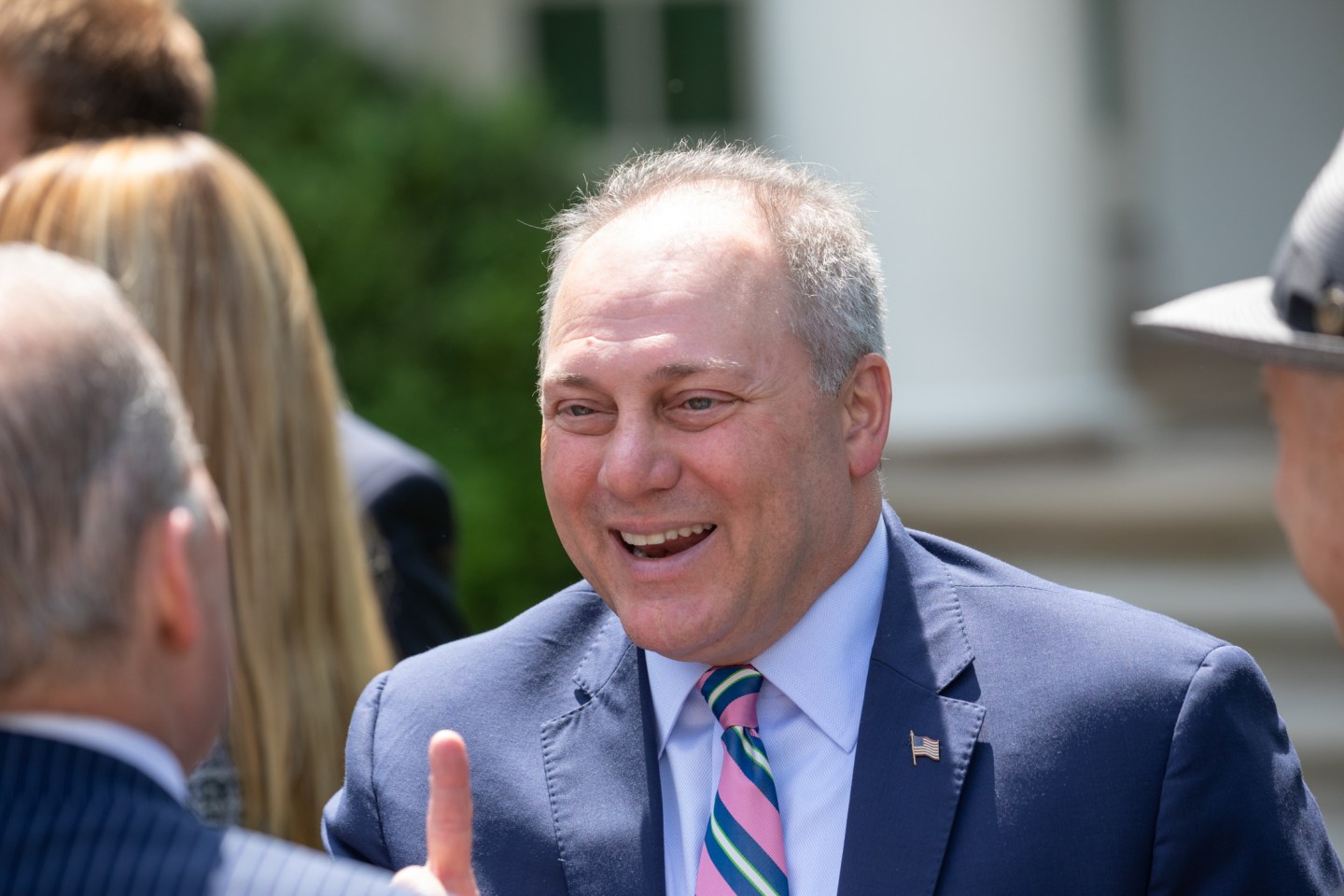 The second-ranking House Republican and a key Democrat say they’ll push to end broadcasters’ ability to black out signals during negotiations with cable and satellite service providers.

Republican Whip Steve Scalise and senior Energy and Commerce Committee member Anna Eshoo said Monday they will unveil a bill in the coming weeks. It’s likely to set off a fierce lobbying battle between broadcasters, which would lose negotiating leverage, and cable providers, which stand to benefit.

“Our legislation will allow for greater competition in the marketplace and will empower consumers with more freedom to watch their favorite programming,” Scalise of Louisiana, who has focused on the issue since before joining Republican leadership, said in a statement.

“The system today leaves consumers being held hostage to blackouts due to disputes between companies. Our bipartisan approach will eliminate blackouts and stem the rising costs,” said Eshoo of California. The number of blackouts has doubled in the last five years, she said.

At issue are conflicts over fees charged by television stations for cable providers to use the broadcast signal. If the sides don’t agree on fees, the broadcaster can withhold network programming, including sports, from cable systems.

A House Energy and Commerce subcommittee plans to hold a hearing Tuesday on a provision requiring good-faith negotiations during talks over fees, which is set to expire Jan. 1.

Fights over programming fees have grown more intense as cable TV loses subscribers to services such as Netflix Inc. Both sides — broadcast and cable TV — risk angering consumers by allowing blackouts to occur as cable services negotiate for the lowest possible fee and broadcasters seek the most for their news and entertainment programming.

Broadcasters, which have a powerful presence on Capitol Hill, have opposed proposals to change rules for the negotiation process.

“When there is a rare carriage impasse, it typically lasts hours or days, not weeks or months,” Dennis Wharton, a spokesman for the National Association of Broadcasters, said in an email. The trade group says Congress shouldn’t interfere with the process, which it characterizes as “private, market-driven negotiations.”

The American Television Alliance, a group representing companies that buy programming from TV networks, welcomed the lawmakers’ proposal. Trent Duffy, a spokesman, in an email called it “the latest sign that bipartisan momentum is growing to fix our broken retransmission consent system.”

Members of the group include AT&T Inc., Dish Network Corp. and cable provider Altice USA Inc. There have been 62 blackouts so far this year and 165 last year, the group said.

The fees, known as retransmission compensation, have become a significant source of revenue for broadcast networks. The fees skyrocketed to $10 billion in 2018 from $215 million in 2006, and may make up about 34% of total TV station revenue by 2023, according to Bloomberg Intelligence.

—These are the U.S. states that passed “heartbeat bills”