The New Tulsa: This Revamped Art Deco Hotel Is Emblematic of a City Revived 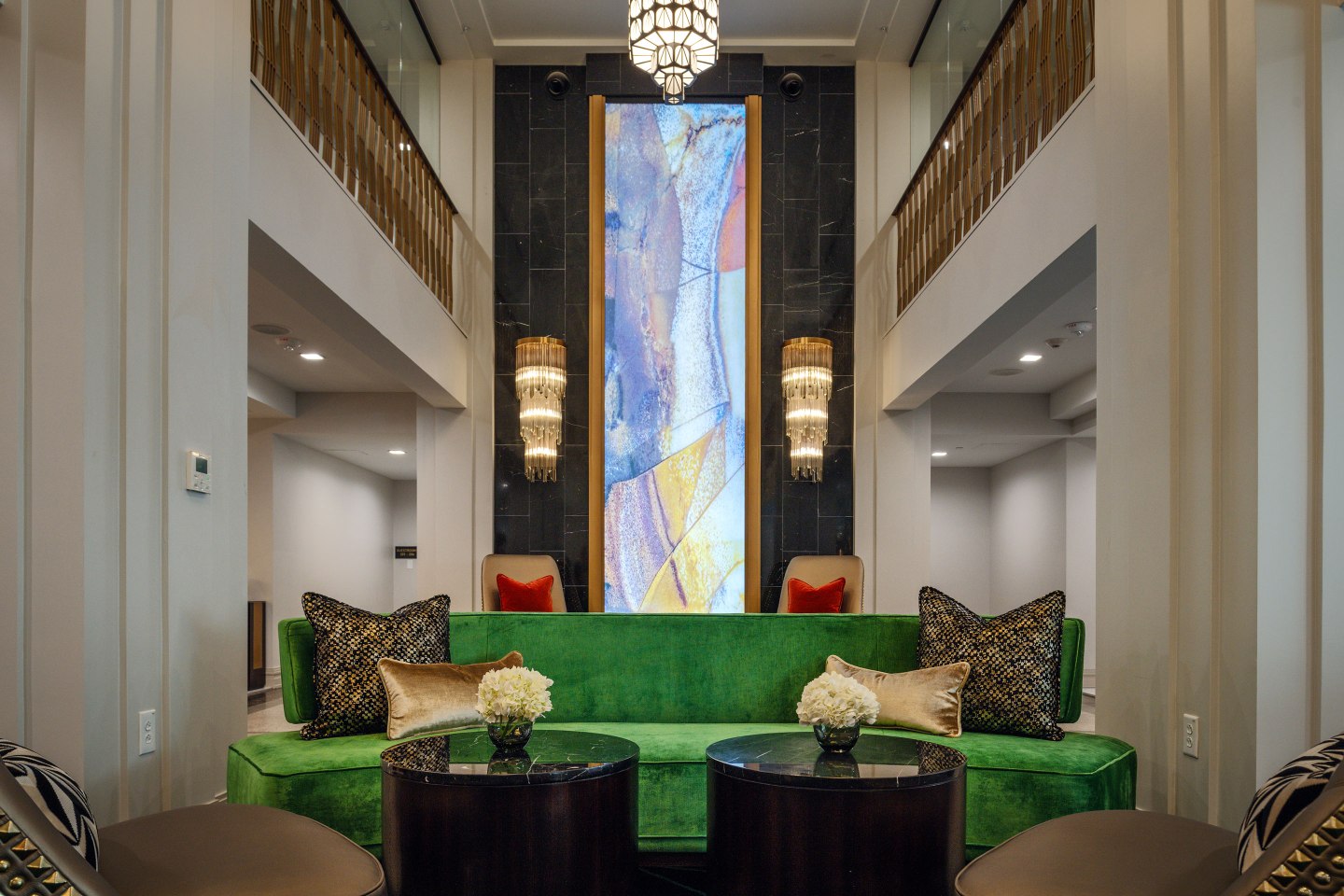 On April 18, the doors opened to the Tulsa Club—an 11-story, 96-room hotel in a historic Art Deco building—and drew a line directly from the old Tulsa, Okla. it was originally built for and the new Tulsa that it will serve.

The building first went up in 1927, all Italian stonework and flashy design, a joint project between the Tulsa Regional Chamber of Commerce and the members of the elite gentleman’s club from which the hotel draws its name. On the top six floors of the building—and later in the entire space—Tulsa Club members dined in their grand ballroom, relaxed in Turkish baths, and got their haircut in the barbershop. It was a lavish building, emblematic of the oil-boom town culture at the time.

By 1994, the club abandoned the building, which was sold and sold again, before falling into disrepair. In 2015, a developer called the Ross Group purchased it to turn into the current iteration of the hotel.

The building survived three fires while it sat vacant, says Kimberly Honea, the Tulsa Club’s vice president of sales and marketing. “The fire department said it probably made it even stronger.” It’s a history that seems to track directly to the boom-bust history of Tulsa itself.

Today, the hotel, part of Hilton’s Curio Collection (HLT), sits on the edge of the Art Deco District, where it shares a block with other treasures of the opulent architectural era. (Visitors can take a tour with the Tulsa Architecture Foundation to learn more about the buildings.) But it also sits within walking distance of the Arts District, where new baseball stadium ONEOK Field sits, and the thriving artistic community of the city earns the area its name.

To the east, microbreweries spring up like geysers, and to the south, Tulsa’s brand new $465 million-dollar park opened just a few months before the hotel, stretching 100 acres along the shores of the Arkansas River. The park, called Gathering Place, was built with private money and donated to the city with the goal of creating a space that fosters equality.

This is the new Tulsa. This is the Tulsa inspiring young adults, who once thought the definition of success would be to get out of the town, to move back home. This Tulsa has a Picasso painting that shares a room with a Kehinde Wiley. This is the Tulsa that lights up one of the tallest buildings in rainbow colors on the night of a gala in celebration of LGBT rights.

And though the hotel sits in the space where only men could drink scotch, smoke cigars, and play racquetball, the fancy tile work, marble entryway, and terrazzo flooring seem ready to greet the new era. The exterior remains unchanged since 1967, but the inside is remodeled. Many of the architectural details remain intact, but others have been recreated, like the restaurant in the old grand ballroom. Called Chamber (the bar in the lobby is Commerce), it hints at the building’s past, serving the original tomato juice and pastries that the Tulsa Club was known for at its Sunday brunches (which were open to the public).

But it’s only winks to look backwards; a few threads that help the hotel connect to old Tulsa as well as the up-and-coming new Tulsa. “It’s cool to be a part of the revitalization,” says Honea, noting that the rise of the building tracks to the heyday of Tulsa, when it was a more popular destination. When the building fell into disrepair in the late 1990s, so too did the city. Now, both are back.

Any longtime local you chat up in a craft cocktail bar or sit down with at the new food hall, Mother Road Market, will likely shake his or her head and say how different downtown was eight years ago. But there’s a growing group of younger residents who don’t remember that time: the New Yorkers, Baltimoreans, and Californians who chose to move here as the city is poising and preening itself once again be a destination for the sophisticated traveler. And the Tulsa Club is ready to be their hotel of choice.

—These Eastern European winemakers are on the cutting edge

—A guide to the food and wine capital of South Africa