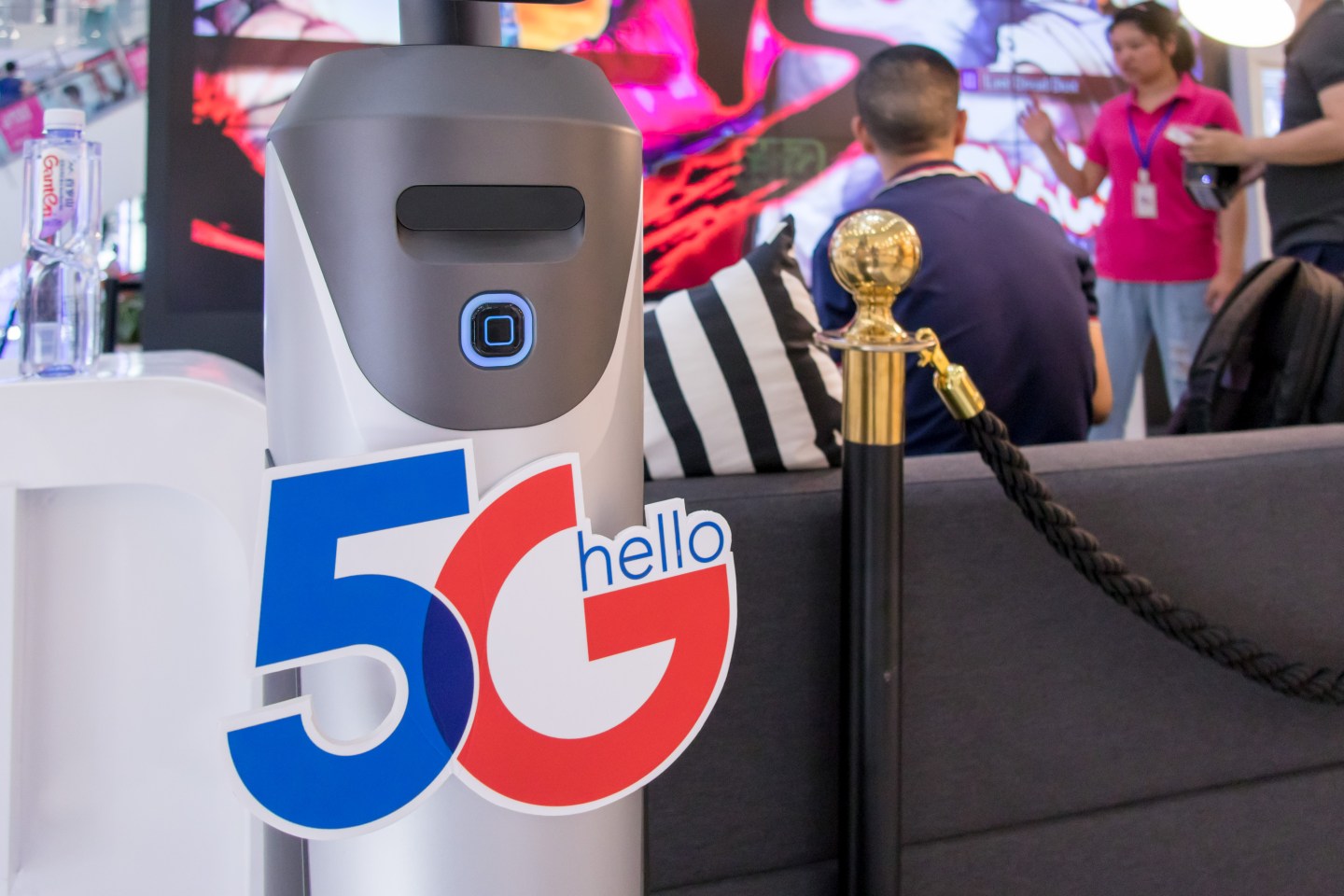 In all the excited commentary about how 5G will change the world, here’s one prediction that’s only coming into focus now: it could be the spark that ignites a new Cold War.

The Chinese government said yesterday that if the U.S. wants trade talks to continue, it needs to correct its “wrong actions.” That seemed to be a reference to new sanctions the U.S. put on the telecom company Huawei, which provides critical 5G equipment to telco companies around the world. Secretary of State Mike Pompeo returned fire by accusing Huawei executives of lying when they claimed not to work with the Chinese government. The Huawei dispute is no longer a sideshow in the U.S. China trade spat; it’s the main event.

Meanwhile, the 5G confrontation could rescue another company–Qualcomm–which also makes critical components of 5G infrastructure. In her ruling against the company on antitrust grounds this week, Judge Lucy Koh was brutal in accusing the company’s top executives of, well, dissembling. She said CEO Steve Mollenkopf testified he wasn’t aware of Qualcomm ever exercising its right to cut off chip shipments to a customer if there was a dispute over royalties, even though there was evidence that the company had done just that to Sony, and threatened to do it to seven other companies. Still, Bloomberg’s Shira Ovide speculates that in spite of Judge Koch’s ruling, the U.S. government may come to Qualcomm’s aid, in order to maintain its position in the 5G race.

Then there was this piece yesterday in The Verge, which asked: why is the 5G race even a race? The U.S. and China are moving toward building independent 5G networks on competing technology. Does it really matter who gets there first? “After all,” the story points out, “we already have some of the slowest and most expensive networks in the world, and Apple and Facebook have not yet relocated to South Korea.”

More news below. And speaking of races, be sure to read Jeff Ball’s piece on the race to build a better battery, here.

U.S. futures are in the green today after a lousy Thursday that saw the Dow fall 286 points. The Hang Seng is up 0.3%, the Shanghai Composite essentially flat and the Stoxx Europe 600 up 0.4%. It seems everyone is feeling (relatively) positive about President Trump's suggestion that the Huawei situation could be resolved as part of a U.S.-China trade deal. It's unclear how that would fix the supposed security threat that the company's wares present. BBC

British Prime Minister Theresa May has finally resigned as leader of the Conservative Party today, or at least said she will resign on June 7. Thus follows an election for the party's new leader, most likely hardcore Brexiteer Boris Johnson, who would then become prime minister. If it is Johnson, expect more centrist MPs to quit the party, the precipitation of a new general election, and quite possibly the dreaded "no-deal Brexit." Guardian

It's pretty obvious that the trade war would mean bad things for the world's biggest shipping firm, but here it is from Maersk's own mouth: the Danish giant is "still facing considerable uncertainties," CEO Søren Skou said in a results statement (Q1 EBITDA ever so slightly below analyst expectations at $1.24 billion.) He continued: "Volumes on trans-Pacific trade between Asia and North America have shown signs of decline and new tariffs can potentially reduce expected growth in global container volumes by up to 1 percentage point." CNBC

Facebook has reportedly been talking to cryptocurrency exchanges including Gemini, the regulator-friendly one founded by Tyler and Cameron Winklevoss, in the run-up to the expected release of Facebook's own cryptocurrency. Yes, the same Winklevoss twins who sued Mark Zuckerberg for pinching their social network idea. Financial Times

The FAA could reportedly green-light the Boeing 737 Max's return to the skies as soon as a month from now. That would be good news for Boeing, as it would minimize its costly grounding in the U.S., but as noted yesterday, it doesn’t mean other global regulators will follow suit immediately. Reuters

The U.S. charges against Wikileaks' Julian Assange just strayed more obviously onto First-Amendment-threat territory. Having already been indicted for computer crimes, Assange has now been indicted for espionage too, which means he could face decades behind bars if the U.S. successfully gets him extradited there from the U.K., where he is already serving time for jumping bail. New York Times

The European Parliament elections are in full swing, and yesterday the U.K. and the Netherlands were the first EU countries to hold votes. Nigel Farage's Brexit Party is likely to have won the most British votes, but there seems to have been an upset for Dutch populists—according to exit polls there, the far-right Forum for Democracy only came in third, despite topping polls ahead of the election. Reuters

TIAA CEO Roger W. Ferguson, Jr. and AARP CEO Jo Ann Jenkins have written a piece for Fortune praising legislation that’s passing through Congress that would "help to close significant gaps between the resources Americans need for retirement and the resources they have." The House has approved it, and if the Senate and President Trump follow suit then "they can embrace a rare bipartisan opportunity to help improve the retirement of many Americans." Fortune