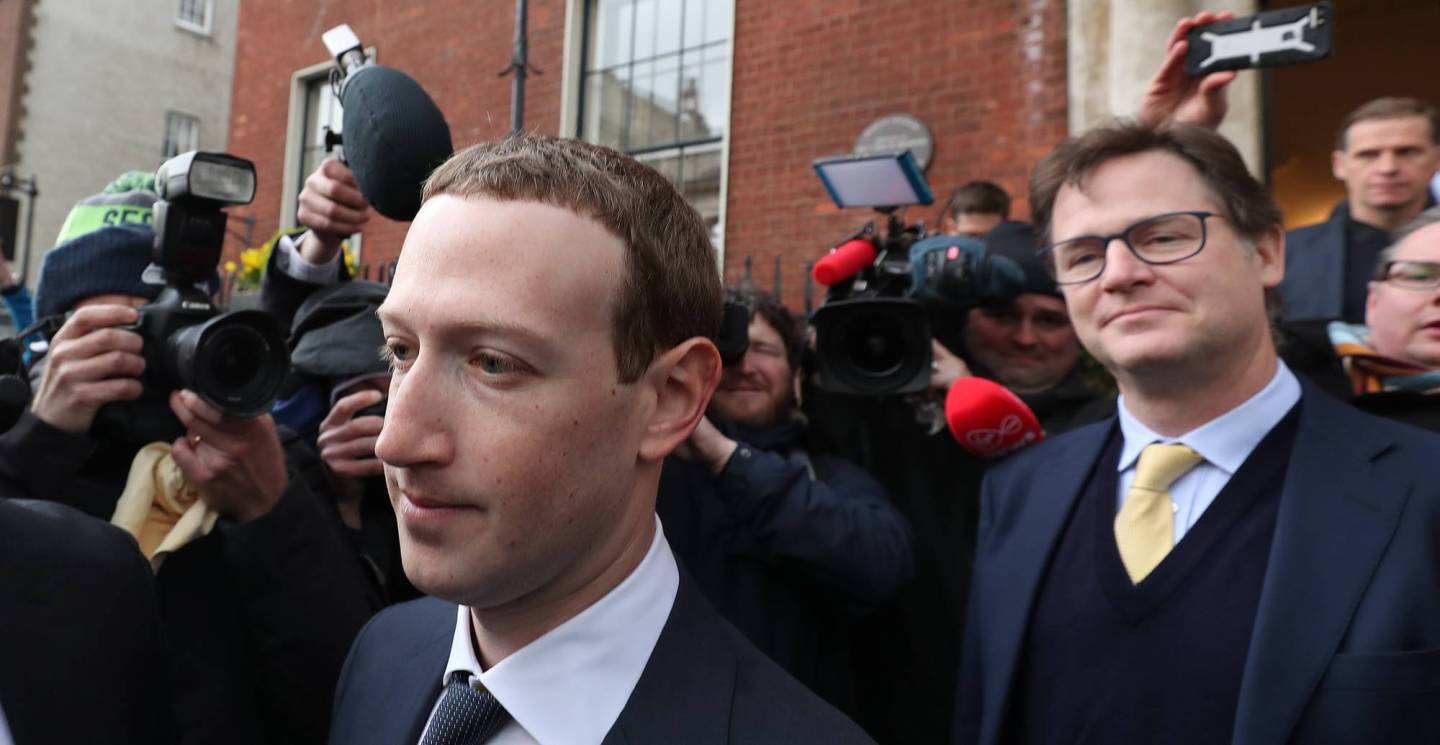 Nick Clegg, Facebook’s vice president for global affairs and communications, had zero experience as a corporate spokesman before taking the job. But he seems to have fit right in at the online publisher in terms of making side-stepping arguments that have the merit of being accurate if distracting.

Clegg wrote a response in The New York Times to the break-up-the-company bombshell dropped last week by Chris Hughes, a Facebook co-founder. Clegg makes the specious argument that because Facebook is a successful American company it shouldn’t be dismantled for having accumulated too much power. “Success should not be penalized,” writes Clegg, who also misstates the Hughes argument by declaring that U.S. antitrust laws “are not meant to punish a company because people disagree with its management.”

Nobody, including Hughes, has suggested Facebook is a menace due to some sort of disagreement with how Mark Zuckerberg, Sheryl Sandberg, and their merry crew of democracy- and publishing-industry vanquishers have managed their behemoth. The argument, instead, is that Facebook’s sheer size and demonstrated carelessness dictate that it be de-fanged a bit so it can do less harm. (Check out Alan Murray’s endorsement of the Hughes manifesto in CEO Daily, where Murray reveals the support for regulating Facebook among corporate bigwigs.)

In the acerbic words of Times columnist Maureen Dowd, who adds Donald Trump to the list of digital miscreants: “It’s time for all our social-media-addicted dictators—in the D.C. swamp and in Silicon Valley—to have their wings clipped.”

I erred Friday by calling venture capitalist Andrew Chung’s new firm by the wrong name. It is 1955 Capital. My goof prompted me to ask Chung the significance of the year. He reports that “1955 is the year that one generation of revolutionaries gave way to another; Einstein died that year, as did Alexander Fleming (who discovered penicillin) and Charlie Parker. Born that year? Bill Gates, Steve Jobs, Eric Schmidt, and my old partner Vinod Khosla.”

As some of you know, I ride a share bike to and from work every day—and a good many other places too. I love it. I love zipping by the cars, getting a tiny bit of exercise, and not getting stuck in traffic. Two medical centers in Wales think the health benefits of commuting by bike are so good that they’re offering to pick up the tab for their customers. I applaud them. That said, shame on The New York Times for illustrating its otherwise fine article about the offer with a photo of a London bikeshare rider without a helmet. Trading one health risk for another defeats the purpose.

Fox guarding henhouse. In other Facebook news, the social media giant revealed on Friday that it's suing South Korean firm Rankwave for alleged misuse of data. Somewhat like Cambridge Analytica, Rankwave lured consumers to connect on Facebook with offerings that actually sucked up huge amounts of data that could be used to target third party ads.

Honk if you agree with me. Traffic is getting worse all over, but who can we blame? Obviously not Adam on his rental bike. A new study of San Francisco's jams finds Uber and Lyft were responsible for two-thirds of the 62% increase over the past six years.

Tracking the trackers. While Hosain Rahman's last company, Jawbone, failed despite $1 billion of venture capital, the entrepreneur is back, raising $65 million for his next idea, Jawbone Health. The startup will offer subscriptions to analyze customers' health data collected from other companies' fitness trackers, it seems.

Food fight. Kids' school lunch data may be more valuable that you thought. Keith Wesley Cosbey, the CFO of San Francisco-area startup Choicelunch, was arrested in April over charges he hacked into rival LunchMaster's computers and stole data about what hundreds of kids were eating.

It seemed like a godsend, but it's turning out to be too good to be true. That age old story is repeating itself in West Virginia, where the nonprofit Mined Minds promised to teach former coal workers and other unemployed people how to program. New York Times reporter Campbell Robertson finds not many pleased participants.

Over two dozen former students in West Virginia are pursuing a lawsuit, arguing that Mined Minds was a fraud. Out of the 10 or so people who made it to the final weeks of Ms. Frame’s class in Beckley, only one formally graduated. He is now delivering takeout. “It was a too-good-to-be-true kind of deal,” said Billyjack Buzzard, 33, who attended another class and was the only former West Virginia coal miner to finish classes and get a job with the program. He was fired after 14 months and went back underground. “Just false hope.”

Behind the Scenes: What Went Into the Mother's Day Google Doodle By McKenna Moore

The Dolomites: Where Italian Cuisine and Adventure Reach New Heights By Alexandra Kirkman

Even if you're not a big basketball fan, or, like me, your favorite NBA team has already been bounced from the playoffs, you can still be impressed and delighted by this last second shot by the Toronto Raptors' Kawhi Leonard to win a game and a series against the Philadelphia 76ers. Mayhem and chaos and then euphoria versus devastation.