Trump Wants to Be ‘King’ and Congress Can’t Allow It, Nadler Says 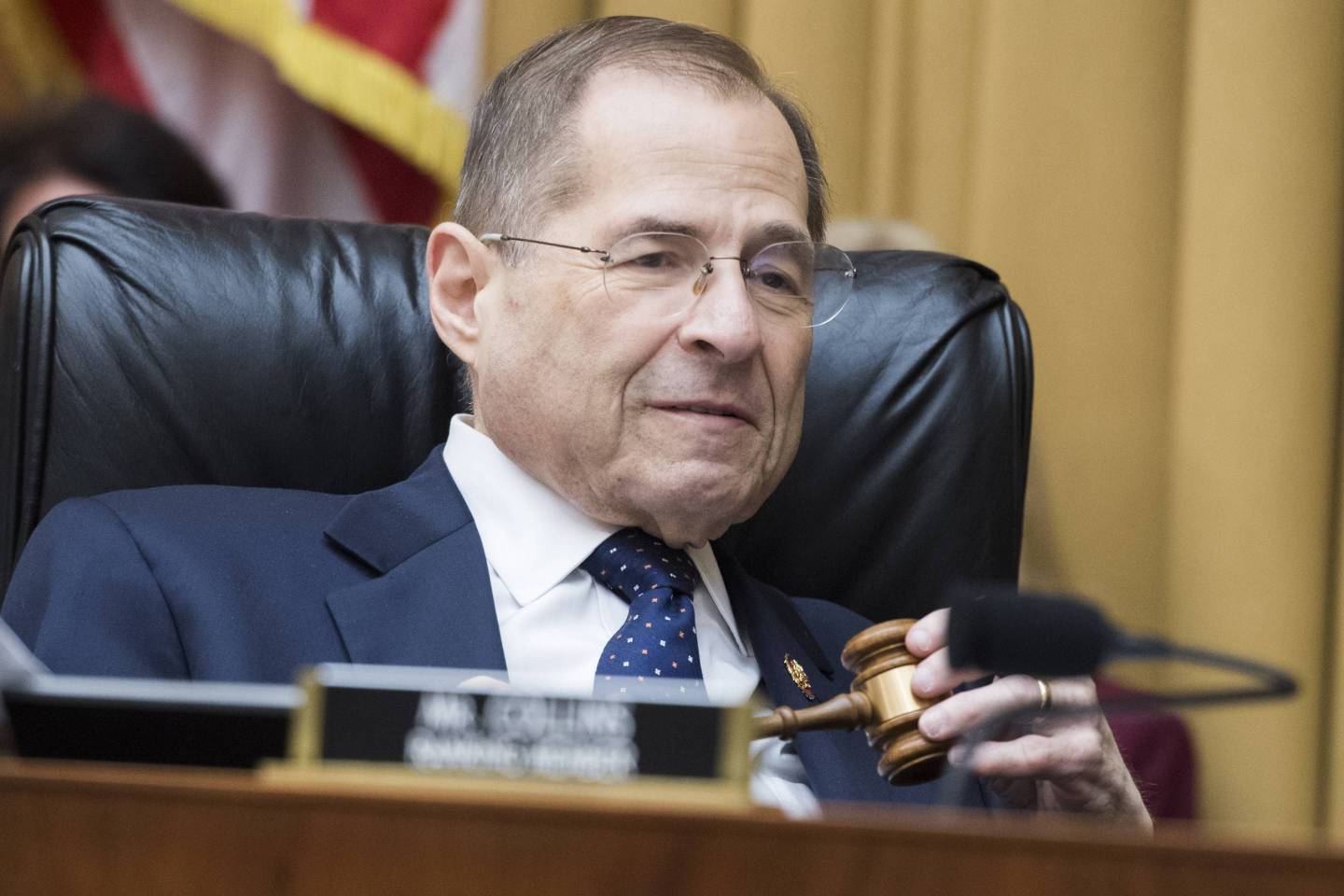 Chairman Jerrold Nadler, D-N.Y., conducts a House Judiciary Committee markup in Rayburn Building on Wednesday, May 8, 2019, to vote on whether to hold Attorney General William Barr in contempt of Congress for refusing to turn over the unredacted Mueller report to the committee.
Tom Williams CQ-Roll Call,Inc.
House Judiciary Chairman Jerrold Nadler said his committee has “no choice” but to hold Attorney General William Barr in contempt of Congress Wednesday because the president must not be permitted “to operate a lawless administration and become a king.”“You cannot have a government in which the president can conceal all information about his own wrongdoing and about anything else,’’ Nadler told CNN Wednesday. “He wants to make himself a king and Congress cannot permit that.”“We can not allow Donald Trump and his minions to convert a democratic government into what amounts to a monarchy where Congress — elected by the people — has no real role,” Nadler said.

The House Judiciary Committee plans to vote Wednesday on holding Barr in contempt for failing to provide lawmakers with a fully unredacted version of Special Counsel Robert Mueller’s report on Russian election meddling and whether President Trump obstructed justice.

The vote comes amid what Democrats have said is a Constitutional crisis pitting the Trump administration against Congress. House Speaker Nancy Pelosi said that Barr should be held in contempt, and impeaching the attorney general is “on the table.” She again mentioned that contempt of Congress was one of the impeachment articles against former President Richard Nixon, but said House committees have to continue their investigation before they consider Trump’s impeachment.

“Impeachment is a very divisive course of action to take; we shouldn’t do it for passion or bias, it has to be about the presentation of fact,” Pelosi said at a Washington Post event Wednesday.

Barr on Tuesday night raised the stakes in his clash with Nadler threatening to ask Trump to invoke executive privilege to head off the committee’s demands.

Assistant Attorney General Stephen Boyd wrote to Nadler requesting that a subpoena for the full report be held “in abeyance” and that the panel delay its contempt vote pending a determination from the White House on the matter of executive privilege.

But Nadler said on Wednesday that the contempt vote will go forward.

Barr missed a deadline on Monday to comply with the Judiciary panel subpoena for the full Mueller report. After Nadler scheduled a vote to hold Barr in contempt, the Justice Department agreed to hold further talks Tuesday on the dispute.

Last week, the attorney general refused to show up for a Judiciary hearing in a protest over the ground rules for questioning.

The House Intelligence Committee is also pursuing the unredacted Mueller report. The panel’s ranking Republican, Devin Nunes, joined Chairman Adam Schiff in threatening to subpoena the report if the Justice Department hasn’t complied with its request.

Trump and his Republican allies are trying to move past the Mueller investigation into Russian interference in the 2016 election, with Senate Majority Leader Mitch McConnell calling it “case closed” in a floor speech Tuesday.

At the same time, the administration has been rebuffing House Democrats’ demands for testimony and documents, with Trump saying last month that “we’re fighting all the subpoenas.”

—This proposed legislation could light up the pot business

—Why Americans are still waiting on Congress for disaster relief