What’s at Stake and at Risk in the U.S.-Japan Trade Talks 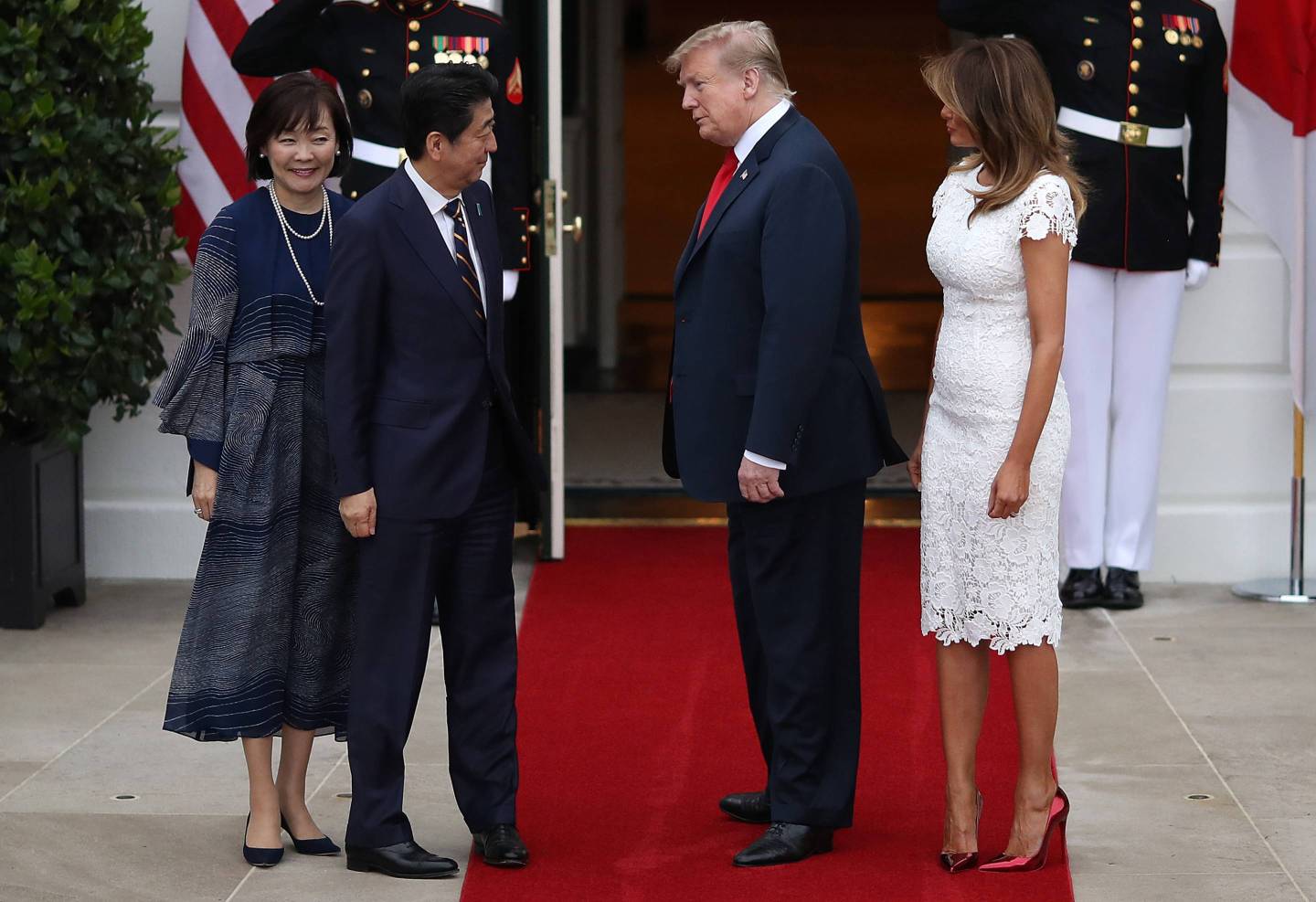 More than two years after U.S. President Donald Trump walked away from a regional Asia-Pacific trade agreement, the U.S. and Japan — the world’s largest and third-largest economies — are negotiating a deal of their own. Both sides insist they want a “win-win” outcome, but as evidenced by the Trump administration’s tariff battles with China and the European Union, there’s also potential for serious economic damage if things go bad.

1. What are the two sides after?

Trump abhors trade deficits, and the U.S. is determined to reduce the one with Japan, particularly by gaining access for exports by American farmers and automakers. Japan, under Prime Minister Shinzo Abe, wants to head off Trump’s threatened penalties on auto exports, which could tip it into recession, as well as any “currency clause” directed at the Japanese yen.

2. Why are these talks happening?

After Trump pulled the U.S. out of the Trans-Pacific Partnership, the 11 other members (including Japan) went ahead without the U.S. to forge a successor. That pact, which entered into force Dec. 30, and another that Abe struck in 2018 with the EU, have left U.S. farmers at a disadvantage: They risk losing their 22 percent share of Japan’s food-import market to rivals with lower tariffs. Abe dragged his heels on bilateral talks in the hope that the U.S. would rejoin the TPP rather than press for a better deal. He only agreed to talks in September after Trump hit Japan’s steel and aluminum exports with punitive tariffs and threatened to impose levies of as much as 25 percent on all imported cars, including those made in Japan.

In addition to agriculture, the first round of talks between Economy Minister Toshimitsu Motegi and U.S. Trade Representative Robert Lighthizer included talks on other goods such as autos and auto parts, which make up the biggest portion of the U.S. trade deficit. The U.S. side wants a deal that would help sell American cars in Japan, while Japan wants to avoid damaging tariffs on autos and auto parts that would dent its already lackluster economy. The two sides will also hold discussions on digital trade, but other types of services are off the table, at least for now.

4. What about the ‘currency clause’?

U.S. Treasury Secretary Steven Mnuchin has said the U.S. wants any trade deal with Japan to include language that would prevent competitive devaluations — currency moves designed specifically to boost exports. The U.S. made sure similar language was included in its proposed revised trade deal with Mexico and Canada, and that prohibition is expected to be part of any U.S.-China deal. Japan, though, wants to avoid any clause that might tie the Bank of Japan’s hands. It has argued that currency moves and export volumes no longer correlate. Motegi has repeatedly said that any discussion on currency is between Japan’s Finance Ministry and the U.S. Treasury Department, under a joint agreement reached in February 2017.

5. How big is the U.S. trade deficit with Japan?

In goods trade, it was 6.5 trillion yen ($58 billion) in 2018. That was down 8.1 percent compared with 2017, the result of weaker car exports from Japan and more imports of aircraft and oil, according to Japan’s Finance Ministry. Autos and auto parts make up the biggest portion of that deficit, and Trump’s trade policy is particularly focused on that sector. The U.S. actually has a trade surplus for services, which has slowly been increasing over the past decade.

Both sides have said they want to move quickly, but as with most trade talks, the end date is murky. Abe and Trump are set to meet three times between April and June, potentially giving the talks more momentum. One date to watch is May 18, by which (unless there’s an extension) Trump is supposed to decide whether to levy threatened tariffs of as much as 25 percent on imported cars.

Goldman Sachs estimates that with new tariffs of just 10 percent, Japan’s gross domestic product could be cut by more than 0.2 percentage point. Abe also plans to raise the national sales tax in October, to 10 percent from 8 percent, to bolster the government’s revenue base. With the Japanese economy already flirting with the possibility of a technical recession, that could have a host of other consequences, including forcing the Bank of Japan to take action.

With a presidential election in 2020, Trump will face questions on his achievements in rebalancing America’s trade relationships, one of his major campaign pledges. For now, the report card is full of incompletes: There’s resistance in the U.S. Congress to ratifying the United States-Mexico-Canada Agreement, known as USMCA, Trump’s preferred alternative to the deal known as Nafta. The trade war in China, meantime, has hurt both sides. Lighthizer told U.S. lawmakers in March that he’s aware of the precarious situation American farmers are in, and that winning market access for agriculture products in Japan is a high priority. Farm states were an important block of support for Trump in 2016.