Employees Accuse Google of Retaliating Against Them for Their Organizing Efforts 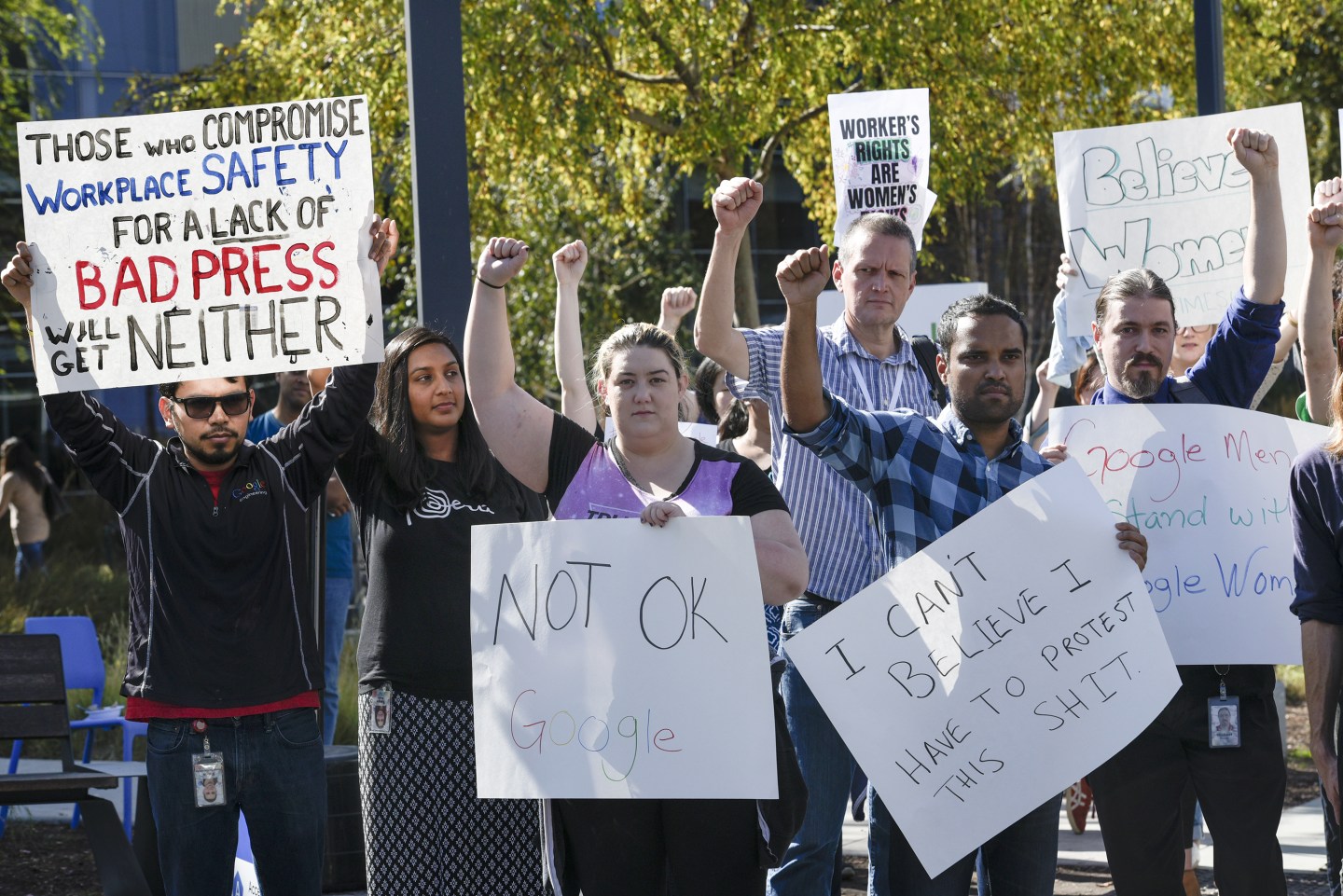 Two Google employees are accusing the tech giant of retaliating against them for their organizing efforts, including an employee-led walkout in November in which some 20,000 Googlers protested the company’s handling of sexual harassment and, more broadly, its workplace policies around equity and transparency.

In an internal open letter obtained by Fortune, long-time employees Meredith Whittaker and Claire Stapleton detailed the ways they say the company has responded to their efforts to organize employees to publicly hold their employer accountable. Whittaker and Stapleton are part of a larger group of Googlers who are pushing back against what they view as unethical business decisions, as well as the company’s treatment of underrepresented groups. In the letter, Whittaker and Stapleton wrote that they are not the only employees facing retaliation.

“We prohibit retaliation in the workplace, and investigate all allegations,” a Google spokesperson said in a statement emailed to Fortune. “Employees and teams are regularly and commonly given new assignments, or reorganized, to keep pace with evolving business needs. There has been no retaliation here.”

Whittaker and Stapleton did not respond to a request for comment.

Google disbanded its artificial intelligence ethics council earlier this month after employees voiced concerns against the inclusion of the president of conservative think tank the Heritage Foundation, citing what they described as her “vocally anti-trans, anti-LGBTQ, and anti-immigrant views.”

In the letter posted Monday, Whittaker wrote that after Google said it would disband the council, she was told that her role would change dramatically and that to remain at the company she would have to abandon her work on AI ethics at Google and at the AI Now Institute, an outside organization she co-founded.

“I have worked on issues of AI ethics and bias for years, and am one of the people who helped shaped the field looking at these problems,” she said in the letter. “I have also taken risks to push for a more ethical Google, even when it less profitable or convenient.”

Stapleton wrote in the letter that after almost 12 years at Google—including five as a “high performer” in YouTube marketing—she was told two months after the walkout that she would be demoted, would lose half of her reports, and that an approved project was no longer on the table. In the letter, Stapleton wrote that she’d escalated the situation to HR and to her VP, which “made things significantly worse”: “My manager started ignoring me, my work was given to other people, and I was told to go on medical leave, even though I’m not sick.”

She goes on to write that only after she hired a lawyer, who contacted Google, did management conduct an investigation and walk back her demotion. “While my work has been restored, the environment remains hostile and I consider quitting nearly every day,” she wrote.

The letter notes that a group of Google employees will be hosting a town hall to discuss the alleged retaliation on Friday and encouraged employees to share their stories in an internal forum. The letter is also signed by 10 other employees.

“Our stories aren’t the only ones. Google has a culture of retaliation, which too often works to silence women, people of color, and gender minorities,” they write, later adding, “If we want to stop discrimination, harassment and unethical decision making, we need to end retaliation against the people who speak honestly about these problems.”

Editor’s Note: This story has been updated to reflect comment from Google.