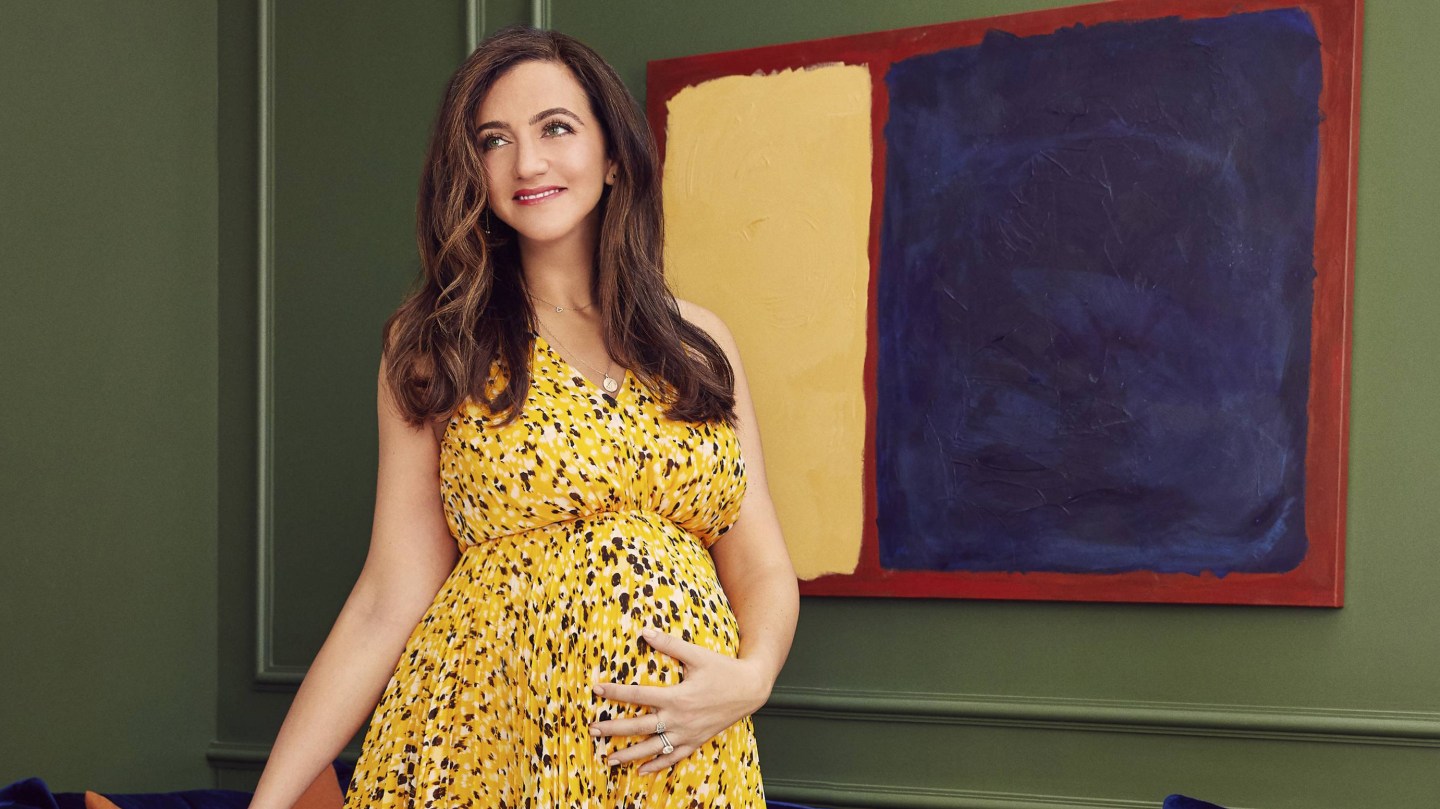 Rent the Runway co-founder and CEO Jennifer Hyman is one of fewer than 20 women at the helm of a private U.S. company valued at more than $1 billion—the elusive unicorn status-awarded startups. And she’s likely the only one to reach that milestone while nine months pregnant.

Hyman started raising Rent the Runway’s $125 million funding round, its biggest ever and the one that took its valuation over the $1 billion threshold, in late 2018 while she was about six months pregnant with her second child. “We had a lot of faith that we’d be able to close this before I went into labor,” Hyman says.

Rent the Runway raised this $125 million to continue to expand ‘Unlimited,’ the subscription service for everyday clothing that has quickly become the core of its business, replacing the formalwear rentals that launched the company in 2009. Its $1 billion valuation arrived Thursday—the same week as a $1.2 billion valuation for Glossier, Emily Weiss’s makeup company, making this a banner week for female founders.

Like Katrina Lake, who took a 16-week maternity leave with her second child a year after taking Stitch Fix public, and Birchbox’s Katia Beauchamp, who last year closed a deal with Walgreens while in the hospital for three months on bed rest, Hyman’s pregnancy changes the conversation around motherhood and leadership. She talks to Fortune about raising money in her third trimester and her plans for maternity leave.

Fortune: What does reaching unicorn status mean to you, especially while nine months pregnant?

Hyman: I’m really proud of it. Rent the Runway is my first child. I feel that I’ve been on a 10-year journey with an amazing team of people to co-parent this Rent the Runway child and have it grow up. I hope it will inspire thousands of other women around the world that they can do this, too. Perhaps there’s more fear of building a business while pregnant than necessary.

How did running the business during this pregnancy compare to your experience at Rent the Runway while pregnant with your first child two years ago?

Rent the Runway has experienced incredible growth over the past two years. Subscription now comprises over 60% of our revenue and we only launched it three years ago. My job as the CEO is certainly a bigger and more complex job than it was two years ago. I feel like we’re just at the beginning of scratching the surface of what the closet in the cloud is going to be.

How did your pregnancy affect your thinking about Rent the Runway Unlimited’s supply of maternity clothing?

That’s a major difference between my first pregnancy and this pregnancy. Rent the Runway launched maternity on our site in 2018. So it was actually perfect timing where throughout my entire pregnancy, I have not purchased a single item of maternity clothing. During my first pregnancy, at a certain point in time, I could no longer use Rent the Runway. During this pregnancy, when I had to focus on raising this money into the company, I haven’t had to spend time or money focused on, “Well, what am I going to wear today?” And that is something that was a real barrier two years ago.

How did investors react to you raising money while in your third trimester?

It was never brought up. I don’t think that being pregnant affected the process at all. What had a bigger effect on the process is that our consumer base is 100% female. Describing Rent the Runway Unlimited to the investor set is similar to describing Fortnite to a group of senior citizens. They don’t fundamentally get it, or emotionally connect to it in the same way.

It’s interesting that the two biggest new investors in Rent the Runway, T. Rowe Price and Franklin Templeton, that the deals were led at those companies by senior women who also happen to be customers of Rent the Runway. They were able to think deeper in their diligence because they already had baseline understanding of what we were doing.

Being pregnant wasn’t really a dictating factor in when to raise money or whether to raise money. I’ve never worked harder than I’ve worked over the last year of Rent the Runway. That’s because of the acceleration we’ve seen in how women are using the subscription products and how they’re using it for so many of their daily use cases. We really felt when we saw our customers were using this 120 days a year, we really had to go for this and accelerate subscription. I believe that when you’re happy in your life, lots of amazing things happen across all fronts. In a sense, the pregnancy might have fueled the incredible fundraising accomplishments we’ve had and the incredible growth of the business because there’s so much to look forward to.

What are your plans for maternity leave?

I’m planning on taking four months of maternity leave. [Ed note: Rent the Runway offers its employees 12 weeks of paid parental leave and two months of flex time upon their return to work; in 2018, it expanded those benefits to its hourly workers at its warehouses and retail stores.] And I have a plan to do as little as humanly possible. Beyond just spending time enjoying my new baby and my 2-year-old, Aurora, and time with my husband. Ten years in, the company is filled with so much talent that it gives me the flexibility as the CEO to celebrate my own life events and in the same way that anyone else at the company would.

Are you worried about scrutiny of your maternity leave, especially now that the company has become a unicorn?

I’m not, because we have an incredibly supportive investor base. These are also people that have known not only me for 10 years, but also my entire leadership team. It’s really important which investors you choose to have around the table because if you believe that you’re building a business for the long-term, you want investors who share that vision and who are always going to be supportive of you both in ups and downs in your business life, and ups and downs in your personal life.

This interview has been edited and condensed.