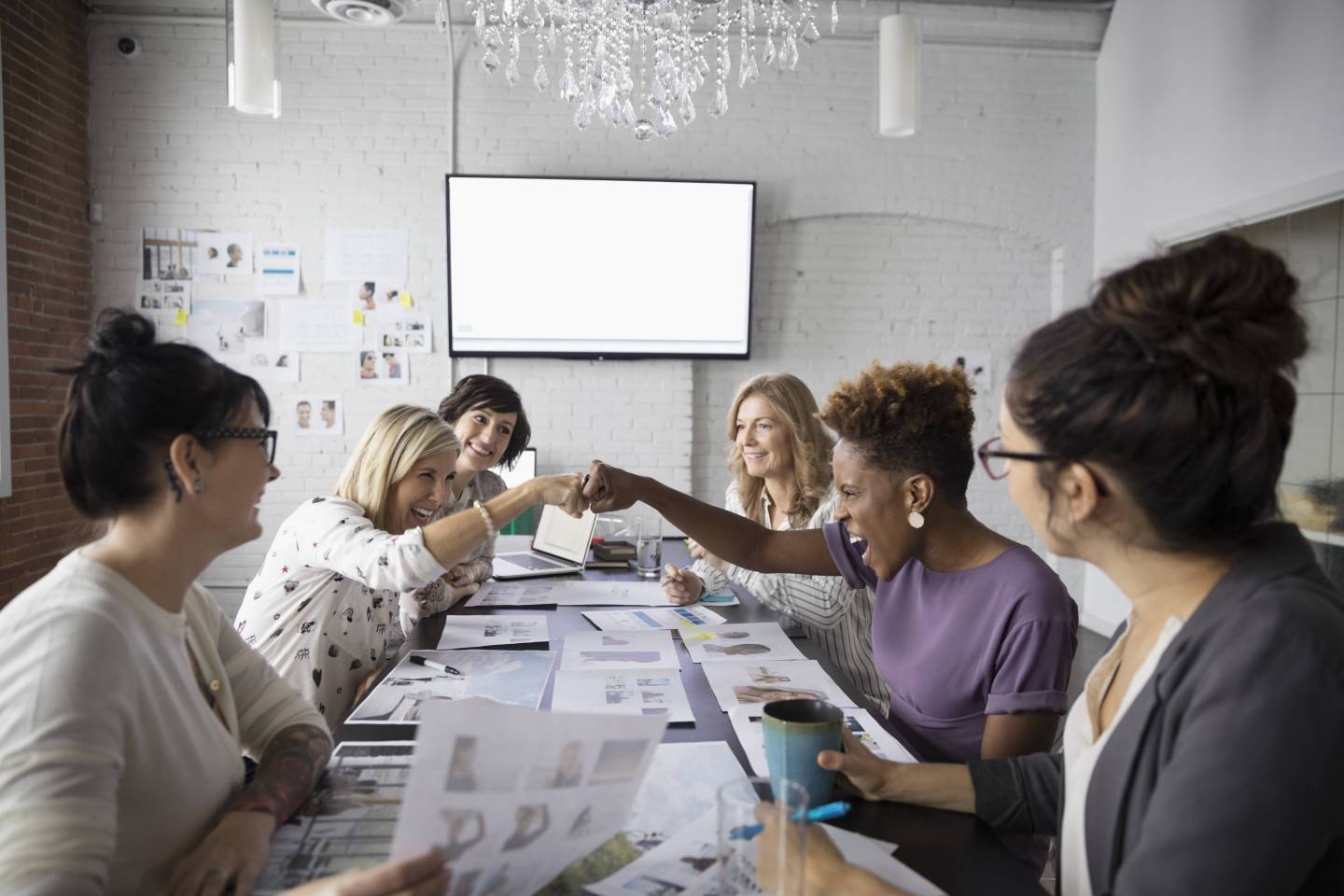 If you want to celebrate Women’s History Month, support the black and brown women in your workplace. But you might want to skip the tribute lunches or “lean-in” style pep talks.

This is the premise of a new article published in HBR from Zuhairah Washington, an SVP at Expedia Group and Laura Morgan Roberts, a consultant and professor of management at Georgetown University’s McDonough School of Business, who made the case so well that I scrapped an essay on the same topic.

As a peer or manager, your first step should be to understand how the experiences of black women differ from other people in the workforce, and in particular, white or majority-culture women.

We’re persisting, but not represented.

After promising starts, we begin losing women of color in the leadership pipeline after they transition into their first leadership jobs, and then at increasingly alarming rates until they become woefully underrepresented in senior leadership and executive suites. On corporate boards. In the informal networks where people find sponsors, mentors, and developmental assignments. And while we are at work, we often feel the “emotional tax” of being twice an underrepresented group, not-white and not-male.

Washington and Roberts have a six-point plan to help any organization better retain their black, female talent – the most important overall tactic might be to make sure your firm checks for the compounding bias of gender and race in reviews, promotions, and hiring. Most firms don’t. “Tracking the performance of women of color and the velocity and rate at which they’re hired and promoted versus their peers is the only way to measure progress in creating a more diverse leadership bench.”

But a lot of what they talk about are the simple steps that any ally can take every day, in small but meaningful ways.

Here are two. Be welcoming and then, be acknowledging.

“Being the only woman of color on a team can be extremely taxing,” they say. “You’re torn between authenticity and assimilating.” They opt-out of social gatherings and are less likely to share details of their personal lives. “Managers can help employees overcome this hesitation by extending a personal invitation to attend office gatherings and making it clear that they look forward to getting to know them better.”

And then, make sure these women are not invisible. Managers should be aware of the common biases operating against black women, they say, such as the research that shows black women’s statements were remembered less quickly and less accurately than those of their white female and male peers. “Managers should make people more aware of this unconscious bias and openly call out instances where good work is being underappreciated or ignored.”

I would add that these two moves would also be beneficial for Asian American professional women, many of whom have almost no shot of making it up the leadership ladder, for a variety of vexing and specific reasons.

But it’s important to add that all of this is more than just checking a box, being kind, or appearing woke. Being an ally actually takes some effort on your part.

If you want to make people feel seen, you have to be able to see them – and all the humanity and potential they bring to their jobs. Understanding why you haven’t before now is part of that work.

Uber’s top lawyer rolls up his sleevesTony West is many things: Uber’s chief legal officer, a former Department of Justice official, and husband to Maya Harris, whose sister, Kamala is running for U.S. President. So, he’s clearly busy. CEO Dara Khosrowshahi lured West from Pepsico specifically for his experience, temperament, and preternatural calm, to help him on his quest to stabilize and “professionalize” a post-Kalanick world. West got to work, negotiating high profile issues, like a multi-state settlement over a data breach and a trades secret suit involving Waymo, Alphabet’s self-driving car business. But challenges still abound. For one thing, West plans to release the company’s sexual harassment transparency report this year. “He is very upfront about the fact that it’s not going to be pretty,” says his deputy counsel.New York Times

Thirty years ago, when I started working—literally the chances of me making it were worse than minuscule.  We should be saying ‘hooray’ to the people of Xerox. We should be giving them a medal.—Ursula Burns