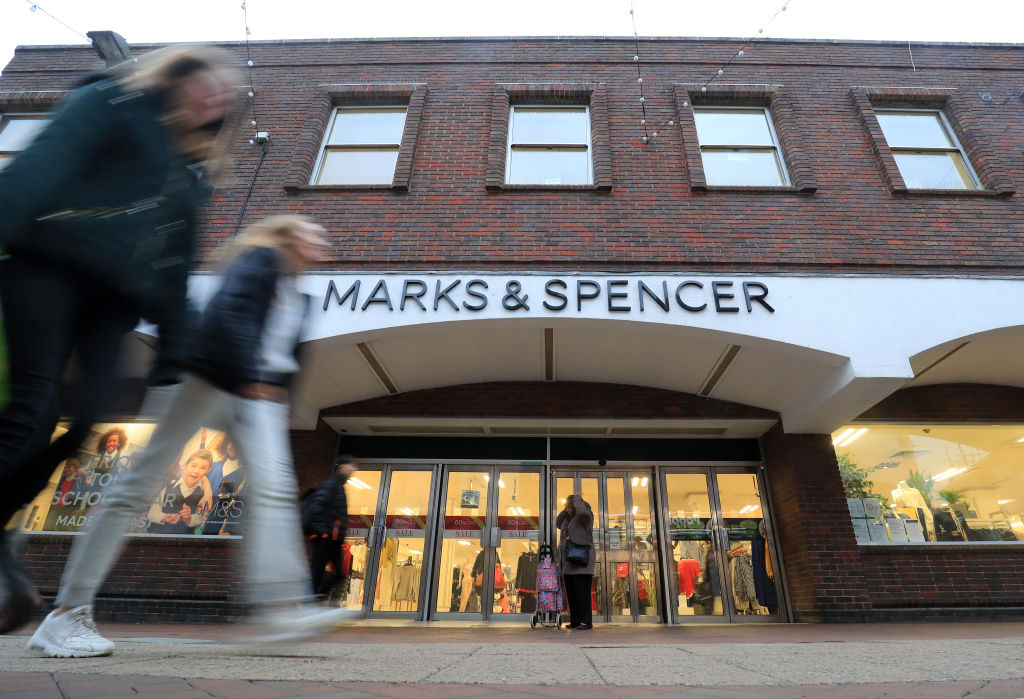 Marks & Spencer Group Plc fell the most in two and a half years after the retailer said it will finance a nearly $1 billion investment in online retailer Ocado Group Plc with new shares and cut its dividend.

The agreement raises questions about the strategy of M&S, which will unseat John Lewis Partnership Plc’s Waitrose as the tech startup’s main grocery supply source as of September 2020. Until now, M&S has focused on selling small baskets of premium-price grocery items, while large orders are more viable in low-margin e-commerce.

“M&S still haven’t proved that they can generate a high enough shopping basket to make online grocery pay, so this seems a huge leap in the dark for them,” independent retail analyst Nick Bubb wrote in a note to clients.

The deal combines M&S’s branded food and beverage range, currently sold in the company’s “food halls” and convenience stores across Britain, with Ocado’s own-label and third-party branded products. It allows Ocado to focus on its business that licenses automated warehouse technology to supermarkets, which has grown faster than the U.K. grocery operation.

“This is a transformative deal in the U.K. grocery market which brings together two iconic and much loved British retail businesses,” Ocado Chief Executive Officer Tim Steiner said by phone.

U.K. stores have been struggling to compete with the rise of online shopping, as the Brexit-induced weakness of the pound squeezes profit margins, contributing to the growth of empty shopfronts throughout the country’s town and city centers. Discounters Lidl and Aldi are adding to the pressure, prompting market leader Tesco Plc to create its own cut-price store brand and J Sainsbury Plc to seek a purchase of Walmart Inc.’s Asda that now faces growing regulatory opposition.

The M&S venture with Ocado would have had sales of 1.5 billion pounds and earnings before interest, taxes, depreciation and amortization of 34.2 million pounds for the 52 weeks through Dec. 2, the companies said.

Waitrose products, which have been delivered by Ocado for about a decade, will become exclusively available via the grocer’s own e-commerce service and in its stores when the partnership ends in September 2020.

The retailer, a favorite of London’s upmarket shoppers, aims to double its online platform within five years and will be able to service thousands more online customers from the end of this year, it said in a statement Wednesday. It also plans to build a second fulfillment center to support growing order volumes in the U.K. capital.

M&S chose to raise equity for the deal as its net debt stands at 1.8 billion pounds. Bondholders were cheered by the decision. The company’s 400 million pounds of bonds due June 2025 rose almost one penny on the pound to a three-month high of 106 pence, according to data compiled by Bloomberg. M&S plans to cut its dividend by 40%.

Ocado used a breakup clause in its contract with Waitrose to walk away from that contract before the expiry date in a year and a half. The agreement with M&S is the latest for Ocado, which has struck technology licensing deals with U.S. grocer Kroger Co., France’s Casino Guichard-Perrachon SA and others.

M&S has been slower to move into home delivery than other British grocers. Its food business has waned as of late, following a slump in the apparel arm, pushing management into a cost-cutting initiative that’s scheduled to eliminate 100 stores in the next three years. The Ocado partnership could enable it to reach a wider customer base and offer more product lines in stores as well as online.

“It’s a game-changing step forward in shaping the future of M&S and becoming a digital-first retailer, with at least a third of the business online,” CEO Steve Rowe said on a call.