Hajimemashite! How Japan Is Rethinking Tourism 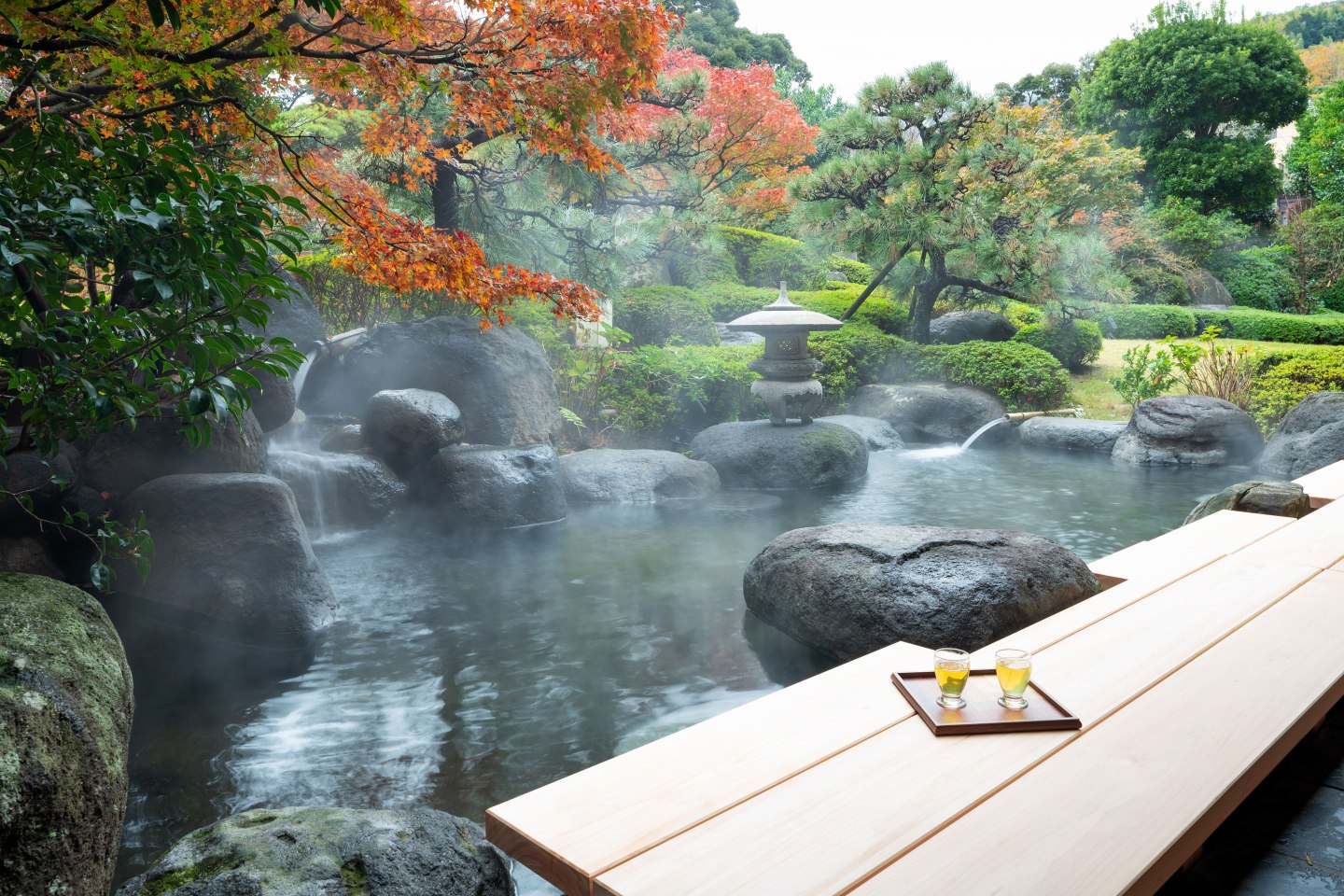 The Japanese tradition of bathing in onsens, or natural hot springs, dates back to the sixth century, but not everyone’s able to jump right in. In September, after interviewing more than three dozen international tourists who professed a general wariness about how to conduct themselves in what are essentially steaming hot public pools that occupants are expected to enter naked, (“I had a lot of trouble bathing,” said one respondent) Hoshino Resorts, one of Japan’s leading hospitality companies, released a YouTube video about onsen etiquette. It features a cartoon rabbit and frog undressing— “Don’t be shy!” commands the English-speaking narrator—before the pair ditch their cellphones and submerge into the water, the better to absorb its purported medicinal properties. “You can heal not only your body,” the narrator promises, “but also your soul.” It’s a hard sell for hot water.

Hoshino, whose annual sales exceed $400 million, operates multiple resorts with on-site onsens throughout Japan. The onsen video is part of a larger effort to make this island nation more approachable to foreign guests ahead of Tokyo’s 2020 Summer Olympics—a different challenge from 1964 when Japan’s capital last hosted the Summer Games. “We had to tell the world about Tokyo’s recovery,” from World War II, says Yoshiharu Hoshino, the hospitality company’s founder and C.E.O.

The imperative today is to encourage tourists to use Tokyo as a jumping off point to explore lesser known regions. Places like Fujikawaguchiko, a town in the foothills of Mt. Fuji where Hoshino has opened a “glamping” resort with activities like wood chopping and meat smoking. Each “cabin—really, a minimalist concrete cube with a glass wall facing Mt. Fuji—is equipped with amenities like heated daybeds and bluetooth speakers. (Hoshino sought to “eliminate all of the least attractive aspects” of camping, like bugs and a lack of smart toilets.)

Another destination primed for foreigners: Yamanashi wine country, about two hours from Tokyo by train. There, guests at the Risonare Yatsugatake design hotel can enroll in a daily “wine school” and taste native varietals like Muscat Bailey A—a red wine grape hybrid developed in the early 1900s that can drink like a Burgundian Pinot Noir.

Japan’s bullet trains, already a symbol of the country’s technological prowess, are getting further upgrades ahead of the Olympics. In anticipation of the 40 million foreign visitors expected in 2020, engineers are outfitting the entirety of the fast moving fleet with Wi-Fi. In October, Japan’s National Tourism Organization released an enhanced smartphone app offering 24/7 support in multiple languages. All the hospitality comes at a price: according to an October report released by the national government, Japan is likely to spend at least $25 billion on infrastructure, new construction, and marketing related to the 2020 Olympics.

In Tokyo, lodgings like the Trunk Hotel are appealing to foreign tourists. The two-year-old boutique hotel in the city’s trendy Shibuya neighborhood also functions as co-working space for locals and tourists. The Wi-Fi is free, the coffee is strong, and there’s a reclaimed wood bar for when the laptop laden masses are done typing at the reclaimed wood tables. “Since our hotel opened, others in the industry have been trying to create value to attract international visitors,” says the hotel’s president, Yoshitaka Nojiri. “Japanese companies used to prefer conservative design and services for Japanese customers, but now there is more diversity for international guests.”

While travelers from Europe, North American, and Australia currently make up about 11% of foreign visitors to Japan (the bulk come from other parts of Asia), Naohito Ise, an executive director of the Japanese National Tourism Organization, says there’s “plenty of room for growth.” “People are becoming increasingly interested in the diverse array of what Japan offers,” Ise says, “not just visiting traditional temples or viewing cherry blossoms, but also taking spiritual pilgrimages through the mountains, appreciating contemporary art, and relaxing at onsens.” Hopefully without their smartphones.

This article originally appeared in the March 2019 issue of Fortune with the headline “Hajimemashite!*”. An earlier version of the article incorrectly stated the number of foreign visitors to Japan.