Marvin Ammori’s Next Act: A Net Neutrality Vet on Blockchain—and Why the Internet Is Still Great 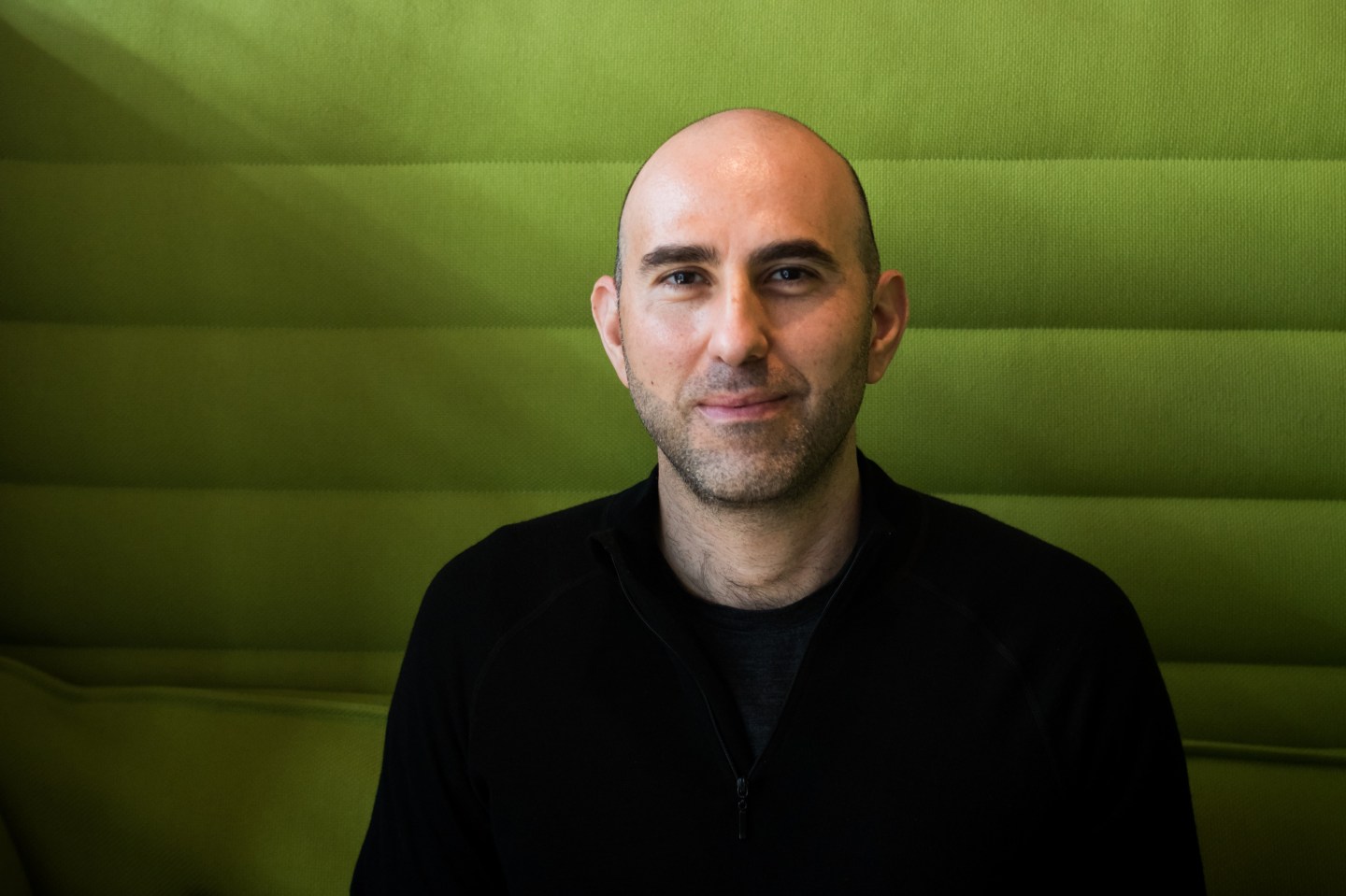 If you read about the biggest tech battles in Washington D.C. over the last decade, the name Marvin Ammori comes up again and again. A lanky young lawyer, Ammori made his name fighting for free speech online, and leading successful campaigns against the powerful telecom and entertainment lobbies.

His biggest triumphs came in 2015 when the Federal Communications Commission implemented strict net neutrality rules—a ban on Internet providers favoring some websites over others—and, a year later, when a federal appeals court upheld the legal basis for those rules.

Times have changed, however, and Ammori’s hard-won crusades have suffered major setbacks. Most notably, a new FCC chairman, supported by President Trump, rolled back net neutrality in 2018 (the decision is being challenged in court). Meanwhile, the Internet itself feels like a darker place in the wake of mounting concerns over privacy and hacking.

Ammori, though, is not discouraged. He still loves the Internet even if he is fighting for it in a different way. Today, the Harvard Law grad is far from the hurly-burly of Washington politics and spends his time instead as the general counsel of a blockchain research group, Protocol Labs.

While hardly a household name, Protocol Labs has been instrumental in developing the so-called decentralized web, which aspires to create an online network beyond the control of governments or tech giants like Amazon and Google. It has already built an important new communications standard, known as IPFS, and raised a giant war chest thanks to digital token sales in 2017. The most notable of these sales relates to Filecoin, which raised $257 million to build a decentralized file storage system.

Ammori sees these technologies as a way to safeguard what he considers to be the best things about the Internet. In a recent interview with Fortune, he explained why he is optimistic about the future and thinks the web is still great. The conversation has been edited for clarity and brevity.

Fortune: Why did you decide to join Protocol Labs?

Marvin Ammori: In terms of timing, when I left DC and the net neutrality and tech fights, we had pretty much just won net neutrality after I spent so long working on it. I’d been doing it for 14 years, and I’d been involved in six net neutrality fights and multiple encryption and privacy fights, and wanted to try something new and different. When I started I was pretty young and I have a view a new crop of junior lawyers can handle the responsibility.

Had I gone to the ACLU or a company, I would have been lawyer number 100. I did go to [transportation startup] HyperLoop but there was a founder dispute that resolved in executives being terminated and the only ones left were the CEO and me. That was a learning experience (laughs). I wanted to come back to the Internet.

The thing about Protocol Labs is the whole goal of the company is to improve the Internet by making it more decentralized and changing the infrastructure to make it more peer-to-peer and more reliable.

Are you worried about the state of the Internet? It feels like it’s grown both more corporate and more toxic in recent years.

Being a kid who grew up in the suburbs of Detroit, finding anything other than malls and bad TV was almost impossible. To me the Internet was a magical place. I had thought that if we had just opened up all the channels, it would be great. I hadn’t thought of the level of manipulation by foreign governments who could whip up racism and division.

When you look at state of Internet, it’s all so powered by advertising. I recall working on media consolidation and when I came to the Internet because it was a way to break the control these large broadcasters had. You’d look at these charts of how six TV companies owned everything, and now you look at charts and see how much Facebook and Google own. It shows how the centralized power of large players remains.

We need to make real efforts to address polarization and hijacking of emotions to make the country less workable. But recall when the government was shutdown—a lot of things had to go wrong for that to happen, and I don’t think Internet was at the top of it.

So how are blockchain and crypto going to help fix this?

Our view at Protocol Labs is to make it less costly to build great tools, and make a business model for open source, including crypto. You’re right the jury is still out at the moment. It hasn’t been proven that the broader community will be transformed by blockchain and cryptocurrency.

Going to the big picture on open source software, if you read the blog posts—including those from Union Square Ventures and [venture capitalist] Chris Dixon—we agree with the idea of using software to build decentralized payment systems. Open source software is at the core of our economy. Think about Linux, Android, and Mozilla. The Internet is full of open source projects that create absurd amounts of value.

The way open sources has been financed, for instance with Red Hat ID [an open source software company], has been through consulting or better user interfaces. There hasn’t been a native way of financing open source software other than creating a foundation and having big companies pour money into it. Now, with decentralized blockchains and cryptocurrency, you can build open source in a way no one can shut down.

If you look at Filecoin, it will be open source — anyone can take it or fork it. If you’re a cloud storage provider, you can take it and offer it to anyone. This software can be improved and there’s a financial incentive for people to be involved in it, since there’s a token that people can give in exchange for value.

But isn’t the reality that very few people are using things like Filecoin?

When people started saying “we’re in 1995” [when it comes to blockchain technology], I thought “no, we’re in the 1970s.” When I told my mentor, [law professor] Yochai Benkler, what I was working on, he said distributed file storage has been the holy grail forever.

What we’re doing is not easy, it’s a very hard computer science product. And big companies don’t have an incentive to crate a marketplace for this. In 2017 we raised the capital and built the team. We didn’t say it would be easy. It’s a moon shot. Our CEO Juan Benet built IPFS; he’s one of the luminaries of the Internet.

If you talk to developers about the [peer-to-peer] stuff we’re building, they think it’s magical. Is the decentralization of the web right around the corner? Maybe not. But maybe it is. Is it a worthy goal? Yes.

Who do you see as the leading thinkers in this field?

I’ve been a little disappointed in the state of scholarship around decentralization. I don’t blame folks for that. There’s a lot of hype, and a feeding frenzy where people become overly optimistic or pessimistic. That’s what bubbles and busts look like in the market and in academia.

I read [tech policy scholar] Ben Scott and anything Yochia does. Tim Berners-Lee ID [creator of the world wide web] has been talking about where the internet is going.

Overall I think right now it’s in vogue to be pessimistic. If you’re cynical and act like you know better, it’s popular to make predictions. Look back at the review of the App Store when it first came out. It was panned.

So how has Marvin Ammori changed in the last few years?

I’m more optimistic and hopeful in general. My parents are immigrants from Iraq. My dad didn’t graduate from 8th grade. When they came to the U.S., my dad owned a liquor store in downtown Detroit and everyone from the mayor to factory workers to homeless people would come through. And a lot of them had such talent. Now, when I talk to an Uber driver and hear how he’s saved money to open a restaurant, I’m excited about technology and its possibilities.