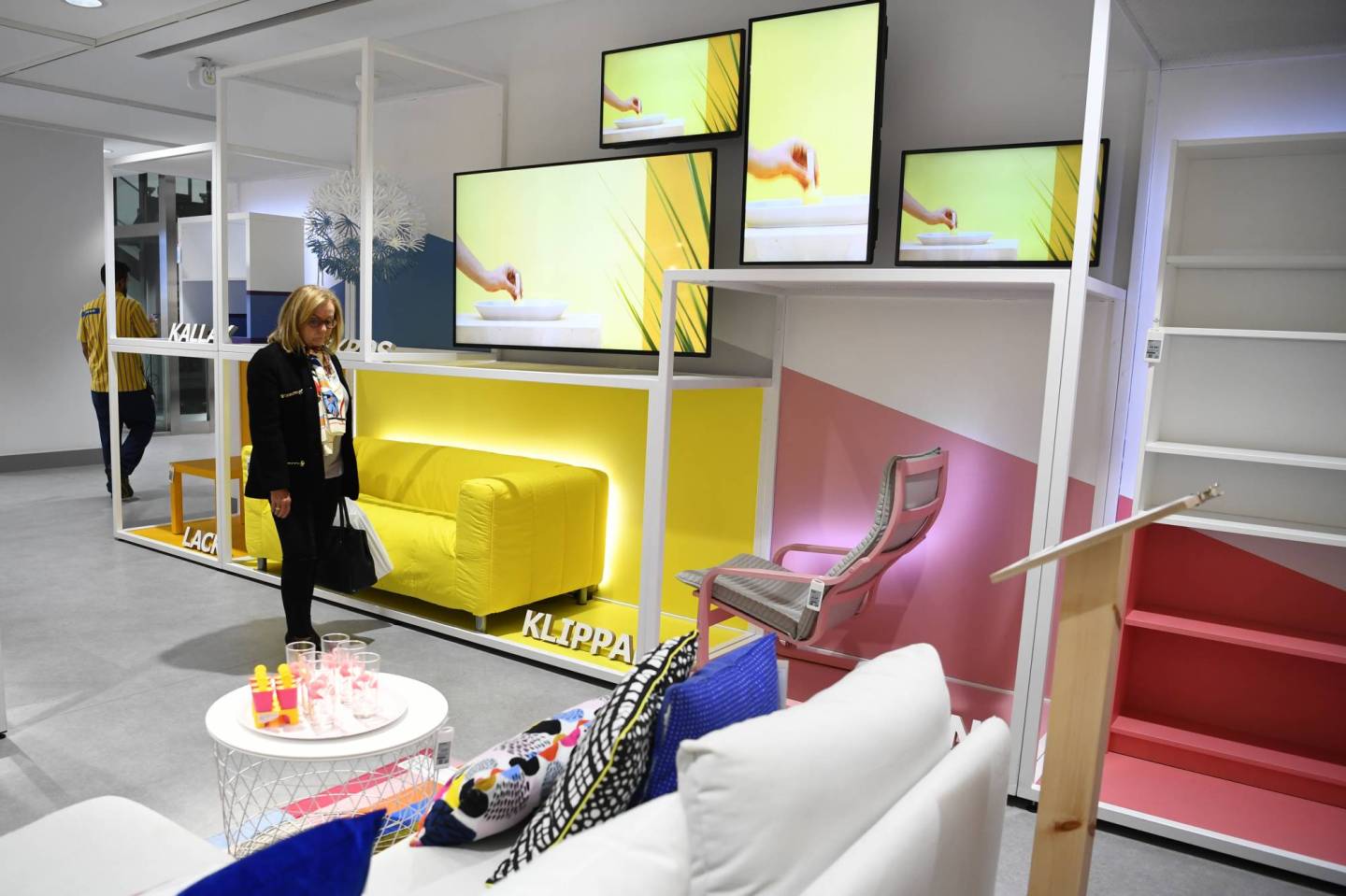 You know the acronym SaaS for “Software as a Service” and probably IaaS for “Infrastructure as a Service.” Are you ready for KaaS (Kitchen as a Service), SCaaS (Spice Cabinet as a Service), or BBaaS, for Billy Bookcase as a Service? That’s right, the global king of traditional furniture sales is getting hip to this whole digital sharing strategy. Ikea announced on Monday a new offering to lease its wares via “scalable subscription services,” quickly dubbed in the press as the “Netflix of furniture.”

The announcement and the glowing coverage immediately raise the same question that’s come up over a few other kinds of sharing. Is WeWork a new model for the future of work or just an office landlord dressed up in fancy terminology? Or, in a worst case scenario, could the new Ikea plans end up like the shady rent-to-own industry that preys on low-income neighborhoods across the country?

Inter Ikea CEO Torbjorn Loof says the big idea is to reduce waste and be more green. “When that leasing period is over, you hand it back and you might lease something else,” he tells the Financial Times. “And instead of throwing those away, we refurbish them a little and we could sell them, prolonging the lifecycle of the products.”

But whichever way you come down, let’s agree to give the relatively new CEO the benefit of the doubt for trying something new. Ikea founder Ingvar Kamprad, who died just over a year ago, was one of the most brilliant minds in retail, building the global furniture empire over decades and generating one of the greatest fortunes in history. He took advantage of 20th century mega-trends like suburbanization and rising car ownership to stoke sales of his convenient, low-cost Nordic designs that you assembled yourself. Now the company faces the threat of a more recent billionaire, Jeff Bezos, capitalizing on the mega-trends of this century, like the spread of the Internet and electronic commerce.

That puts Loof somewhat in the same situation as Apple CEO Tim Cook, still atop a mightily successful enterprise but with growth slowing and challengers nipping. And we’ve gotten subscription phone upgrades and now subscription kitchens. At the very least, I think you have to admire Loof’s approach: “We have to be the fastest learners . . . daring to test things and make mistakes, but also again correct them,” he says.

Whether he can fill those big shoes left by the visionary founder remains an open question.

Pouring it on. Staying on the theme of disrupters and the disrupted, Google parent Alphabet reported its fourth quarter results and spooked investors with big spending on its infrastructure. Revenue rose 22% to $39.3 billion and earnings of $12.77 per share far exceeded analyst forecasts. But capital spending on big items like data centers jumped 64% to $7 billion. Still, the long-term potential looks good with almost 2 billion monthly logged in users at YouTube. Alphabet's shares, up just 2% over the past year, slipped 2% in premarket trading on Tuesday.

I can do it by myself. As had been widely rumored, business messaging app developer Slack filed to go public without the usual Wall Street underwriting brigade. Slack is opting for a so-called direct listing, as Spotify did last year.

Freeze frame. With nine months of merger review done and some months still to go, T-Mobile and Sprint are pushing for the finish line. On Monday, T-Mobile CEO John Legere double pinky swore not to raise prices for three years if regulators at the Federal Communications Commission approved the combination. Meanwhile, a federal appeals court blocked the FCC's 2017 decision to make it almost impossible for tribal residents to get broadband subsidies, calling it "arbitrary and capricious."

Apple has lost Avi Bar-Zeev, who helped create Microsoft's Hololens and was thought to be working on similar projects at the iPhone maker. Bar-Zeev tells Variety that he plans to consult while “noodling” on the next big thing for now...Tim Baxter, the head of Samsung Electronics America, is retiring and being replaced by his deputy, Young Hoon Eom...Blockchain tech company Ripple hired Stuart Alderoty as general counsel reporting to CEO Brad Garlinghouse. Alderoty was previously general counsel at CIT and HSBC North America before that...Rosalind "Roz" Brewer, chief operating officer at Starbucks, joined Amazon’s board of directors as the second black woman ever on the body and the first in a decade. Former Genentech president Myrtle Potter was the first, but left Amazon's board in 2009.

There are multiple lessons to be drawn from the story of “Eugene,” as the creator of a picture of an ordinary egg that has become the most liked picture on Instagram calls it. Jonah Engel Bromwich and Sapna Maheshwari at the New York Times spent some time talking with the man who hatched the egg picture’s popularity campaign, a 29-year old British ad exec named Chris Godfrey. He and a team of two friends built the egg's following without resorting to paid promotions, he explains.

The egg’s audience was also amplified by Mr. Godfrey’s decision to incorporate user-generated content into the account’s Instagram stories, where posts expire after 24 hours. The egg’s main Instagram feed stayed spare and mysterious, while Mr. Godfrey shouted out followers in its stories, helping to infect his growing audience with a sense of team spirit. (The hashtag #EggGang was quickly adapted to describe the account’s fans.)

“In its infancy, it was one of those ridiculous things, like, ‘Oh, we’re trying to break this world record by just liking this random image,’” said Sam Shepherd, an executive creative director at the digital agency 360i.

While most of us toiled behind our desks this first week in February, the filmmaking elite gathered in Utah for the Sundance Film Festival. Now critics are out with their "Best Of" lists, and it looks like it's going to be a fun spring to go to the movies. For edgier political fare, Keira Knightley stars in Official Secrets and Adam Driver leads in The Report. But I might be most excited for Mindy Kaling’s Late Night starring Emma Thompson as a troubled late-night talk show host.