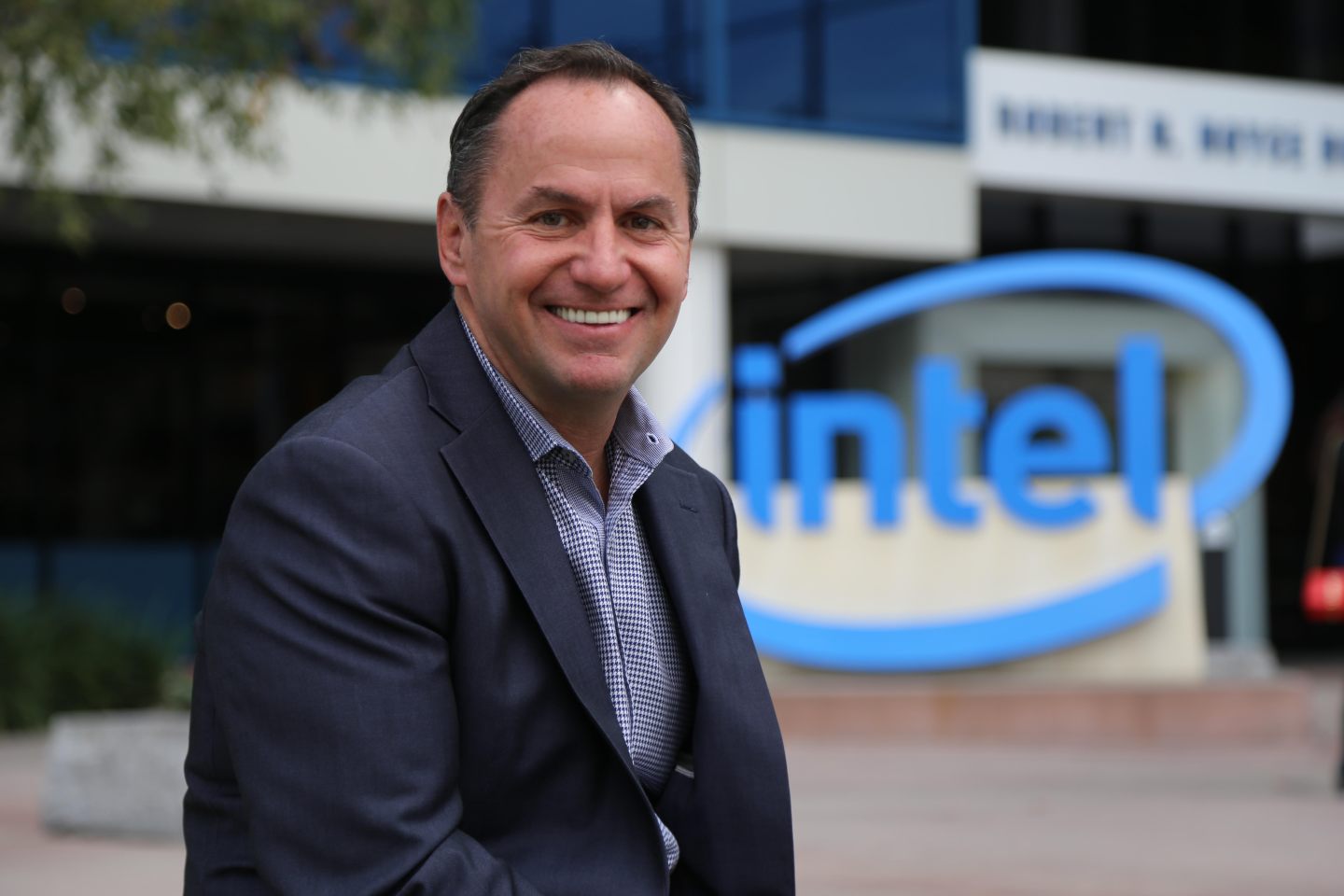 After a seven-month search for a new chief executive, Intel’s board announced today that interim CEO and former chief financial officer Robert Swan would stay on in the position. It was a surprising choice for the legendary chipmaker, which has always opted to place long-time, veteran executives in the top spot. Swan joined the company in 2016, making him the first new kid on the C-Suite block.

What’s a little less surprising is that Swan is another in a short list of very dedicated and highly qualified white men tapped to run Intel.

Now, I’m not calling out the chipmaker, exactly.

In fact, since 2015, they’ve taken a very public leadership role in addressing equity in tech, and have set and met a series of incremental inclusion goals which were established by former CEO Brian Krzanich. (Krzanich resigned last June after it was discovered he’d had a consensual relationship with an Intel employee, a breach of company policy.)

Last fall, the company announced they’d achieved “full representation,” a metric which means their workforce reflects their understanding of the available talent pool— for them, roughly 27% women, 9.2% Hispanic and a little under 5% African American.

It’s not even close to full equity, but one in a series of steps aiming to improve representation overall.

Barbara Whye, Intel’s chief diversity and inclusion officer, characterized it to The Wall Street Journal, as “like one inch on the 12-inch ruler.” One part of her efforts to retain talent is the WarmLine, an internal leadership service that helps existing employees find support if they think they’re being overlooked for advancement.

And yet, progress is still slow. White men still account for more than 70 percent of corporate leadership in Fortune 500 companies.

A short while back, I asked two researchers from the University of Colorado, David Hekman and Stefanie Johnson, for their thoughts on why underrepresented talent isn’t making it up the leadership food chain.

Both separately and together, they’ve been conducting original research on how bias works, and to use their words, working on the puzzle as to why top-level leaders are disproportionately white men.

One piece of research, published in the Harvard Business Review, offers an important clue. It showed that women or people of color who promote or advocate for each other tend to be penalized, which impacts their careers.

“Our set of studies suggest that it’s risky for low-status group members to help others like them,” they wrote. “And this can lead to women and minorities choosing not to advocate for other women and minorities once they reach positions of power, as they don’t want to be perceived as incompetent, poor performers.

This theme was echoed in Claire Zillman’s must-read essay in today’s Fortune’s Broadsheet.

She began with a report from the World Economic Forum in Davos, and a panel of women who had become world leaders including Lithuania President Dalia Grybauskaitė and former Chile President Michelle Bachelet. In telling their stories, most expressed surprise that they’d gotten a job that they didn’t actually seek.

Panelist Chrystia Freeland, Canada’s foreign minister, noted, “It’s interesting how… [you’re] saying, ‘I never wanted the job I ended up with.’ And I wonder if that’s partly because we’re women, and women are not supposed to be too ambitious.”

It will take friends in powerful places to change this. “The best people to advocate are white men,” says Hekman. “They get penalized far less.”

Which sounds like a great reminder for Intel’s CEO and the white male executives in talent pipelines everywhere: You all have an essential role to play in changing the culture so women of all colors and people of color of all genders can speak up for themselves.

That kind of advocacy has a ripple effect that gives everyone around them permission to address and dismiss any hidden biases – like their contempt for overambitious women. “Just acknowledging race and gender before decisions are made will help,” Hekman says. “Other people will be less biased in their judgments. And it matters that it comes from the top.”

Universal accepts the 4 percent challengeThey’re the first major studio to agree to take on the recently announced Time’s Up challenge to work with more women directors. As a result, Universal Pictures, Focus Features, and DreamWorks Animation have all agreed to announcing a new women-led project within the next 18 months. First mentioned at Sundance, the 4% Challenge asks producers, actors, and other industry leaders to commit to a woman-led project within the coming year and a half. Amy Schumer, “Crazy Rich Asians” producer Nina Jacobson, and “Professor Marston and the Wonder Women” writer-director Angela Robinson were among the first to sign on. Click through for more info and stats.Women and Hollywood

We see allies getting a lot of points for using terminology that marginalized communities have been using for a while, like when men talk about feminism or white people talk about racism. There's a real celebration of those instances as opposed to a willingness to listen to the people most affected. —Moya Bailey