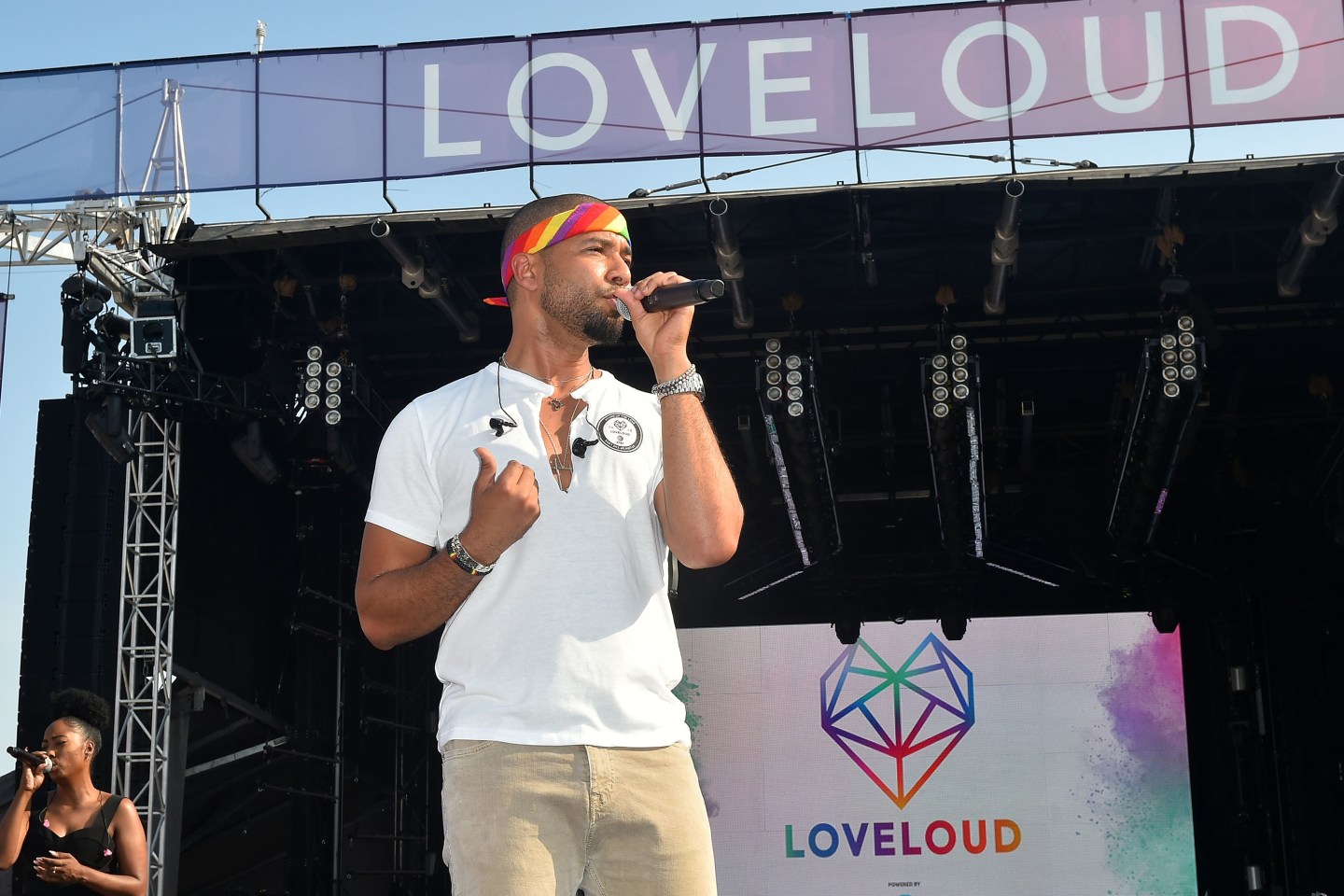 The news ripped across social feeds like a tsunami. Did you hear what happened to #JussieSmollett?

Smollet, the charismatic 36-year-old singer, dancer, actor, photographer and star of Fox’s hit television show Empire, had arrived in Chicago late Monday and was out grabbing some food around 2 A.M. on Tuesday when he was allegedly attacked.

Two “unknown offenders approached him and gained his attention by yelling out racial and homophobic slurs towards him,” according to a statement from the Chicago Police Department. “The offenders began to batter the victim with their hands about the face and poured an unknown chemical substance on the victim.” And then this. “At some point during the incident, one of the offenders wrapped a rope around the victim’s neck. The offenders fled the scene.”

The story, as first reported by TMZ, contains some horrific details. The two white men wore ski masks. Someone shouted to him as he walked, “Aren’t you that faggot ‘Empire’ nigger?” And, as they beat him and hung the rope around his neck, he was told, “This is MAGA country.”

To make matters worse, it now sounds like he’s being targeted. A threatening letter was sent to the Fox studio in Chicago a week before the attack, which included similar language. The FBI is now investigating that threat, according to the police.

Smollett was able to get himself to the hospital, and the incident is being investigated as a hate crime, says the Chicago Police Department.

But the leaked details of the alleged attack have triggered an important conversation about hate, terrorism, and the complex identities of victims.

Smollet, who is beloved for his spirit, talent and activism, is black and gay.

Preston D. Mitchum, is also many things, a Black and queer civil rights advocate, writer, lawyer, and policy analyst at the Center for Health and Gender Equity (CHANGE). He recently published a column on Outward, Slate’s LGBTQ+ channel, which addresses these painful issues of intersectionality and hate.

He begins by recalling the Shepard-Byrd Act, the 2009 legislation, signed into law by then-President Obama, which officially made it a federal crime to assault an individual because of their actual or perceived gender, gender identity or sexual orientation.

The bill is named for two hate crime victims: James Byrd, a black man who was dragged by white supremacists behind a truck to his death in Texas, and Matthew Shepard, a white gay man tortured, beaten and left to die in Laramie, Wyoming. Both occurred in 1998.

But chances are, he says, most people have only heard of Shepard.

“The murders of Byrd and Shepard rightfully brought national and international attention to the lack of hate crime legislation at local, state, and federal levels,” he writes. “Civil rights organizations and community responses helped create a necessary call to action about the marginalization and violence against LGBTQ people or black people. But that call rarely, if ever, considered the intersectional nature of identity, the fact that some of us are black and queer. And that oversight has profound consequences for people like me.”

Mitchum correctly notes that black LGBTQ people experience higher rates of violence than their white counterparts, and studies of hate crimes often focus on race or LGBTQ identity, which leaves an entire population unsupported. And despite the Shepard-Byrd Act, hate crimes are nearly impossible to prosecute.

It’s important, he says, to do this work.

“Contrary to mainstream depictions of black LGBTQ people (if we’re ever depicted at all), our identities are not distinct,” he says. “Our full lives have value and must always be celebrated. We don’t have to strip ourselves of our black identities or our queer identities to be remembered. Yet society attempts to reduce us to one or the other in how we live and in how we die.”

Can Ludacris save Harley Davidson?
Harley-Davidson missed its earnings expectations by a wide margin yesterday, sending stocks tumbling some 8 percent in the pre-market and triggering a spate of uneasy rider jokes. The blame lies in part with President Trump’s trade war, but tariffs aren’t the only issue. It’s also the aging of the company’s demographic and the company’s struggle to attract younger fans. But on the same earnings call, CEO Matthew Levatich said he had found hope online. “We drove relevance and interest through our activations with celebrities and social media influencers, whose content and activity generated equivalent traditional media value that was up 80%,” he said, citing year over year numbers. That included launching new 2018 bikes with an Instagram event featuring  Aquaman star Jason Momoa, country musician Brantley Gilbert, and rapper/actor Ludacris. Word of mouf, ftw.Quartz