raceAhead: The Redemption of Kevin Hart? 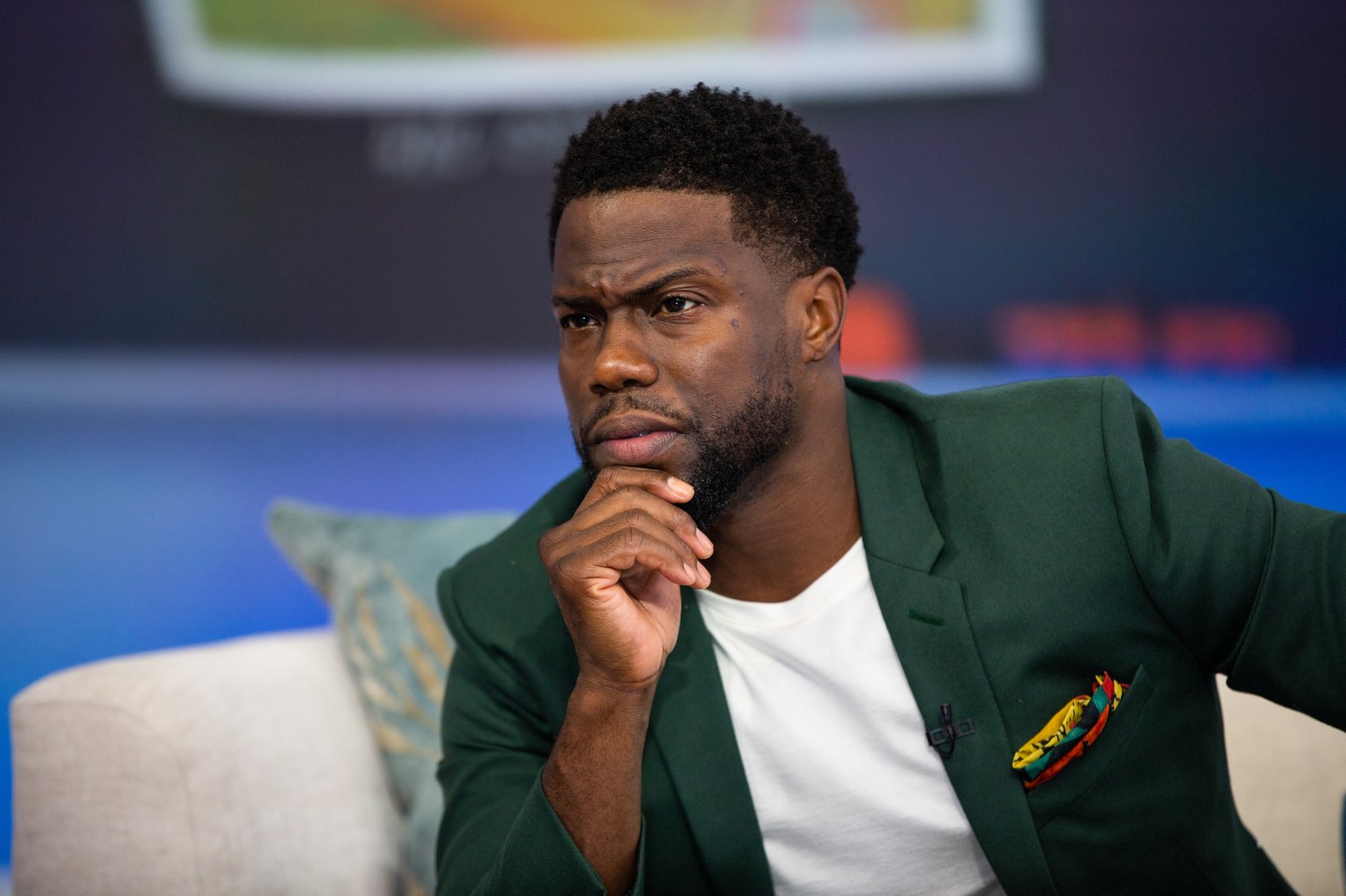 Who gets forgiven? Who gets to decide? These are the crowdsourced questions of a modern age.

Consider the persistent case of Kevin Hart, who removed himself as Oscar host, after previous tweets containing homophobic slurs came to light, including one tweet in which he called someone a “fat faced fag,” and another where he said he’d smash a dollhouse over his son’s head if he caught him playing with it. “Because that’s gay.”

After refusing to apologize, he later apologized, sort of, but not after characterizing the online backlash as a “malicious attack on my character.”

“I’m sorry that I hurt people… I am evolving and want to continue to do so. My goal is to bring people together not tear us apart,” he tweeted. “Much love & appreciation to the Academy. I hope we can meet again.”

Hart attempted a reputation reboot in an interview on the Ellen show on Friday. It did not go well.

Ellen DeGeneres revealed that she had lobbied the Academy to get Hart reinstated. “Whatever is going on in the Internet, don’t pay attention to them. That’s a small group of people being very, very loud. We are a huge group of people who love you and want to see you host the Oscars.”

CNN’s Don Lemon wondered aloud if DeGeneres was in a position to offer absolution, and weighed in with an emotional call for Hart to dig more deeply before he moved on.

Referring to the dollhouse joke, Lemon said, “But the truth is, that is a reality for many little boys in the United States. Somewhere, a black dad is beating his black son. For example, my friend Lee Daniels was thrown into a trash can by his own father for being gay, an event he dramatized in Empire.”

While it may seem that the famous folks get all the heat, for regular people who get nailed for hate speech and the like, the attention can be just as intense.

Here are some recent examples:

The Alpha Chi Omega chapter at the University of Tennessee suspended a white sorority sister for a short video first recorded on Snapchat and shared on Twitter after a video of her saying the N-word was posted by a disgusted alum.

The Baltimore Ravens publicly called out defensive lineman Patric Ricard’s newly discovered racist and homophobic tweets, which were posted when he was in high school, from 2011-2013. He immediately apologized.

A recent spate of disturbing racist incidents have put Portland, Ore. back in the spotlight — including a meeting of business leaders in which one real estate executive declared that ethnic minorities lacked the education to be full players in civic life, and another in which a black hotel patron was removed from a DoubleTree lobby for no reason other than he was speaking on his phone.

“I think if you interviewed people of color, they would say, that’s just Tuesday,” said Stephen Green, the director of WeWork’s new Portland startup incubator told Oregon Live’s business column. “That’s not out of the norm,” said Green. “It’s out of the norm that it got recorded.”

Camera phones and deft use of social media are making the world a very uncomfortable place: In every incident cited in the Oregon Live piece, the offender was fired, removed, reprimanded or arrested.

I think of it as a quickening of the pace of institutional courage and leadership.

For all the discomfort, I remain optimistic that people who legitimately need to evolve will be given the space to do so if they are willing to show their work.

But I’m also optimistic that powerful people who have been exposed by credible allegations of hate speech, discrimination, harassment, and abuse will emerge from their experience to discover a world rearranged in such a way that they will no longer be allowed to be powerful and abusive.

And I hope their victims find justice.

In a move clearly influenced by a documentary supported by high-profile online advocacy, Cyntoia Denise Brown, a young woman who was serving a life sentence in Tennessee for killing the abuser who bought her for sex when she was 16, has just been granted clemency.

“If Cyntoia Brown were tried today, legal experts say she would not have been tried in the same way,” said CNN affiliate WZTV anchor Stacy Case, an expert investigator of child trafficking cases. “Our courts today would view her as a child sex slave… she would be viewed as a victim.”

Editor’s Note: We mistakenly identified Congresswoman Rashida Tlaib as Pakistani American in Thursday’s newsletter. The essay has now been corrected to identify her as Palestinian American.

The Golden Globes was a mixed bag of diversity, and delightThere was something for everyone to cheer and sneer at the awards show last night. Hosts Sandra Oh and Andy Samberg were nice, funny, and hit all their marks, and Sandra Oh’s win for her role in Killing Eve was particularly poignant. Gaga lost to Glenn Close, which ended up being well, fine, and Rami Malek’s charming speech for his award for Bohemian Rhapsody, was not enough to make up for the collective head scratch at the choice. But for all the diversity, and there was plenty, the snubbing of Black Panther and Crazy Rich Asians left inclusion fans even more over Green Book.New York Times

The in-articulators would have us believe that poetry should be kept out of our daily conversations and saved for the mountaintops or the champagne parties. But poetry belongs where truth exists. Poetry wants to live where honesty and courage have been prioritized. Poetry is the first language of a free and flying unchained heart. Poetry is the heart's journalism—with or without a word count. Poetry is our greatest human portraiture. If Baldwin was right (and of course he was) and the "poets are the only ones who know the truth about us" then dare I say the journalists are our heartbeat and tambourine.Nikky Finney