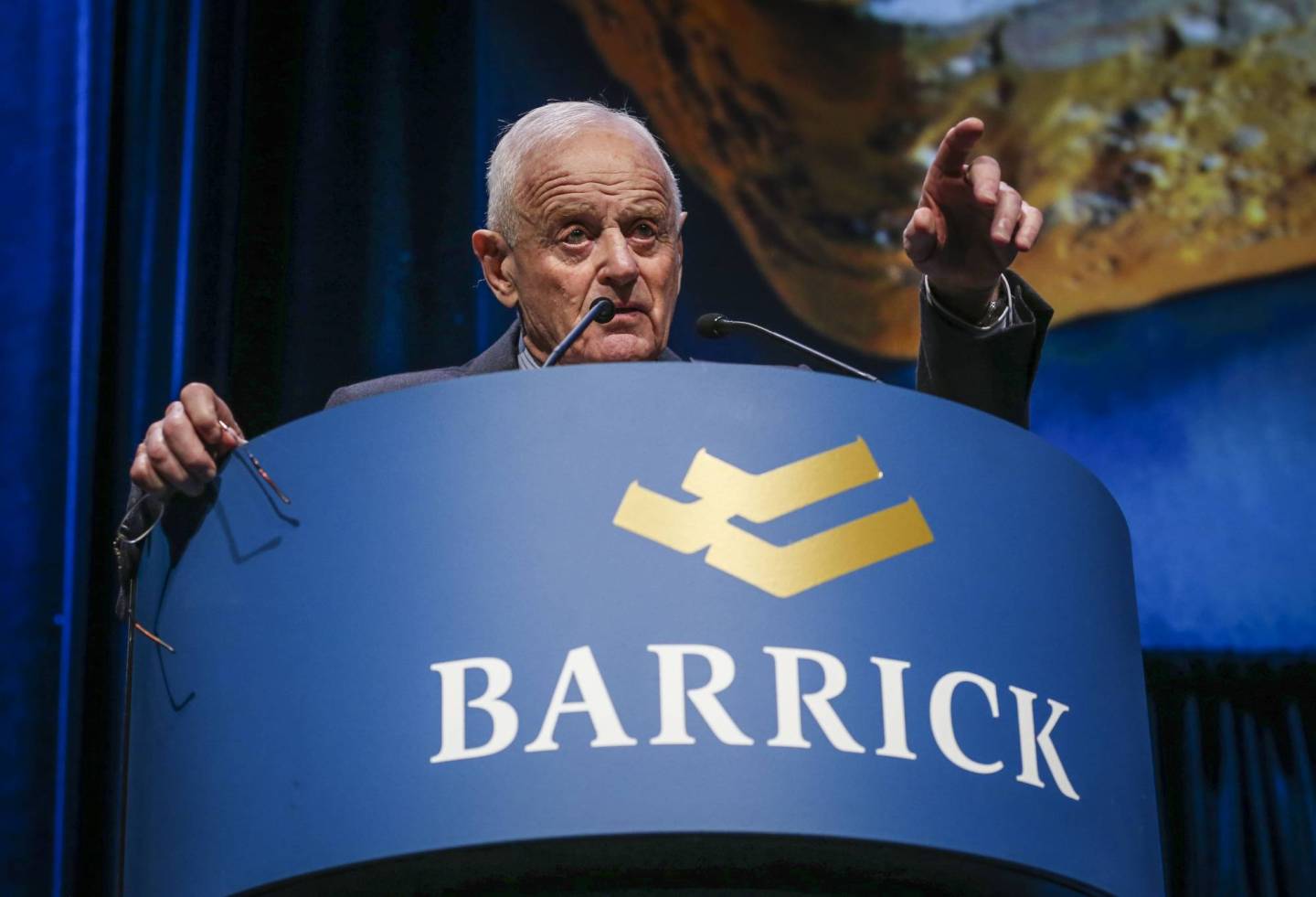 It’s time for reflection as the world heads for a shutdown—the good kind, where you rest, play, read, watch, listen, and otherwise enjoy the company of friends and family.

Elsewhere, chickens have come home to roost for executives who chased fads, sometimes even if they were the right fads to chase. The Wall Street Journal reports that miner Barrick Gold is cutting back on the “digital reinvention” strategy of its executive chairman, ex-Goldman Sachs banker John Thornton. (The company suggests its moves are prudent rationalizing ahead of a major merger rather than capitulation.)

Digital transformation is tougher to do than say. Former General Electric CEO Jeff Immelt liked to repeat the mantra that the industrial titan needed to be a “top 10 software company,” a noble-sounding goal that turned out to be a hollow mantra. GE’s head of digital is leaving as GE dumps digital assets. In media, it turns out that companies like Mic, BuzzFeed, Vice, and others could do great things when the venture-capital flowed but not so well when it was time to run a business.

I’ll spend the next two weeks reflecting on how I can do better in 2019. This is my last Data Sheet until January 8, when I’ll be in Las Vegas for the consumer-electronics trade show CES, though the newsletter will return to your in-boxes starting Jan. 2.

On behalf of Aaron and the entire Fortune editorial team, thank you for sharing your days with us over the past year. May you and yours have a joyous Christmas, a restful time off, and a healthy, prosperous, and happy New Year.

I know the name of my next band. Federal prosecutors charged two Chinese nationals with conducting an extensive hacking campaign that attacked 45 U.S. companies and others in an effort to steal data and intellectual property. The pair, known as Advanced Persistent Threat 10, stole data on thousands of Navy personnel and also penetrated computers linked to IBM, Hewlett Packard Enterprise, and NASA’s jet propulsion laboratory.

Cooked up in my basement lab. Seeking to enable more commerce over its popular WhatApp service, Facebook is developing its own digital currency. The initial focus is for users in India, Bloomberg reports. The plan is for a so-called stablecoin, a cryptocurrency whose value is pegged to the value of a standard currency like the U.S. dollar. Meanwhile, India is caught up in a debate over data snooping after a government order issued on Thursday permitted 10 agencies to intercept and monitor "any information generated, transmitted, received or stored in any computer."

You know you've made it when. Forget the A.I. race and the 5G race and all that. The most important tech race in the world is probably the push to develop quantum computers, machines capable of so many simultaneous operations that they could render present encryption techniques useless. On Wednesday, Congress passed a bill, which the president is expected to sign, laying out a 10-year development plan complete with grants for researchers and a dedicated presidential advisory committee.

Free to play. Furthering consolidation in the mobile gaming market, Zynga said it would pay $560 million for 80% of Small Giant Games, makers of the popular title Empires & Puzzles. That's an awful lot of Atlantis coins.

Poof. The $1.6 billion lawsuit hanging over Spotify's head disappeared on Thursday in a settlement that appears to be for a small fraction of the initially demanded sum. Wixen Music Publishing, which owns rights from rock greats including Tom Petty and Neil Young, agreed to drop the suit for an undisclosed amount, which signals a small settlement, Variety reported. A large payout by Spotify would have to be disclosed under SEC rules.

No one gets fired for buying from Google. If you work in advertising or ad tech, you may be interested in this analysis by Digiday's Seb Joseph about why Verizon's Oath unit has struggled, leading to the huge write down last week.

Prime and Punishment: Dirty Dealing in the $175 Billion Amazon Marketplace (The Verge)
Last August, Zac Plansky woke to find that the rifle scopes he was selling on Amazon had received 16 five-star reviews overnight. Usually, that would be a good thing, but the reviews were strange.

4 Days, 170,000 People, and One Metallica Concert Later, I Figured Out What Salesforce Is (Quartz)
It was only day two, and already the spectacle that is Dreamforce had left me no choice but to eat some weed. I chewed up half of a strong California gummy, the kind that you buy legally in an Apple store for stoners, and settled into a couch on a terrace overlooking San Francisco.

The Itsy-Bitsy, Teenie-Weenie, Very Litigious Bikini (The New York Times)
On a sunny summer day in Montauk, Ipek Irgit was in the familiar situation of not knowing what she was doing with her life. It was 2012, and she was 34 years old. Earlier in the year, after having her heart broken, she had taken a vacation in Brazil, visiting Rio de Janeiro and the beach towns of Bahia. Now she was on the beach on Long Island, wearing a handmade-looking bikini with crochet and exposed elastic straps, trying to figure out what to do and who to be.

The Bootleg Video Vans of the Soviet Union (The Atlantic)
I learned English—and Western culture—watching American movies in smoky minibuses. An Object Lesson.

The near-two-day disruption of flights at Gatwick Airport this week highlights again the potential–and real–security threats from autonomous flying aircraft. Kathy Gilsinan has a deep dive for The Atlantic into the difficulties with regulating drones or building sufficient countermeasures and safety systems. Among those quoted are Jaz Banga, the CEO of startup Airspace Systems.

As the risk of accident or malfeasance has grown, so has the industry devoted to countering rogue drones. “It’s almost the Wild West of counter-drone [development] out there right now,” said Banga. Various companies offer different kinds of monitoring systems: net guns that can be used to capture drones and bring them down, vehicles like Airspace’s that can tow a potentially dangerous flying object away from a crowd and to safety, and even “geo-fencing” software that physically repels a drone from flying into certain airspace.

So far, however, none of these systems are deployed in any comprehensive way around the United States. Instead, a patchwork of systems is being used in a handful of sensitive areas, such as airports and stadiums. “Most cities don’t have anything,” says Tim Bean, the CEO of Fortem Technologies, another drone-security company, which launched its own detection services in recent months. The technology is currently being tested at Salt Lake City International Airport, and one other that Bean declined to identify. Most of the remaining hundreds of airports around the country aren’t using any dedicated drone-detection services, and drones are too small for most standard radar to detect.

How a German Man Wanted His Amazon Data and Got 1,700 Alexa Files—About a Total Stranger By Grace Dobush

Elon Musk Donates More Than $400,000 to Buy a Laptop for Every 7th and 8th Grader in Flint, Michigan By Chris Morris

I don't know about you, but I'm more than ready for 2018 to come to an end. If you want to reminisce a little before the year draws to a close, though, Google has the game for you. Which word was searched more this year, Yanny or Laurel? Who was more popular with Google users, Elon Musk or Iron Man? Which fictional bear got the most search love, Winnie the Pooh or Paddington? Not as easy as you thought?

Good luck and we'll see you back here in the new year. Data Sheet resumes on January 2, and Adam returns for essay writing on Jan. 8.