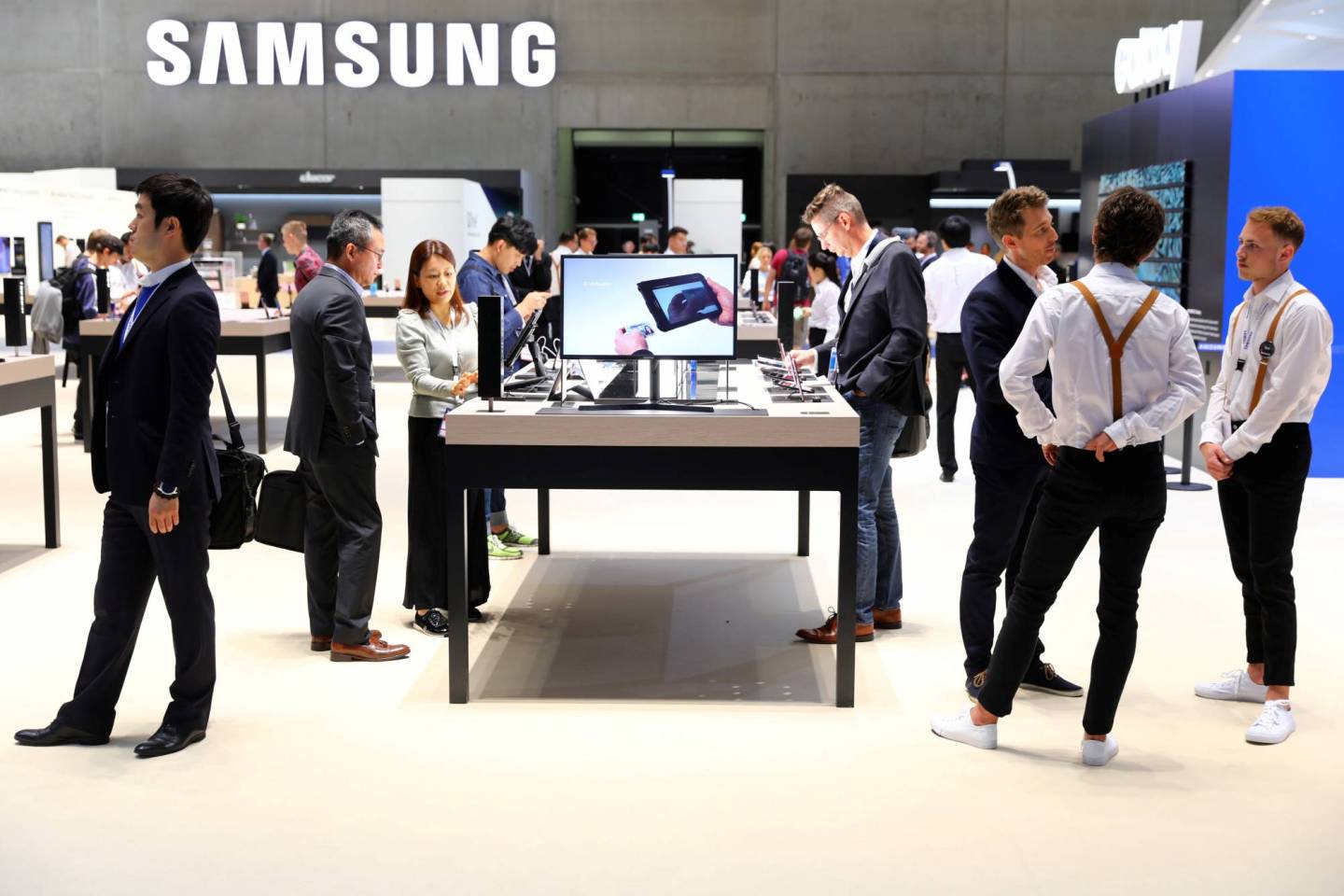 Visitors in front of a Samsung logo during the preview day of the IFA trade show for consumer electronics and home appliances, in Berlin, Germany August 30, 2018. REUTERS/Christian Mang - RC141E5DA0F0
Christian Mang—Reuters

On a cold winter day in February 2011, I hustled into a secret meeting in New York to see a new type of smartphone. The device had two separate screens that worked as one when unfolded. It sported a trick hinge and special software to enable true, side-by-side multitasking on Android for the first time. For example, you could watch YouTube on one screen and browse the web on the other, or read Gmail while viewing your contacts.

That phone was the Kyocera Echo—and it was an epic failure.

Sprint, the only carrier to sell the phone, never released sales figures, but the phone failed to resonate with reviewers or consumers for numerous reasons. The Echo was enormous, awkward, and had the worst battery life I’ve ever seen. (We’ll put aside the fact that Android was still pretty rough around the edges back then.)

Fast forward to October 2017 and ZTE attempted to do much the same thing, this time with AT&T. The Axon M featured two screens that became one when the butterfly hinge was unfolded. It was a far more cohesive attempt at a folding phone than Kyocera’s (mostly due to advances in technology), but the device fared no better in the market than the Echo. The Axon M was huge, heavy, and far too pricey given the similarly-priced (and non-foldable) iPhones from Apple and Pixels from Google that were released at about the same time.

Based on these two examples, the future of foldable phones is questionable at best. And yet, Samsung believes this is what will carry its business forward through the next few years.

For months, Samsung has been hinting that it will announce a foldable phone. It now appears that the company is finally ready to give us a sneak peak.

“I’m positive that we do need a foldable phone,” D.J. Koh, mobile chief at Samsung, said earlier this year. “It may be a niche market [at launch], but definitely, it will expand.”

Samsung is scheduled to hold its annual developer conference starting Nov. 7 in San Francisco. It’s possible the company will use the event as a launch point for its foldable phone after hinting this week that it would, at the very least, reveal the software for the folding concept, if not the phone itself.

Let’s not kid ourselves, it’s the software that will sell the thing.

“Samsung has been teasing the technology for a long time, but not the use case,” said Avi Greengart, research director at GlobalData. “Every new form factor and display technology has trade-offs, so Samsung needs to come up with a compelling reason to put up with the inevitable drawbacks. Ideally, this would be driven by software and services, but these have not been traditional areas of strength for the company.”

It’s critical that Samsung nail the software. The user interface would need to transition smoothly as people fold and unfold the device in a way that maintains the task at hand or somehow enhances it. Speaking of which, just what tasks will those be? Samsung hasn’t specified. Does Samsung expect power users to take advantage of dual-screen multitasking, or does it expect media lovers to view movies on the larger combined screen? Will we prop these phones up like a tent and watch video on either side?

“I am encouraged that Samsung appears to be taking its time turning the tech into a product; terrible software doomed dual-screen folding phones from Kyocera and ZTE,” noted Greengart before drawing parallels between a foldable phone and Samsung’s Note 9, a big-screened phone that packs a stylus. “While Samsung has struggled getting developers to customize apps for its phones, Samsung’s own apps do take advantage of its unique hardware. For example, pulling out the Note’s S Pen immediately launches a note-taking app, and Samsung’s calendar app takes advantage of the phone’s additional screen real estate with more useful information in the monthly view.”

If Samsung can tie the folding hardware with software that puts the unique aspects of the device to effective use, then perhaps it has a shot.

Samsung’s Koh said as much himself. “When we deliver a foldable phone, it has to be really meaningful to our customer,” quipped Koh. “If the user experience is not up to my standard, I don’t want to deliver those kind of product.”

Koh believes Samsung’s folding phone won’t be a gimmick and will have the necessary staying power to define a new category of devices. Samsung is expected to sell the device globally, though probably not until 2019.

Believe it or not, a company called Rouyu announced a foldable phone this week, and LG may announce one in early January at the CES trade show.

Samsung’s folding phone is primed to arrive right when it needs it most. The company’s recent quarterly earnings show that shipments and revenues for its mobile device business have been flat. Samsung said it sold a respectable number of high-end phones, such as the Galaxy S9 and Note 9, but it failed to generate decent sales with entry- and mid-level phones. It needs something to stand out.

Samsung is also looking at mobile 5G, the next-generation of wireless technology, as a differentiator. The timing couldn’t be better. Samsung has over the last few years announced its Galaxy S flagship devices in February or March. In the early months of 2019, this will coincide with AT&T, T-Mobile, and Verizon Wireless’ plans to deploy 5G in a handful of markets during the first half of the year. You can be sure handset makers are lining up to have the “first 5G phone” at any cost—Samsung among them.