raceAhead: I Want My Immigrant TV 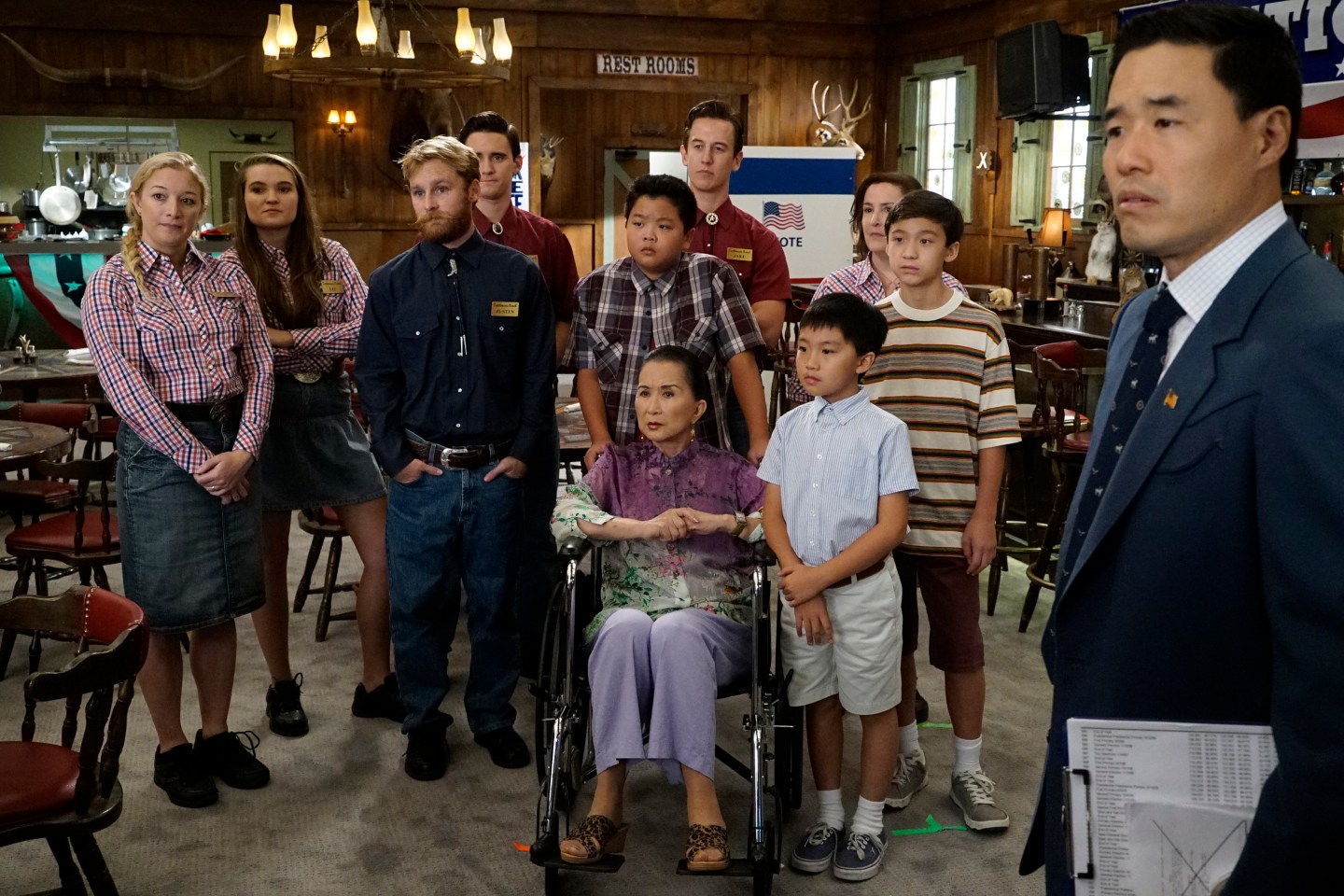 FRESH OFF THE BOAT - Citizen Jessica - As Louis and the Cattlemans Ranch staff prepare to serve as a polling place for the 1996 election, Jessica suspects that one of the restaurant employees may be an undocumented immigrant. So when Jessica reports her findings to the I.N.S., she learns that her immigration status is also questionable. Meanwhile, Eddie and his friends have a heated debate over who killed rapper Tupac Shakur, on ABCs Fresh Off the Boat, airing on TUESDAY, NOVEMBER 1 (9:009:30 p.m. EDT). (Kelsey McNeal/ABC via Getty Images) HUDSON YANG, LUCILLE SOONG, IAN CHEN, JILLIAN ARMENANTE, FORREST WHEELER, RANDALL PARK
Kelsey McNeal—ABC via Getty Images

I grew up in a pretty diverse part of New York City, filled with immigrants from a host of nations. It never occurred to me until later in life that nothing in my copious television viewing as a young person resembled in any way the experiences of the many people I knew and went to school with.

Could it really be that the most memorable immigrant character I grew up with was Kung Fu’s utterly non-Chinese David Carradine?

For all the improvements since the olden days—Fresh Off the Boat, Jane the Virgin, Master of None as recent examples—we still have a long way to go.

A new study from Define American, the media organization founded by Pulitzer-winning journalist Jose Antonio Vargas, USC Annenberg’s Norman Lear Center and The Hollywood Reporter charted the depiction of immigrants on scripted television and compared it with data about their real life behavior.

Immigration Nation: Exploring Immigrant Portrayals on Television analyzed 143 sample episodes from 47 series airing in 2017 and 2018, and found that immigrant characters are portrayed as less educated and more prone to criminality than is actually true. Blame it in part on the never-ending search for a news peg, but these depictions matter.

“Historically, the way that media has portrayed marginalized communities has had a direct impact on how those communities were treated in wider society, from voting rights to criminalization of their mere presence in spaces,” Noelle S. Lindsay Stewart, entertainment media manager for Define American tells The Hollywood Reporter.

Here’s just one example. In the analysis, more than 34% of immigrant characters on TV are associated with crime, and 11% are depicted as formerly, currently or about to be incarcerated. Yet, according to studies by the Cato Institute and others, real-life immigrants commit fewer crimes than native-born citizens. If you exclude the now-murky world of immigration-related detention, only about 1% of immigrants are incarcerated at the state or federal level.

These impressions shape the thinking of all sorts of viewers for whom television is the primary way they get to know people different from themselves.

A 2011 study conducted by The Opportunity Agenda, a social justice media organization, found black males are similarly depicted negatively in the media. (If, of course, they’re given a chance to speak at all.) These negative portrayals—as criminals, bullies, fools, or simply “underprivileged”—lead to real-world consequences. According to the authors of the study, there is a connection between these inaccurate media portrayals and “less attention from doctors to harsher sentencing by judges, lower likelihood of being hired for a job or admitted to school, lower odds of getting loans, and a higher likelihood of being shot by police.”

Not to mention the creation of an ill-informed electorate unprepared to understand the outcomes of their policy ideas.

But a commitment to more nuanced story-telling—showing immigrants and people of color as fully realized human beings living in a complex world, can help.

It’s about proximity and understanding. “Our research experience also suggests that hopeful stories and novel ideas can go a long way towards engaging new audiences and new support,” the authors of the report say. Think of it as entertainment as bias-mitigation training.

A new tax code loophole is incentivizing billionaires to invest in low-income communitiesThis fascinating read from Recodeleft me pondering one of life’s big questions. Just how many billionaires are there? The mega-wealthy are all abuzz about a hot new tax write-off crafted in part by early Facebook exec Sean Parker, which lets wealthy investors put money that comes from appreciating stocks, sale of a start-up, or other asset that’s increased in value, into new “Opportunity Zones” to avoid capital gains taxes until 2026. There are 8,700 Opportunity Zones across the U.S., the money will be applied to a variety of projects, some of which will make a return, some of which won’t. Hard to say if the investments will actually be good for communities, either way, expect chest-thumping from wealthy tax avoiders.“It’s designed to have them do something with their capital that’s productive, rather than just sitting on a huge amount of Facebook stock or something,” says Parker.Recode

…[T]he musical, through its music, dances, romantic melodrama and its exoticism of cultural otherness distracts from the racism within it…"West Side Story" depicts a fight for urban space, a space that’s already been impregnated with Anglo-American cultural symbols and political significations for power relations, interactions and social actions…[T]he musical projects how the Puerto Rican migration to New York City in the 1940s and 1950s not only usurps the order….of Anglo Americans…it constitutes a threat to the assumed coherent and monolithic identity of the Anglo-American subject.Alberto Sandoval Sanchez