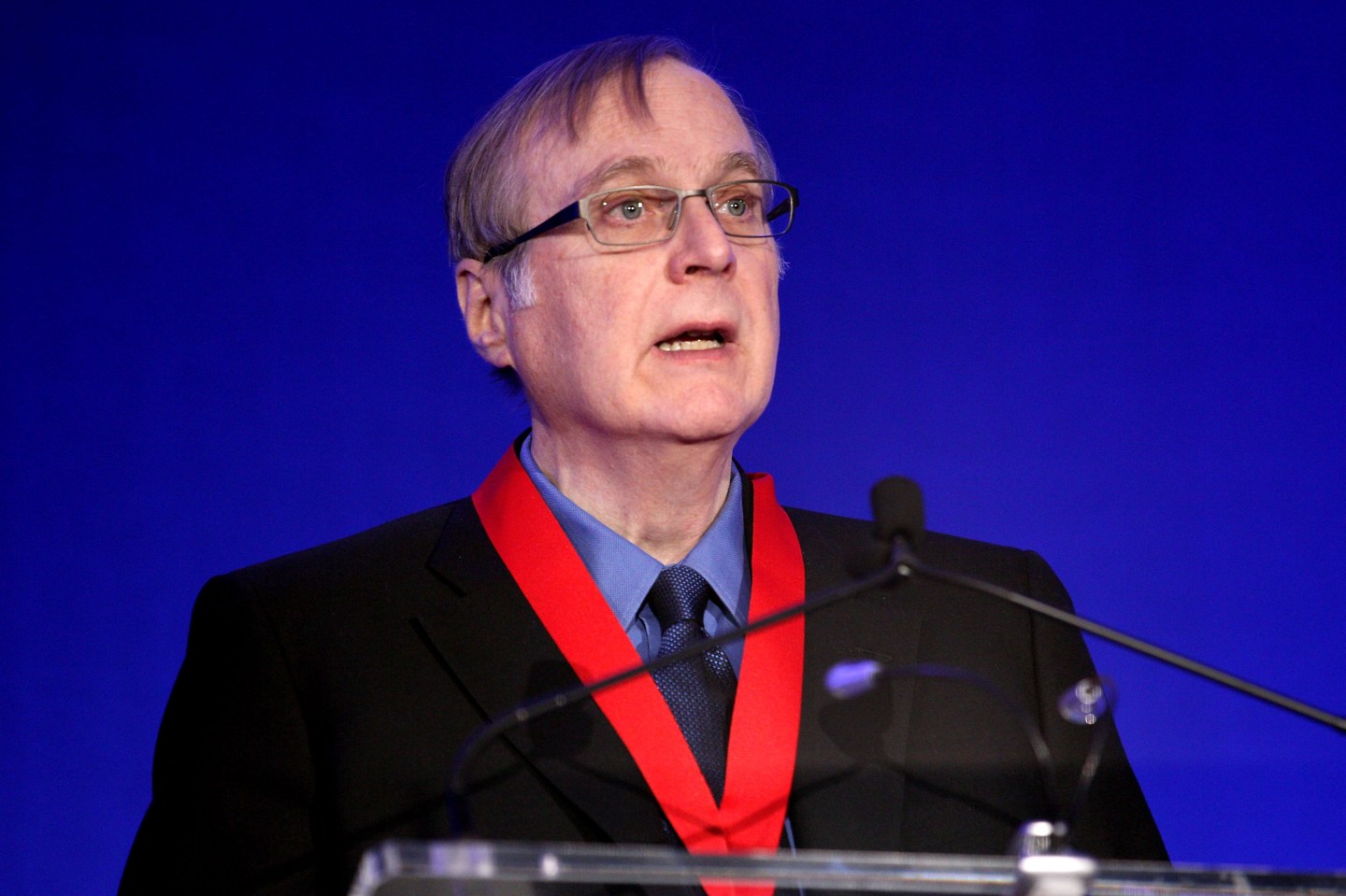 Paul Allen has died. The co-founder of Microsoft, and an investor and philanthropist who bet often far in advance on new technology, medical research, higher education, and urban initiatives was 65. His real-estate venture, Vulcan, released news of his death the afternoon of Oct. 15 in Seattle.

Vulcan CEO Bill Hilf said in a statement, “All of us who had the honor of working with Paul feel inexpressible loss today. He possessed a remarkable intellect and a passion to solve some of the world’s most difficult problems, with the conviction that creative thinking and new approaches could make profound and lasting impact.”

The statement showed the diversity of Allen’s interests, as it was made on behalf of Vulcan as well as Allen’s two sports teams, the Seattle Seahawks and Portland Trail Blazers; Stratolaunch Systems, a firm designing an air-based space-launch system; and two non-profits: the Allen Institute, a bioscience research organization, and the Allen Institute for Artificial Intelligence, which focuses on providing free data and tools to AI researchers.

A Seattle native who spent most of his life in and near the city, Allen had long had a deep personal and financial interest in professional sports. A fan of basketball, he purchased the Trail Blazers for $70 million in 1988. They have since made the playoffs 23 times, and are now worth nearly $1 billion. The Seattle Seahawks’s majority owner was on the verge of moving the team to southern California in 1996, when Allen stepped in and purchased the team the following year for $194 million plus a commitment of $130 million for a new stadium. Several sources value the team at about $2.5 billion today. Allen also became a minority owner of the Seattle Sounders, a Major League Soccer team that started playing in 2009.

While Allen’s biographical sketches always begin “co-founder of Microsoft,” his involvement in the company was relatively brief. Regardless, in a statement about Allen’s death, Bill Gates said “Personal computing would not have existed without him.”

Allen was 14 when he met Bill Gates, then 12, at a Seattle prep school. Just four years later, he and Allen, along with with Paul Gilbert, co-founded a traffic-counting company for governments called Traf-o-Data. In 1975, both Gates and Allen dropped out of college, moved to Albuquerque and started “Micro-Soft,” later losing the hyphen. That city was the headquarters of MITS, which made the Altair 8800, an early microcomputer that sparked the PC revolution. They didn’t stay long, returning to the Seattle area by 1979.

In 1982, Allen received a diagnosis of Hodgkin’s Disease, and, in his book Idea Man, recounted that he overheard Gates and early Microsoft employee Steve Ballmer, discussing diluting his ownership because of his lack of productivity during treatment. He confronted them, he wrote, and they apologized. Allen opted to leave Microsoft in 1983, though he continued to serve on its board for many years as he decreased his ownership in company stock.

At his death, Allen’s net worth was estimated at over $20 billion. His investments went through two major phases. From the early 1980s to the early 2000s, Allen frequently bet early on technologies and industries that hadn’t yet matured, though many later became big winners after his exit. He was termed in 1994 by Wired and in the title of a 2003 book, the “accidental zillionaire.” His hiccups included Starwave (1993), which developed some of the earliest major media sites, like ESPN.com, ABCNews.com, and Outside Online. Allen was an early investor in America Online, though he dumped the shares in 1994 for $100 million at a large profit after AOL rebuffed him purchasing more—missing gains that would have later valued his holdings at $40 billion. He took control of Metricom in 1997, a firm that offered Wi-Fi-like wireless data across entire cities, but it shut down in 2001. He also lost billions in trying to gain control of cable companies Charter Communications and RCN.

But Allen’s fortunes turned as the millennium rolled over, and from professional sports to real estate to early-stage investment, he frequently reaped a high rate of return. HIs investment in the entertainment studio DreamWorks doubled, while he more quietly saw big rises in energy providers and wireless spectrum purchases.

Allen’s investment in Seattle are among his biggest wins. Vulcan bought up a large portion of a low-height light-industrial district north of downtown after a massive city park Allen proposed to help build there was rejected by voters. The area transformed over a decade into office towers and research labs. Amazon, founded in Seattle, expanded heavily into Allen-controlled buildings, and companies like Google and Facebook established large outposts in properties he controlled.

Allen gave away nearly $3 billion during his lifetime, to nonprofits he endowed, the computer-science department at the University of Washington, and to efforts like a project to house homeless and low-income people in Seattle earlier this year. UW renamed its computer science and engineering school for Allen in March 2017 after a $40 million gift.

Allen’s sister, Jody Allen, said in statement provided by Vulcan and on behalf of his family, “While most knew Paul Allen as a technologist and philanthropist, for us he was a much-loved brother and uncle, and an exceptional friend. Paul’s family and friends were blessed to experience his wit, warmth, his generosity and deep concern.”

Seattle’s Mayor, Jenny Durkan, said in a statement, “Paul was a true son of Seattle who made his beloved city—and our world—a better, more vibrant place. For generations to come, Seattleites and people across our planet will benefit from his vision, innovation, and generosity. He quite literally helped invent the future.”

After Allen’s recovery from his first encounter with cancer in the 1980s, he was hit with Non-Hodgkin’s Lymphoma in 2009, a more virulent form that’s harder to treat. He again went into remission, but on Oct. 1, 2018, he and his firm posted a new diagnosis of the same disease. He had been optimistic about the outcome.