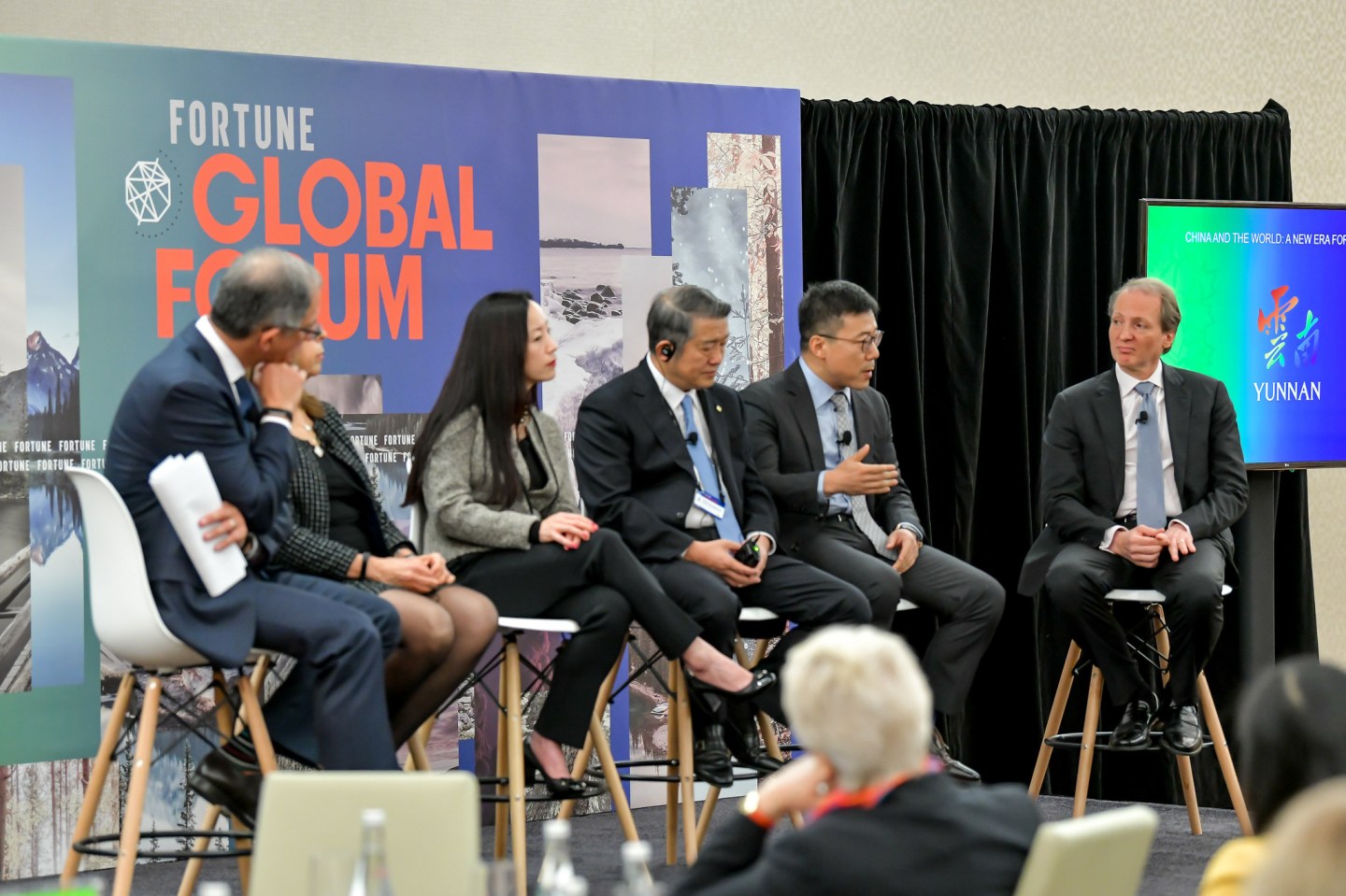 Good morning from Toronto, where this morning Fortune convenes its annual Global Forum. CEOs from around the world, and notably from around Canada, will convene in this sturdy and elegant city to discuss the state of global commercial affairs. I’ll be reporting all week from the conference. You can see the full agenda here.

There will be plenty here to interest a tech audience. I’ll kick off pre-conference activities with a morning session on the state of affairs in China. McKinsey’s Jonathan Woetzel, a China hand in good standing, will help me assess the many moving parts that make up China today: a slowing economy, a trade war with the U.S., government crackdowns on companies and people, and so on.

Another preview event focuses on innovation and will feature, among others, former Intel President Renee James. She runs a company called Ampere Computing now. She attended the Global Forum on Intel’s behalf in 2013 in Chengdu, in western China. Come to think of it, Renee, Intel needs a CEO right now …

Fallout. Concerns that Saudi Arabia's recent behavior, particularly related to the disappearance of journalist and critic Jamal Khashoggi, is now roiling the share price of one of the country's biggest outside investments: SoftBank. The Japanese conglomerate run by billionaire Masayoshi Son has taken $45 billion of Saudi money for its Vision Fund and was recently reported to be seeking an equal amount for a second fund. SoftBank shares dropped 7% on Monday.

Cheese at the end of the maze. An artist and former hedge fund manager, a possibly increasingly common career path given recent hedge fund returns, named Nelson Saiers has created a giant, inflatable rat covered in crypto code (though Saiers says his fund returns were just fine, thank you very much). His bitcoin rodent was set up outside the Federal Reserve in New York last week. “Warren Buffett called bitcoin ‘rat poison squared’ but if the Fed’s a rat, then maybe rat poison is a good thing,” Saiers tells Coindesk.

It's complicated. On Friday, Facebook gave more details about the hack it first disclosed in September. Only 30 million accounts were hit, down from the 50 million originally reported, but stolen personal info included names, phone numbers, and email addresses. For almost half those affected, additional stolen data may also have included details like gender, relationship status, religion, birthdates, the last 10 places they checked into, and their 15 most recent searches.

Just how much less. A tiny startup called Asaii that focuses on music analytics and works closely with artist managers was gobbled up by Apple for "less than $100 million," Axios reports. The company's technology could be used to improve Apple Music's recommendation algorithms or help Apple work more closely with small artists, according to the brief report. In a much larger, if less techy deal, two giants of military contracting and war-fighting tech, Harris Corp. and L3 Technologies, agreed to an all-stock merger of equals valued at about $34 billion.

ICU. Home surveillance gear can apparently turn into government surveillance gear with a proper warrant. Google unit Nest's transparency report disclosed 60 requests for data from governments around the world in the first half of 2018, though only 20% were approved by the company.

Long odds. A startup backed by NBA star Stephen Curry has licensed the Palm phone brand for a new small gadget, dubbed the Palm, which run Android apps and makes calls. Said to be the size of a few stacked credit cards, the Palm will be available from Verizon next month for $350. The device will be able to share a phone number (for a fee, typically) with a full-fledged smartphone.

Borrowing on your borrowing. The shallowest of analysis blamed today's bankruptcy filing by Sears on e-commerce and Amazon. Our colleague and ace retail beat reporter Phil Wahba has a must-read for you if you want to know what really happened.

Whether it succeeds or fails, some day, books will be written about Google's self-driving car efforts. There's plenty of fodder already, thanks in part to the company's wooing then suing of Anthony Levandowski. Until those books arrive, we have Charles Duhigg's fascinating and lengthy report in the New Yorker this week. Every section is worth reading, but one piece of the article highlights how Levandowski wanted to test his self-driving software beyond agreed upon safety limits. “If it is your job to advance technology, safety cannot be your No. 1 concern,” he told the magazine. A few years ago this happened:

One day in 2011, a Google executive named Isaac Taylor learned that, while he was on paternity leave, Levandowski had modified the cars’ software so that he could take them on otherwise forbidden routes. A Google executive recalls witnessing Taylor and Levandowski shouting at each other. Levandowski told Taylor that the only way to show him why his approach was necessary was to take a ride together. The men, both still furious, jumped into a self-driving Prius and headed off.

The car went onto a freeway, where it travelled past an on-ramp. According to people with knowledge of events that day, the Prius accidentally boxed in another vehicle, a Camry. A human driver could easily have handled the situation by slowing down and letting the Camry merge into traffic, but Google’s software wasn’t prepared for this scenario. The cars continued speeding down the freeway side by side. The Camry’s driver jerked his car onto the right shoulder. Then, apparently trying to avoid a guardrail, he veered to the left; the Camry pinwheeled across the freeway and into the median. Levandowski, who was acting as the safety driver, swerved hard to avoid colliding with the Camry, causing Taylor to injure his spine so severely that he eventually required multiple surgeries.

The Prius regained control and turned a corner on the freeway, leaving the Camry behind. Levandowski and Taylor didn’t know how badly damaged the Camry was. They didn’t go back to check on the other driver or to see if anyone else had been hurt. Neither they nor other Google executives made inquiries with the authorities. The police were not informed that a self-driving algorithm had contributed to the accident.

I'm not sure which was the bigger non-tech news in our house over the past 24 hours, so I'll let you be the judge. Was it the break up of pop star Ariana Grande and SNL actor Pete Davidson? Or are you more concerned about the royal baby news, with Meghan, the Duchess of Sussex, and Prince Harry announcing a new arrival due next spring? Both elicited loud screams here when smartphone alerts buzzed in. Perhaps we should run a Twitter poll.