Soybeans for Cars? How Japan Could Save Its Auto Industry in Upcoming Trade Talks With Trump 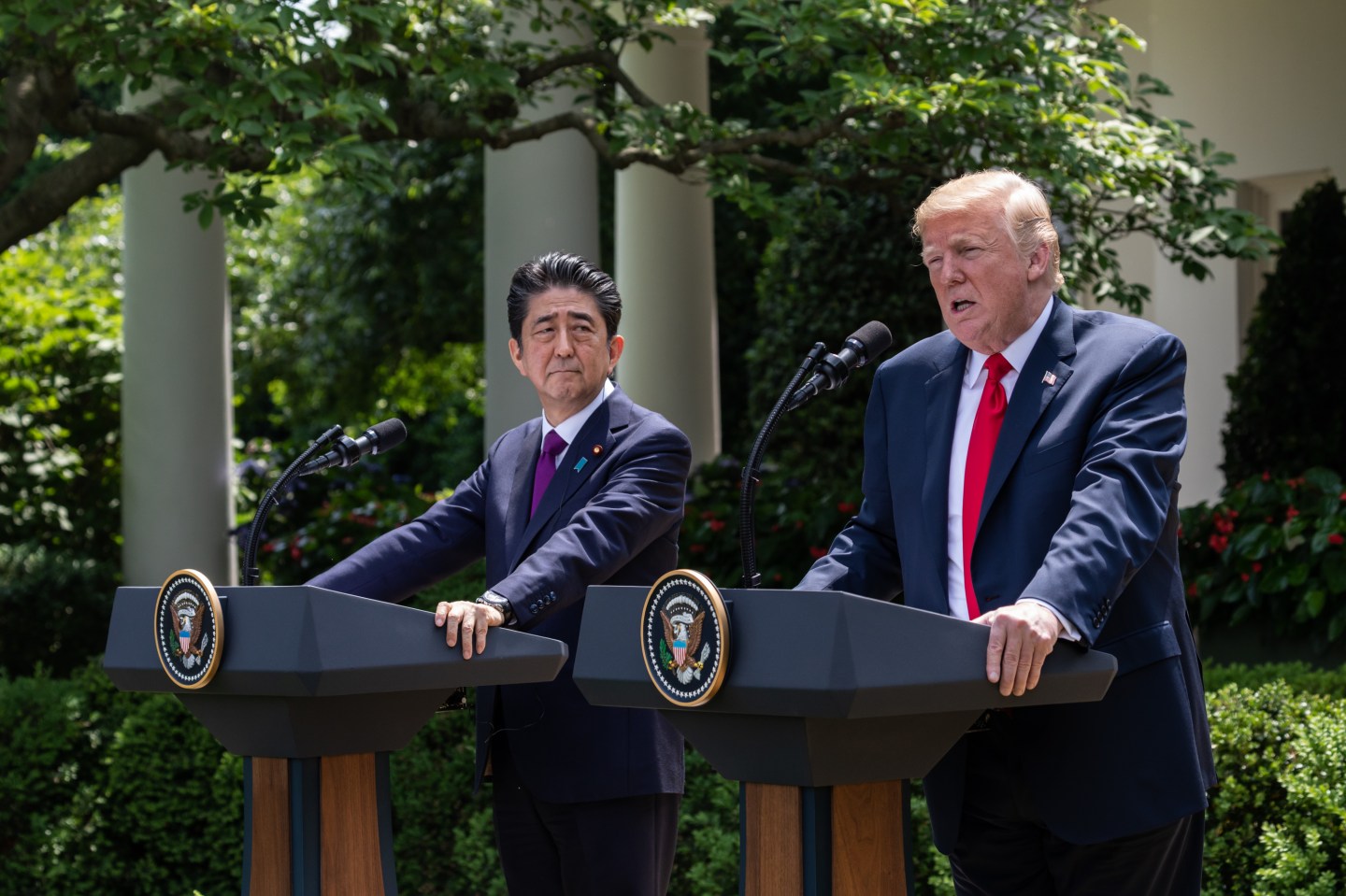 Japanese Prime Minister Shinzo Abe will meet with U.S. President Donald Trump on Sunday and next Wednesday, Abe’s government said Friday. Their trade negotiators will also hold a fresh round of talks on Monday.

There’s a lot to discuss, with growing expectations that the U.S. will tell Japan to stop exporting so many cars to the U.S. Trump doesn’t like the fact that Japan runs a $69 billion trade surplus with the U.S., and has threatened to impose a 25% tariff on imports of Japanese cars and parts.

Ultimately, Trump is thought to want a bilateral free trade agreement with Japan, which has been less keen on the idea.

Toshiro Muto, the former deputy governor of Japan’s central bank, told Reuters that the country had to avoid export curbs, as he couldn’t “think of any sector in Japan that can replace its giant auto industry as a key driver of growth.” However, another government official said the country would have no choice, given the fact that the U.S. is Japan’s closest ally and guarantor of its defense.

The imposition of U.S. auto tariffs would hit Japan hard, as cars account for around 30% of the country’s exports to the U.S. Japanese carmakers might see their profits halved, and Abe would likely have to retaliate with tariffs on American imports.

So what can Abe do to ward off the threat? Jesper Koll, the CEO of the Japanese branch of exchange traded fund WisdomTree, told CNBC that Japan could offer to buy more U.S. imports, including soybeans and beef, which could give Trump a boost in the Midwest ahead of the midterms.

However, Abe said in a Thursday interview that he would “defend Japan’s national interests to the hilt,” which includes going no further on agricultural products than the provisions of the Trans-Pacific Partnership (TPP), the multilateral deal from which Trump extricated the U.S.—and which the president is these days considering rejoining.