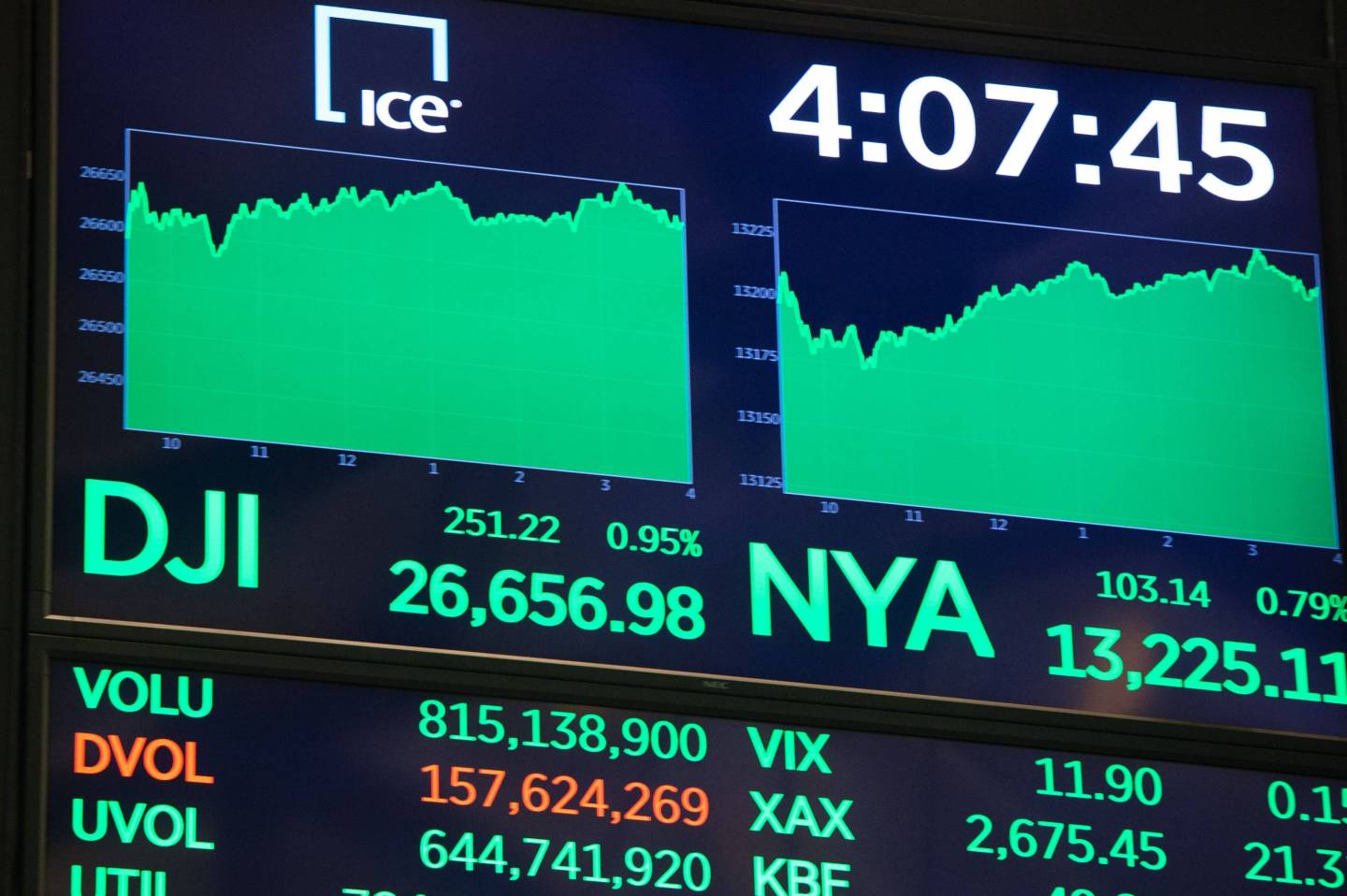 Trading in S&P 500 shares was 50 percent higher than the 30-day average at this time of day amid the quarterly event known as “ quadruple witching” — when futures and options on indexes and individual stocks expire. Shares exchanged hands on the Dow Jones Industrial Average at twice the normal rate. Bot indexes edged higher midday.

The surge in volume wasn’t unexpected, but it was exacerbated by a wild card — the largest revision to the Global Industry Classification Standard since 1999.

“It’s a huge day,” Art Hogan, chief market strategist at B Riley FBR Inc., said by phone. “We do have the potential for a pretty volatile day with the combination of quadruple witching, which only happens four times a year, and an almost once in a lifetime change in S&P 500 GICS.”

The anticipated spike in turbulence will hit a market already roiled by rising trade tensions between the U.S. and China. The S&P 500 has swung 0.5 percent a day this week, almost double the average in the previous month.

While the quadruple witching event normally coincides with index rebalancing, the scope of Friday’s shuffling is what sets it apart. Index overseer S&P Global will merge some internet and media stocks with phone companies to form a new group called communication services after the close.

That’ll take Alphabet Inc., Facebook Inc. and Netflix Inc. out of their respective subsectors, forcing investors who track indexes based on the classification to shuffle money accordingly. With the quarterly rebalancing, UBS Group AG says the moves could force about $70 billion of trades Friday.

While trade-war anxiety and rising Treasury yields have contributed to wider market swings, investors should be careful not to read too much into this week’s move, as volatility tends to go up when fund managers try to adjust positions using new derivatives, said Russ Visch, a technical analyst at BMO Capital Markets in Toronto.

“Our sense is that the price action was exacerbated/amplified by the fact that this week is a ‘quadruple witching’ week and not the beginning of a major swoon in U.S. equities,” Visch wrote in a note to clients earlier this week.