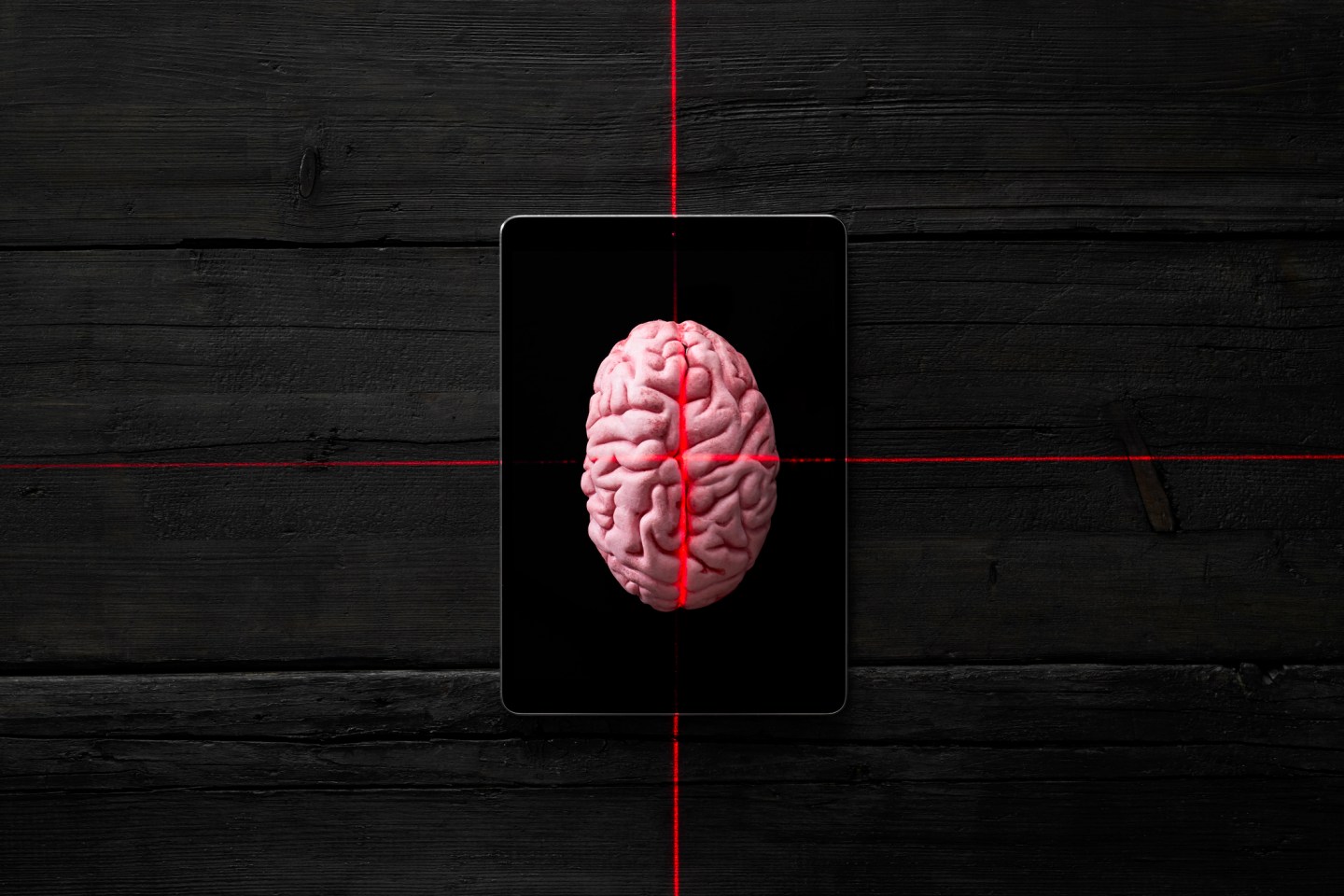 Lux Capital co-founder and managing partner Josh Wolfe has backed startups that are working on everything from neurostimulation to nuclear energy to synthetic biology. To the regular person, Lux’s investments are considered moonshot. During our interview, I actually called one of his companies “freaking crazy.”

But to Wolfe, they’re anything but. “I’m looking for things that feel like they were once written about in science fiction,” he told Term Sheet. “The gap between ‘sci-fi,’ — that which was once imagined — and ‘sci-fact,’ that which becomes manifest and real, is shrinking.”

You might remember Lux Capital from June when we featured partner Renata Quintini. She said the firm’s guiding philosophy is that “the more ambitious the project, the better.”

Now, Wolfe elaborated on this investment thesis and explained that he’s looking for founders who are “rebel scientists or outsiders.”

“They must have a non-consensus, contrarian idea where everyone in their field is like, ‘That will never work,’” Wolfe said. “They are people who are quite literally trying to invent the future.”

I think you’ll enjoy this discussion with Wolfe — we talk about moonshot investing, founder grit, and mind control.

TERM SHEET: Lux likes to invest in companies that are considered moonshots. What gives you the conviction to bet on a company that other investors tend to shy away from?

WOLFE: Some of it is technological proof. We like looking at things that are very technologically complex, things that have been published where there’s peer review. I’ve had so many friends go, “What’s the number one question I should ask of technology X?” And my half-joking answer is: “Well, does it work?” You’d be amazed at how many investors buy into a narrative but don’t actually see if the technology works.

At Lux, we’re willing to believe in an entrepreneur and their technology, often before anyone else even understands what this new area might be, but it has to work. So we’ll fund it, but you need proof points and milestones to be able to show this thing is real.

Is there a good way to test a founder to know if their idea is truly moonshot or just hot air?

WOLFE: At the earliest days of inception, it’s very hard to tell whether someone is visionary or delusional — whether they are knowingly naive or intentionally trying to defraud. The biggest job we have is filtering out the people who are authentic technologists or scientists and the people who are the fakers. Over time, you have pattern recognition, but you don’t always get it right.

The way to reduce the risk of being wrong is to talk to all of your other rebel scientists and founders and have them raise skepticism and questions. Usually, the very best people never get defensive and crack under probing questions. They might think in probabilistic terms like, “The truth is there’s a very high chance this fails, but if it works, the magnitude will be enormous. And here are the three things we have to tackle in the first six months.” People who are measured and think in nuance and probability tend to be the most intellectually honest. You see little clues and signs that way about their characters.

What are some of those specific cues and signs you look for in a founder before you invest?

WOLFE: In a founder, we love when there’s something to prove. The best founders that we back have an indistinguishable flame that usually came from some sort of adversity. They might have been picked on, they might have had a lisp, they might be dyslexic, they could’ve come from a broken family — there’s something that made them feel like an outsider. And there’s this indistinguishable drive that they want to prove other people wrong.

It’s interesting because success, achievement, and wealth never put that fire out. I think it’s this broader secret to societal progress if you can spot these rebels and outsiders who are fueled by the passion that comes from some dysfunction that happened early.

In teams, it’s about having an interdisciplinary mix. That might mean having a computer scientist who is naturally drawn to someone in chemistry. When you get different disciplines together that otherwise wouldn’t interact, innovative things happen.

Within companies, we look for something unfair — some technological innovation that the founders assert they have that no nobody else has. Ideally, it’s patented so they have some intellectual property.

You’ve said that you’ve “never personally found that somebody who grew up extremely wealthy, without adversity, without hardship,” has the same kind of drive as someone who didn’t grow up affluent. Do you still have that mental framework when evaluating founders?

WOLFE: It’s pattern recognition and a slight preference. I look for people who are “PHDs,” as I call them — poor, hungry, and driven. I find that people who are born into circumstances where they had silver spoons, everything was handed to them, or they come from great wealth, more often than not, they don’t have the same kind of drive.

Now, you do have situations where someone comes from a famous family, and their driving factor could be that they don’t want to be in mom or dad’s shadow anymore.

It’s usually just about identifying that thing that can’t be taught. It’s something that happened in their life story that’s unique to them.

Did you look at Theranos when it was raising money?

WOLFE: We never looked at it, but very early on, you saw the signals. And the signals were the audacious claims, the secrecy, the absence of expert biotech people. Often with these types of things, you see the writing on the wall and you say to yourself, “There’s no way the intentions are benevolent or that the science is real.”

With so many of these emerging science & tech companies — it feels like it could be a long time before they’re a reality and adopted in the mainstream. How do you assess the risk factor before investing?

WOLFE: I actually believe that there is a narrative fallacy that people are totally wrong in thinking that entrepreneurs are these great risk-takers. I believe that the very best entrepreneurs are risk-killers. They’re thinking, “How do I achieve what I want by eliminating every risk along the way?” The best leaders of companies are able to imagine failure and prevent it from happening.

I tell every single person we invest in: “Failure comes from a failure to imagine failure.” Think about all the things that could go wrong. If you can think about all the failure points, then you can at least put time, money, or talent to prevent the bad things from happening.

We love believing in people who are trying to do something that the masses think is impossible yet they make the insiders feel it’s inevitable. And they don’t do that with pie-in-the-sky claims. It’s being able to point to the risks they’re going to kill to get there. They need to articulate how much money will accomplish what, in what period of time, and who will care. Why is that important? Because that’s the simple calculus of what any real venture capitalist does when thinking about why they should invest now.

More and more companies are working on building a brain-computer interface, which would allow the mind to connect with artificial intelligence. You’ve said the future of BCIs is non-invasive. Can you elaborate on this idea given that Elon Musk wants to put a chip in our brains?

That observable trend is that technology is becoming more and more intimate with us. So it seems that the next frontier is voice and gesture. The idea of a brain-machine interface is so misplaced to think that we’ll have some sort of surgical operation where we’re going to invasively put something in our brain. When you talked to the best and brightest in neuroscience, they just laugh at that. Rather, if you can pick up signals from the body using really advanced technology, then you can translate that signal into a device.

In CTRL Labs’ case, what the founder was able to do is take the signals coming off of the nerves that are firing to tell your muscles to move even if you’re typing or moving with your hands. And you can perfectly capture that. The crazy thing with what CTRL has done is that just by thinking of moving your finger or hand, the machine can pick it up. [For a visual of what this looks like, watch this video.]

WOLFE: I literally see a world in the near future where I tap my fingers together to turn on Spotify. And instead of tapping a button to change the next song, I just swipe to the left. And if I want to raise the volume, I make a motion like a conductor.