What Startups Can Learn From Their Elders 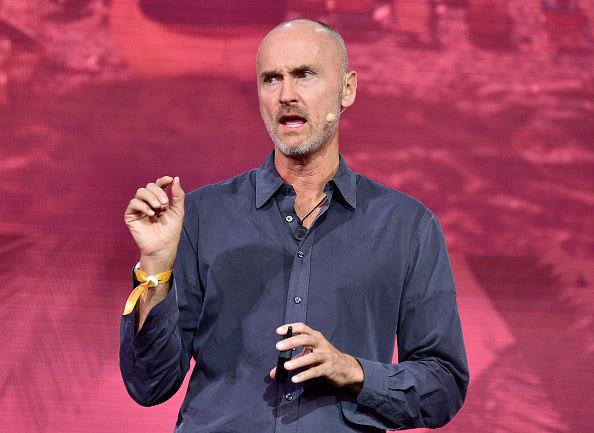 Chip Conley was a successful hospitality industry pioneer, founding one of the first boutique hotel chains, Joie de Vivre at age 26 and opening some 50 hotels over 24 years. In 2013, a few years after selling the company, he met Brian Chesky, CEO of a then-nascent Airbnb, who persuaded him to join the startup, first as an advisor, then as head of hospitality and strategy. Leaving behind the comforts of what he’d known, Conley jumped aboard to advise the disruptor run by three founders half his age—and discovered he had a lot to learn, too. His experience formed the basis for his latest book, Wisdom @ Work: The Making of a Modern Elder, in which he argues that in a world that venerates the young and digitally-savvy, old-fashioned experience is making a comeback—and that workplaces should treat age as they would any other kind of diversity. Fortune talked with Conley about the book and his experience at Airbnb.

What was the biggest shock about your immersion into Airbnb and “unicorn” life?

There were two, actually. The first was just the tech lingo, and immediately realizing I was in a foreign land. They were talking a language I didn’t understand, that I wasn’t fluent in. I didn’t know what “product” was. When they first started talking about it, I was sure “product” was the homes and the apartments. But the second piece is, I thought I was being brought in for my industry knowledge, and that wasn’t exactly how it worked out. I had a lot of fact knowledge around hospitality, but it didn’t really matter at Airbnb or in the home sharing world how many rooms a maid cleans in an 8-hour shift. This is the hospitality business, but it’s not the hospitality business like I’m used to. You realize you have to strategically edit some of your knowledge. And yet the thing I started to realize was more valuable was my “process” knowledge. You can find the facts on Google. Process knowledge is different- it’s the nuance of understanding how do you get things done, and it’s a combination of organizational savvy and emotional intelligence. And that’s where I think I really was helpful at Airbnb.

What are some examples of “process knowledge?”

It’s that element of understanding people and processes well enough to know, for example, the best way to create an alliance with someone who might be opposed to you. How do you understand underlying motivations of people who have to be persuaded? I was the one who said hey, let’s bring the CEOs of Marriott and Starwood and a few of the others to our headquarters with their senior leaders and have them do a day and a half of immersion with us. Or with a new initiative, how do we create a process to make sure that people are buying into this in small meetings first before there’s a bigger public announcement of something? How do you build consensus and alignment, internally and externally? So all that kind of stuff, which is frankly stuff you learn over time and get better at over time—that is the kind of thing I was able to teach other people and where I was able to be particularly helpful.

What in particular did the Airbnb founders need to learn?

Some of it was lingo that we were teaching each other. They needed to learn everything about the travel industry. They didn’t know revpar (revenue per available room), just like I had never heard of product. I remember one time I said to Brian-—it was before Thanksgiving, and the prior month had been particularly intense, with really long meetings and off site retreats every month that I was helping to lead. So everybody was really burned out. And I said, ‘you know what, it’s Thanksgiving, and one of the great things for you to do would be to go and say thank you to the spouses and families of the E-staff (Airbnb’s executive team). And especially the three or four people who their spouses are probably wondering if they still exist.’ So just the idea of saying thank you to not just the E-staff but going to their spouses and saying, ‘thank you, I know so-and-so has worked incredibly long hours. Thanksgiving is a time to give gratitude, and I want to give gratitude to you.’ That thanks is the kind of thing that a young entrepreneur probably would never think of.

Was it hard to make the transition from being the CEO and visionary to an internal behind-the-scenes advisor?

There was a process of editing who I strategically saw myself as, and that was hard. I was a high profile CEO in California, and sort of a tiny Richard Branson figure in my own company. And all of a sudden I’m not that anymore. Some of it involved sort of right-sizing my ego and realizing that I’m no longer the person on the stage speaking for the company, but the person behind the scenes really helping the company— and especially the founders—be as effective as they can be. That required a pretty big shift in my own self-perception and in my sense of what I see as an accomplishment. I actually think it’s a fundamental piece of how people in midlife learn how to evolve into whatever’s next for them.

But you say that you were not simply brought in for “adult supervision.”

To imagine that adult supervision is necessary is missing the opportunity. The big thing that’s different today compared to the past is that power is cascading to the young faster than ever in history—for good reason, which is that we are becoming more and more digitally intelligent as a society. That “DQ” is more and more important. But the thing we have missed in this process over the last 20 years is that EQ is also important. And you don’t have it all within one person. Steve Jobs was DQ savvy, not so EQ savvy. He got better at the EQ as he got older. But the bottom line is, an organization should ask itself, ‘where are we getting the EQ from?’ Venture capitalists are completely myopic in focusing on the DQ piece of it, and they aren’t thinking about the EQ piece of this and that’s part of it.

Uber is a perfect example of that, right?

Yeah– if Travis [Kalanick] had had a so-called modern elder by his side, he might still have his job.

Do companies realize the value “modern elders” can bring?

I think we’ve got a long way to go. Of the Fortune 500 companies that have a diversity and inclusion program, which is almost all of them, only 8% consider age to be a demographic for diversity purposes. The obvious ones are gender and race, but age is really low on the list. I don’t like to even think of it only in the context of fairness and equality; from my perspective this comes more from a place of being smart. One of the stupidest things that the business world does is that while they know their older employees would like to have a “phase out” over time, the way we tend to do things is cold turkey. You have your retirement day, and then you’re gone. And there’s a loss of institutional knowledge and a loss of relationships—and it’s just sort of stupid and silly. I think as we look to the future and people are probably going to be working longer—and with a lack of immigration and low unemployment rates, we will be—there’s going to be a need for people to actually stay in the workplace longer.

What can younger companies do to embrace this and become age-friendly employers?

If you’re out to disrupt, say, healthcare and you don’t have somebody who has decades of experience in healthcare, it’s a huge mistake. Your point of view may be, ‘we don’t want that person here because they’ll be stuck in the past.’ But if that’s the case, then the most important thing you should be looking for from your “modern elder,” so to speak, is curiosity. If that person is not curious by nature, and not curious about what you’re doing, and not able to evolve, then you shouldn’t hire the person. It’s also important to look for someone who has a really great history of collaboration. One of the big mistakes young companies make is not understanding how team centric they are. And then when you get a bunch of 25-year-old guys in a room all together, competition breaks out–what a surprise. There needs to be someone, whether it’s a woman in the room or whether it’s someone who’s older in the room, who has more collaboration skills. Women and older people are more collaborative by nature than 25-year-old guys. Anybody can debate me on that.

I think the biggest thing Airbnb continues to have to deal with is the fact that the process of regulation around home sharing is still evolving. I think we all thought the process of getting home sharing regulations in cities meant that okay, the battle is over. And I think the answer is no, it’s not. Just because you get great legislation in places like Amsterdam or Paris, or many other cities, it doesn’t mean that there isn’t going to be more aggressive legislation later. But part of what’s been interesting with the company is that it has continued to evolve in ways that are helping to solve for that. The percentage of Airbnb’s total business revenue that comes from the largest urban markets in the world is a small fraction of what it used to be. That’s because of the diversity of the business. It means that frankly Airbnb is well placed such that no one regulatory decision in any particular place is going to hurt the company. Five or six years ago when I joined, that would have been a really big issue because we didn’t have the kind of diversity that we have across the globe now.