What Sickened the Mona Lisa? A 500-Year-Old Medical Mystery Is Solved…Twice. 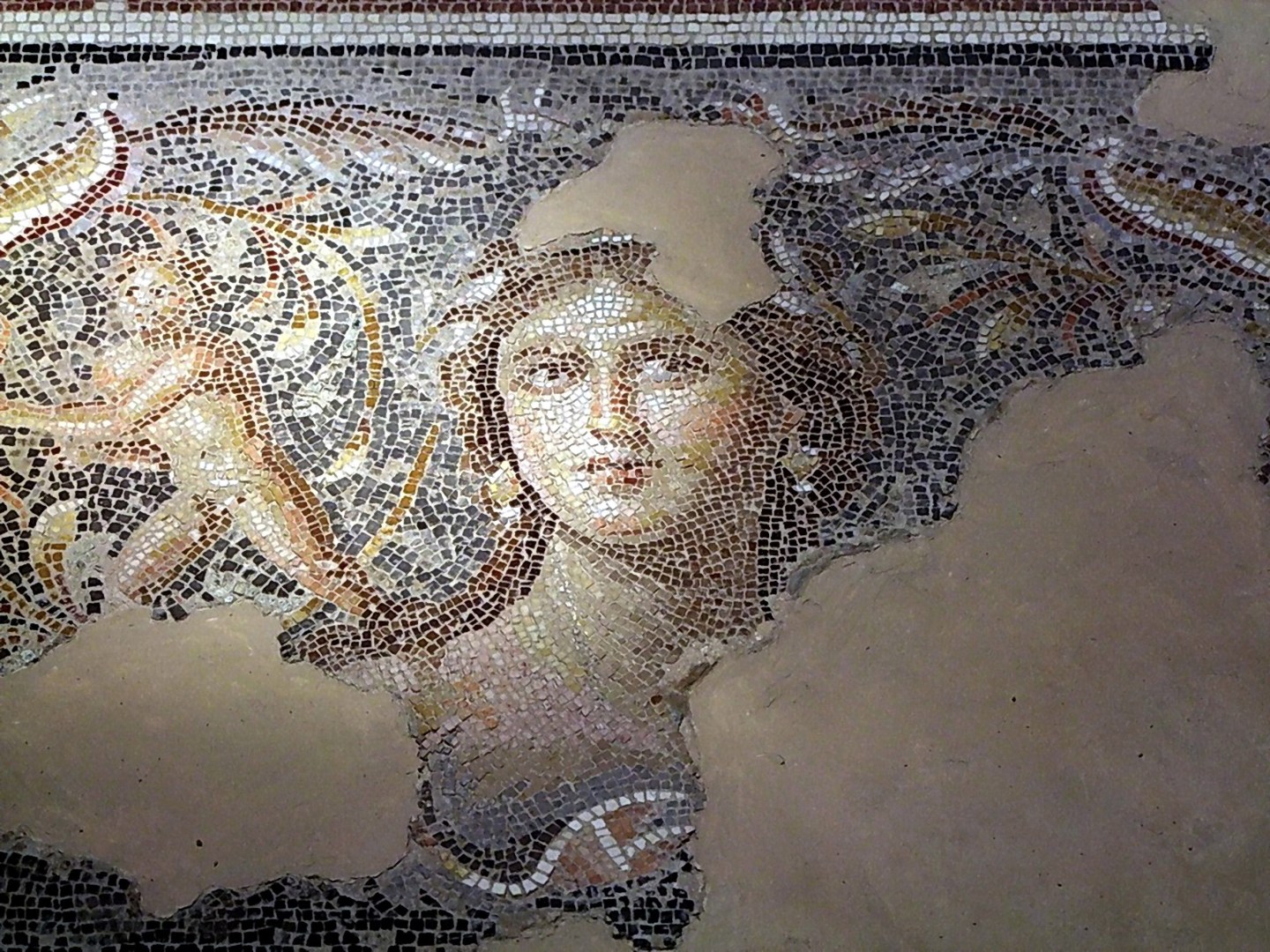 Zippori National Park Since 1990 large areas of Zippori have been excavated, illuminating the written history of the city through incredible mosaics which line the floor. The remains of the ancient city are now a national park and attest to the uniquely pluralistic quality of Zippori over the centuries. The sites include a Roman theater, a Jewish residential quarter, ritual baths, churches and many, many mosaics including, notably the ‘Mona Lisa of the Galilee’
flik47—Getty Images/iStockphoto

The first clue was a yellowish, irregular bit of skin on the patient’s left upper eyelid. There was also a “soft bumpy” swelling, three inches long, on her right hand below the index finger. Neither symptom was definitive on its own. But the “leather-like spot” on the eyelid was suggestive of xanthelasma, a deposit of cholesterol beneath the skin. The swelling on the hand, meanwhile, looked like it might be a subcutaneous lipoma, a fatty lump between the skin and muscle tissue. The two together, thought Dr. Jan Dequeker and colleagues at University Hospitals in Leuven, Belgium, were commonly found in middle-aged or older people with hyperlipidemia—a major risk factor for heart disease. This patient, however, was just 24 years old.

A simple blood test would have confirmed the diagnosis. But that was impossible at this point. You see, Dequeker and his colleagues weren’t examining the young woman in person, they were looking at a 500-year-old picture of her.

That said, the image was extraordinarily precise. It was rendered by none other than Leonardo da Vinci.

The time-travel detection of illness in Lisa Gherardini of Florence, Italy—the woman now known the world over as the Mona Lisa—is part of a fascinating offshoot of medical archeology that combines the art of diagnosis with the diagnosis of art.

Professors at top medical schools have long used the approach to teach the essential craft of patient observation to medical students, as the Wall Street Journal’s Amy Dockser Marcus reported several years ago.

Professor Hermann Haller, a Yale-trained physician who directs the department of nephrology and hypertension at Germany’s Hannover Medical School, is among them, as he wrote in an illuminating blog post last summer. Haller, for instance, points out a figure who may well be suffering from neurosyphilis—an infection of the nervous system (the brain and spinal cord) common to people with chronic or untreated syphilis—in the Renaissance painting, “The Allegory of Love” (a.k.a. “An Allegory with Venus and Cupid”), by Agnolo Bronzino. Here, amid the celebration of amorous engagement, Haller shows us, is a reminder of the ravages of a venereal disease that was widespread in the 16th century.

By “diagnosing the canvas,” modern-day sleuths have concluded that Rembrandt van Rijn may have suffered from an endocrine disorder—or perhaps from stereoblindness (an inability to see in three dimensions), as a pair of Harvard neuroscientists suggested in 2004.

Why would they surmise such a thing of one of the greatest painters in history? Well, in 23 of Rembrandt’s 24 painted self-portraits, the scientists explain, “the eye on the right side of the painting tends to look straight ahead and the other eye deviates outward.” Such a misalignment would suggest the artist had a unilateral strabismus, a deviating eye.

Or consider Andrew Wyeth’s famous 1948 painting, “Christina’s World,” in the collection of New York City’s Museum of Modern Art. The subject—a young woman in a pink dress lying in a grassy Maine field, her right arm bent awkwardly behind her—was Wyeth’s neighbor and frequent inspiration, Anna Christina Olson, who was thought by many at the time to have polio. But, says Christopher Wanjek at Live Science, when Marc Patterson, a pediatric neurologist at the Mayo Clinic, looked at the same painted figure, a different and rarer diagnosis popped to mind: Charcot-Marie-Tooth disease.

Writer Jason Daley at Smithsonian.com captured the aim of this new science well: “In a world of x-rays, MRIs and other tools, diagnosing the canvas” encourages both doctors and medical students “to pay attention to what’s right in front of them.” And as physicians spend more and more time filling out electronic medical records and less and less time with patients, the lesson seems all the more urgent.

Now, it seems there’s a new twist on this forensic art: the second opinion. In the September issue of the Mayo Clinic Proceedings, Mandeep Mehra, medical director of the Brigham and Women’s Hospital’s Heart and Vascular Center and a noted expert on heart transplant, and University of California, Santa Barbara, researcher Hilary Campbell challenged the notion that the Mona Lisa suffered primarily from hyperlipidemia (though that could be a secondary ailment).

Check out the yellowish skin, they write in a letter to the medical journal: potential “impaired hepatic conversion of carotene to vitamin A, resulting in excess deposition of serum carotene in the stratum corneum.” Witness the receding hairline and coarse, thinning hair. Note the puffy neck that might indicate a goiter. And that iconic enigmatic smile? Hmm. It “may at one level be representative of some psychomotor retardation and muscle weakness,” they deduce.

Then again, it could just be the painting’s varnish…“which may yellow over time.”