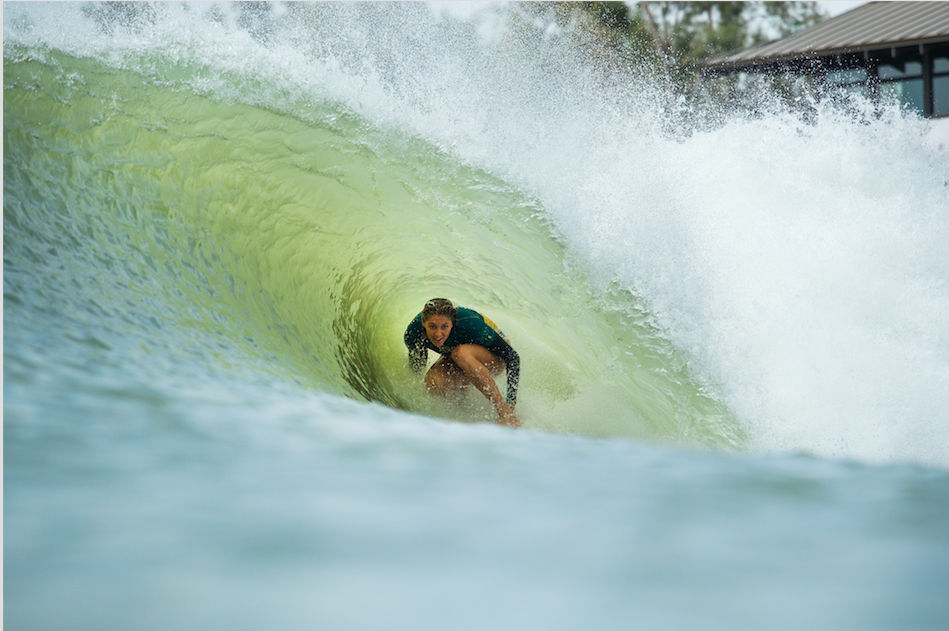 Step aside, soccer. Professional surfing is the new face of pay equality in sports with a promise to award male and female competitors the same prize money.

The World Surf League announced on Wednesday that it would adjust its prize money for 2019 so that each pool of professional surfers earns winnings from the same size pot, close to the $607,800 male surfers won in 2018. Women this year competed for a total of $303,900 in prize money — a discrepancy allowed because there are half as many women’s professional surfers as there are men’s.

“The reality is that women were held back for decades. They didn’t have the opportunity to compete and earn prize money at the same level,” World Surf League CEO Sophie Goldschmidt told Fortune. “This was an inevitable next step.”

The World Surf League took over ownership of professional surfing in 2013, and the new leadership implemented pay parity, a rule requiring that each surfer earn, on average, the same amount. $607,800 divided up between 36 male surfers is the same as $303,900 divided between 18 female surfers. But that’s not how the money is divvied up in actual competition. Because the pool of money in the men’s competitions is larger, the best male surfer has the opportunity to earn far more than the best woman. So, increasing the total prize money in women’s competitions will, in practice, give top female surfers the same financial opportunities as their male counterparts.

“When I was first on tour, I think the women received less than half of the men’s prize purse — and we have half the women on tour as actual competitors, so that was always the excuse to get around it,” said Stephanie Gilmore, a six-time world title winner who started competing professionally in 2007. “‘There are fewer [women] competing, we don’t surf as many events, we don’t surf particular conditions that the boys do.’ There always seemed to be a way to patch it up.”

The league is making this commitment to equal prize money alongside other initiatives to promote women’s surfing: a marketing campaign focused on women in the sport and this year’s first co-ed team competition, where women captained two of the five teams.

According to Gilmore, compensation has also been joined by improved conditions for female surfers. No longer are they forced to compete at less desirable locations or times of day while men get the good waves.

With the move, pro surfing will join tennis Grand Slams in the very small club of sports offering equal prize money. In fact, the WSL says it’s the first U.S.-based global sports league to award men and women with equal purses—a move that other sports leagues could take note of.

“I hope it will inspire even more grums [young surfers] to want to get engaged,” Goldschmidt said. “We are really—sorry for the pun—on the crest of a wave at the moment.”