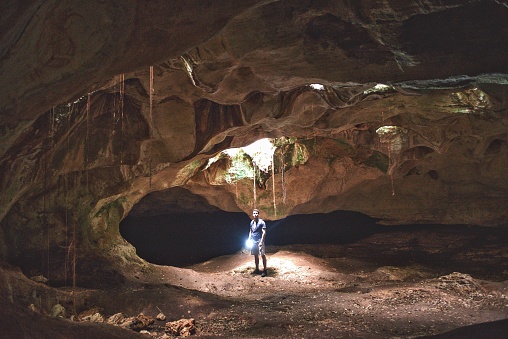 While attending a conference in Bali, Indonesia, all of the world’s leading media coaches for executives have gone missing. A worst-case scenario appears to be reality, as they are rumored to be trapped several miles underground in a cave.

In the absence of the PR-savvy professionals, at least $200 billion in market capitalization has disappeared from the New York Stock Exchange. Executives who’d usually have their erratic behavior, libelous comments, and inflammatory rants put at bay by trainers are running wild, often to financially perilous results.

Without guidance, minor snafus usually fixed with a press release are quickly devolving in to week-long uphill battles. The PR crises continue to pile up as the media executives await a rescue, which one company CEO has undermined, despite his own media trainer’s insistence he sit this one out.

Most noticeably, every media crises playbook is trapped alongside the trainers. Digital copies were never made, in an effort to stop the strategies from being leaked to the press. So executives across the globe are flying by the seat of their pants, with no set strategy for communicating with the public. Though the playbooks’ contents have been heavily guarded, it’s been reported that several of the main rules have been broken in recent months.

One CEO broke a cardinal media training rule: don’t bring up Holocaust deniers when painting the company as a righteous one.

And still, a pizza company founder was ousted from his own company after using the n-word, breaking what media trainers call “Rule Number One.”

Though stuck deep within the cave, one media trainer was able to transmit several short messages using her roaming data. Given her situation, she is hopeful she’ll be able to expense the cost.

“Please don’t tweet about this, or call anyone else a pedophile. We will be fine,” read the message.

“If there is any silver lining in this situation, it is hopefully our profession will now be understood as crucial, not “a blow-off job for communications majors, as my boss once told me.”

The media trainers seem to be in good spirits, and hope to stay in contact in the future, in case there are opportunities for organic coverage, cross-promotions, and leveraging brands.