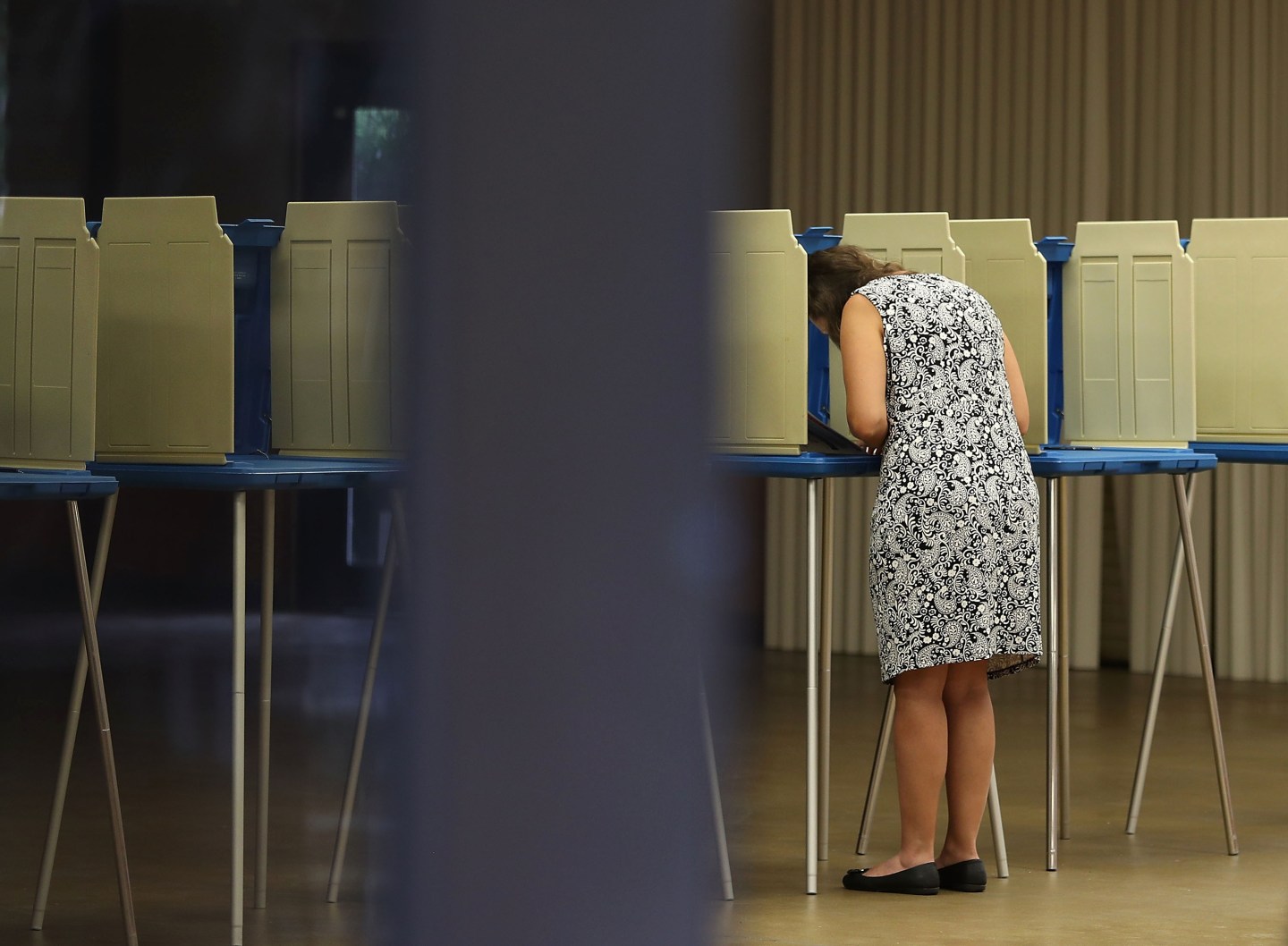 According to a new Washington Post/ABC News poll, Democrats carry a clear advantage over Republicans in terms of congressional vote support.

The poll found that 52% of those polled plan to support Democratic candidates, a 14-point lead over the 38% that went to Republicans—the widest advantage Democrats have held since 2006. This also represents a significant jump since the same poll was last administered in April, giving Democrats just a four-point lead.

Sixty percent of those polled also said they’d rather see the next Congress controlled by Democrats, to serve as a check on President Donald Trump. Just 31% prefer a Republican-controlled Congress, to support Trump’s agenda. The preference for Democratic control is up eight points from a year ago.

Meanwhile, 63% said they felt that both the Republican party and Trump were out of touch with the concerns of most people in the United States today. Democrats fared better, albeit slightly, with 40% finding the party to be in touch and 51% deeming it out of touch.

The Republican party performed poorly in the poll overall, despite 58% of those surveyed calling the economy excellent or good—tying with ratings in January as the highest marks in 17 years. This weak showing suggests that presidential approval, not the economy, could prove to be a stronger indicator of which party voters will choose to support in November. A Washington Post/ABC News poll from last week found that Trump’s disapproval rating has hit an all-time high of 60%.

Trump’s approval rating, at 36%, is the lowest of any president heading into the midterms in polling that goes back to 1954. The last time Democrats held such a big lead, on the other hand, they gained 31 seats.

But with 63 days to go until Election Day, it could still be anybody’s game.