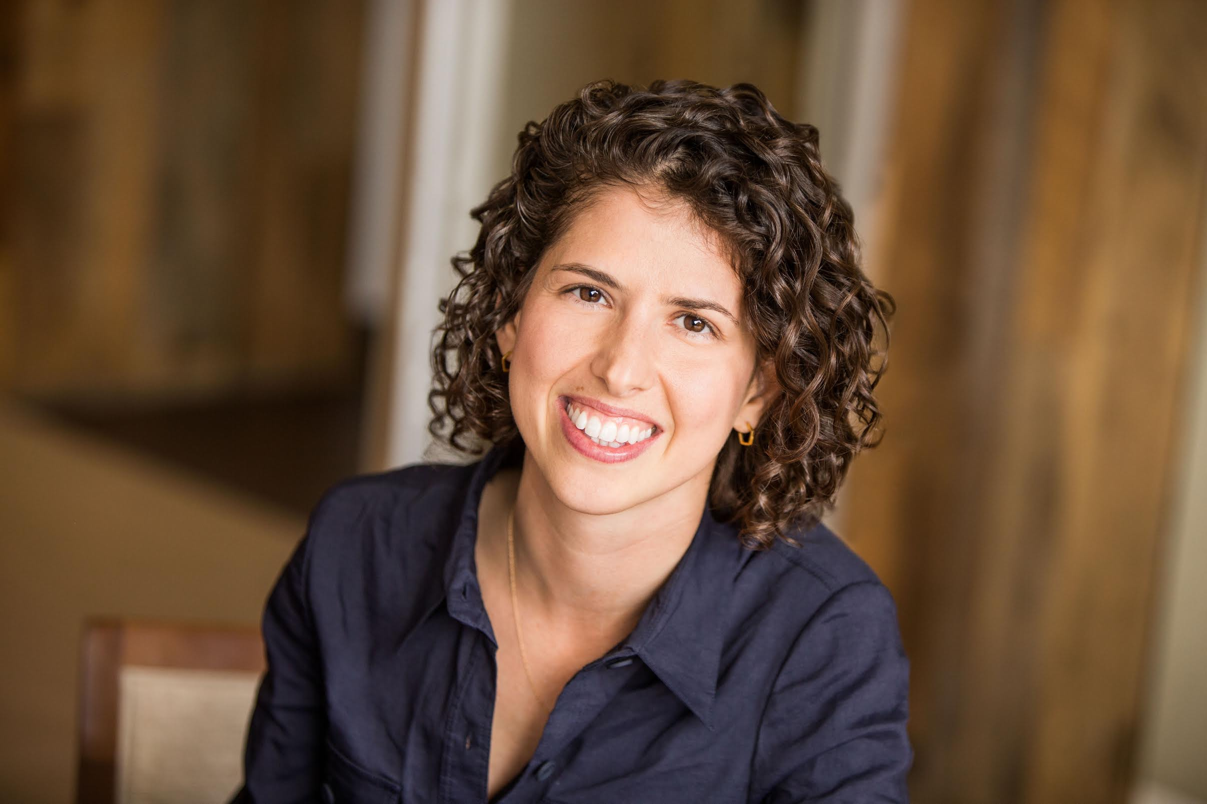 Sarah Tavel entered the venture capital world almost immediately after college. She landed at Bessemer Venture Partners as an analyst and quickly rose through the ranks to the role of vice president.

At Bessemer, she invested in the Series A round of a promising startup that only had five employees in 2011 — Pinterest.

“You had the product, you knew the traction was there, and you had one of these singularly unique founders running the company,” she said. “Those are the moments when you’re sitting in a meeting and you go, ‘We have to make this investment.’”

Tavel had such a strong conviction that she joined Pinterest as a product manager to help it scale for more than three years. She eventually returned to venture as a general partner at Greylock Partners. Most recently, she joined Benchmark’s partnership as the first female GP in the firm’s history.

“I realized that as much as I liked Greylock, the way that Benchmark practiced the art of venture capital was how I wanted to practice venture capital,” Tavel told Term Sheet.

On Tuesday, the Wall Street Journal reported that Benchmark is sitting on one of the most profitable venture funds since the dot-com boom. The fund, which raised approximately $550 million in 2011, has reportedly multiplied investors’ money ~25 times.

“Of course, I can’t confirm any of the numbers in the Journal article, but I attribute the success we’ve had as a partnership to Benchmark’s structure as a very small, intimate, equal partnership,” she said.

Unlike most other firms, Benchmark divides management fees and carry equally among each of its GPs. Tavel said the egalitarian structure reaches beyond just compensation. “You start out and you don’t feel like you have to prove yourself,” she said. “You feel like you’re an equal at the table.”

Tavel spoke with Term Sheet about her experience at Pinterest, Benchmark’s plans to stay lean, and her recent cryptocurrency investment.

TERM SHEET: You invested in Pinterest when it only had 5 employees. What were the specific characteristics you saw in either the founder or the company that gave you the confidence to invest so early?

TAVEL: This was early 2011, and I remember that Twitter didn’t have pictures yet — it was just text. There were a number of other consumer startups that were copying this text-based format. And then you had Pinterest, which was so refreshingly different. It was all images, and it was all about creating a list of bookmarks. There was something from the very beginning where I felt like this was the product. It was one of those, “this is it” convictions.

In parallel, I started to track how Pinterest was doing against a handful of competitors. And then I met Ben [Silbermann]. He was so persuasive in his articulation of the vision for what Pinterest was going to become. It was clear that he was uniquely thoughtful about what they were building. You had the product, you knew the traction was there, and you had one of these singularly unique founders running the company. Those are the moments when you’re sitting in a meeting and you go, “We have to make this investment.”

What were some of the biggest insights you learned from working at Pinterest that you missed when you were evaluating it as an investor?

I remember in the early days of Pinterest, we were focused on the number of follows, the number of likes, the time spent on site, the daily active users — you know, all these different metrics. It took us quite some time before we realized that ultimately the thing we had to focus on in order to figure out what to build and how to organize the company was around weekly active pinners.

As a VC, you can take that process for granted and not see all the strategic thinking that goes behind figuring out what the company should focus on. From the outside, you see the manifestation of all the small decisions that happen without realizing all the work that goes on behind it.

Do you think your operating experience has made you a better investor?

TAVEL: Without a question. One, you have an immediate level of empathy for the founders because it’s so freaking hard. Two, I’m much more interested than I used to be in the thought process that got to the metric they’re focused on today because that reflects how they’re running their company.

It’s important to remember that no company that goes through hyper-growth is always up and to the right. There are always these moments where you’re asking, “Are we going to lose this?”

I remember by the end of my time at the Pinterest, I joked that I felt like one of these veterans that you see in World War II movies. They would be sitting there, smoking their cigarettes when a little bomb goes off. All the new recruits run for their guns or jump for cover, while the veterans are still smoking their cigarettes. By the end of your experience at a high-growth company, you’re the veteran smoking the cigarette. And that’s who you want on your board. You don’t want the person who is going to be jumping for their gun or running for cover when there’s a little bump in the road because there will always be bumps. You want the person who isn’t frazzled by it and is always focused on the long-term. You can get that from 20 years of being a venture investor or from a few years of being an operator.

Benchmark plans to stay somewhat lean and not raise a mega-fund like some of its rivals. Why is this a good strategy at a time when we’re seeing firms raise larger and larger funds?

TAVEL: We went through a period very soon after our founding when we did try to scale. We had Benchmark London, Benchmark Israel, we had more GPs in our Silicon Valley office — and our returns suffered. For us, that was a lesson that in order to be the best, we had to focus and stay lean.

One of SoftBank’s investors recently said that capital itself can be a prime differentiator because writing a bigger check often can help increase the likelihood of success. Do you agree?

TAVEL: I often think about Stitch Fix. Stitch Fix raised $42 million [in venture funding] over its life before the IPO, and it’s now a multi-billion dollar company. There are many ways to build companies. Uber obviously has created tremendous equity value by raising a tremendous amount of capital. There’s a lot of strength and value to having a lot of capital, but as you know, there’s a lot of damage that having a lot of capital can do to a company. It can diffuse focus, it can cover up things that aren’t working inside it, and it can stop the leadership from understanding the mechanics of its own business. Raising a ton of capital is a double-edged sword, and by no means is it the only way to build an enduring company.

More broadly, what kind of effect do you think mega-funds, such as SoftBank’s $100 billion Vision Fund, are having on the ecosystem?

The long-term question — which we don’t yet have an answer to — is how effectively that capital is going to be put to work.

In a Medium post, you wrote that the art of VC is about “knowing when to seem crazy.” What’s an investment you’ve made recently that you believe looks crazy from the outside?

TAVEL: My investment in Chainalysis. I joke that Chainalysis [a startup that works with law enforcement agencies on digital currency crimes] was this meat-and-potatoes company. I invested in Q3 or Q4 of last year. This was the time when all the initial coin offerings were going crazy. It felt at the time that’s where all that money would be made, and here I was investing in a software-as-a-service business. But since then, token prices have plummeted quite a bit. There were a lot of questions around where value would accrue in the cryptocurrency ecosystem, and Chainalysis continues to grow at an incredible clip.

You led the company’s $16 million Series A round. What struck you about Chainalysis in terms of how it fit into the larger cryptocurrency ecosystem?

TAVEL: When I invested in Chainalysis, I was very excited about what was happening in the crypto ecosystem. I believe in the technology and economic disruption around these blockchain projects. But when I asked myself, “What are the use cases that I can bet on in crypto,” I felt a little frustrated. You had store of value which was largely Bitcoin, you had fundraising which is what was happening on Ethereum with all the ICOs, and you had illegal activity like money laundering and tax evasion. That was really it at the time. Everyone was counting on this fourth bucket emerging, which was the idea of consumer applications on blockchains but those didn’t exist yet.

What happened is that I met [Andreessen Horowitz’s new partner] Katie Haun, who had previously been at the Department of Justice. She talked about how when she was at the DOJ, she used a tool called Chainalysis to help with her investigations. That immediately resonated with me where I thought, “Of course a government agency would need a new suite of tools to do investigations in this cryptocurrency ecosystem.” There’s this fiat world, which is regulated, and this crypto world, which is largely unregulated, and you need a tool to bridge those two parties so that the regulated world can participate in the crypto ecosystem. That’s what got me very excited about backing a use case that already exists and enabling other participants to come into the market.