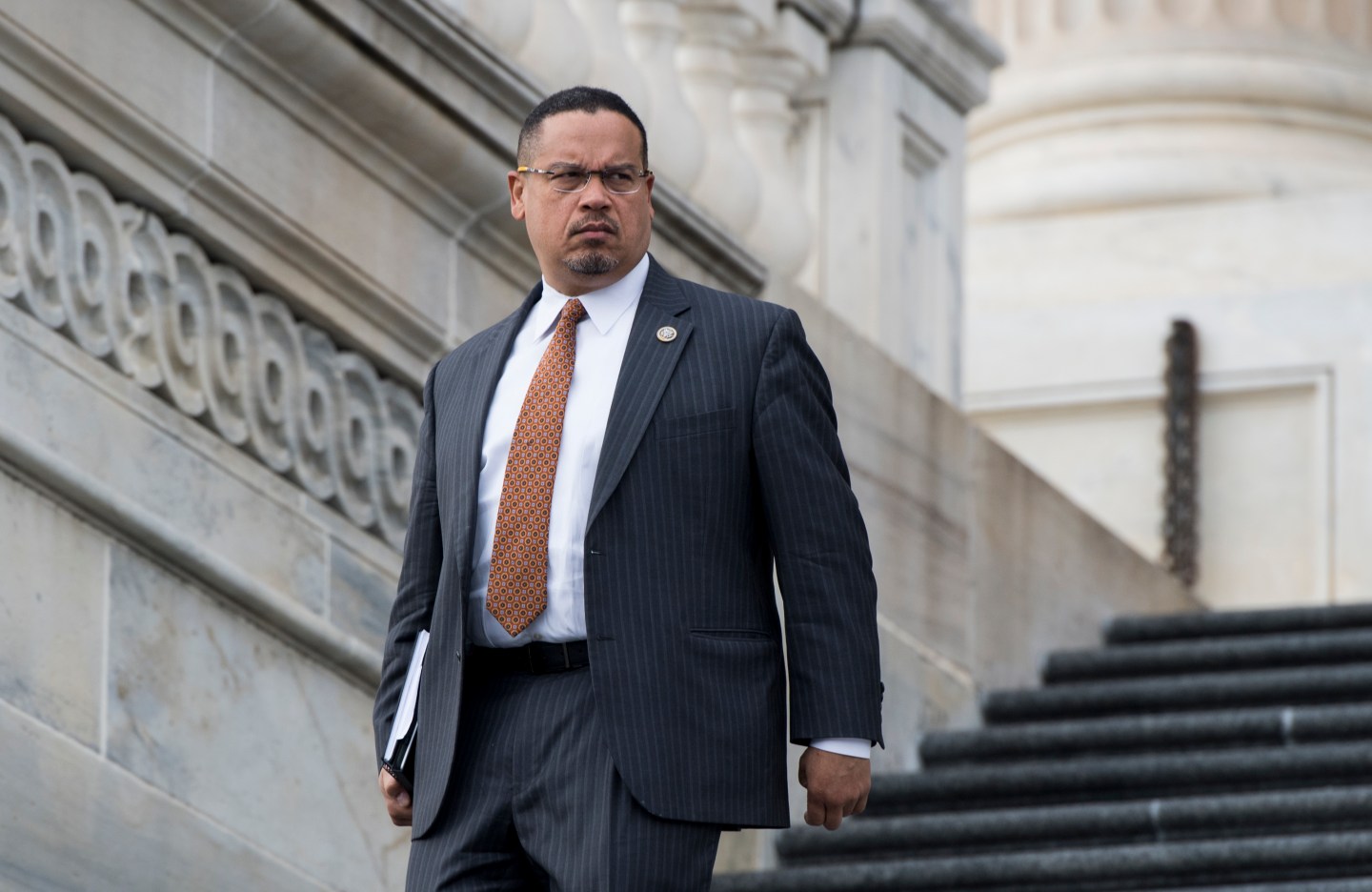 “I would like to know whether Amazon is committed to ceasing the sale of all products that promote hateful and racist ideologies,” wrote Ellison. “For a company with a policy prohibiting the sale of ‘products that promote or glorify hatred, violence, racial, sexual, or religious intolerance or promote organizations with such views,’ there appear to be a disturbing number of groups with hateful, racist, and violent agendas making money using Amazon’s platform.”

Ellison said that hate groups have been on the rise since the election of Donald Trump, and Amazon has historically failed to prevent hate groups and associated individuals identified by the Southern Poverty Law Center (SPLC) from making money on its platform. Ellison lists a range of the products in question available on Amazon, including children’s toys, clothes, and Kindle books.

“The availability of all the material listed in the aforementioned report indicates to me that either Amazon is willfully refusing to enforce its own policies against the sale of racist products, or its sheer size makes it impossible for the company to police itself,” wrote Ellison. “In either event, Amazon must immediately cease doing business with groups that promote racist violence.”

Earlier this month, Amazon was criticized for failing to remove Nazi-themed materials in a timely manner. Goods depicting hate symbols like the swastika were found on Amazon’s platform, as well as content created by openly racist writers and musicians.

A report by Partnership for Working Families and the Action Center on Race and the Economy said, “Amazon has a history of responding slowly – or not at all – to public pressure on this front rather than effectively preventing hate groups from using its platforms in the first place.”

Amazon removed many of the items at the time and responded in a statement, saying those who do not follow their guidelines would be “subject to swift action,” BBC reported.

In his letter, Ellison asked questions about Amazon’s income from materials made by “SPLC-identified hate groups” and requested answers by the end of July.