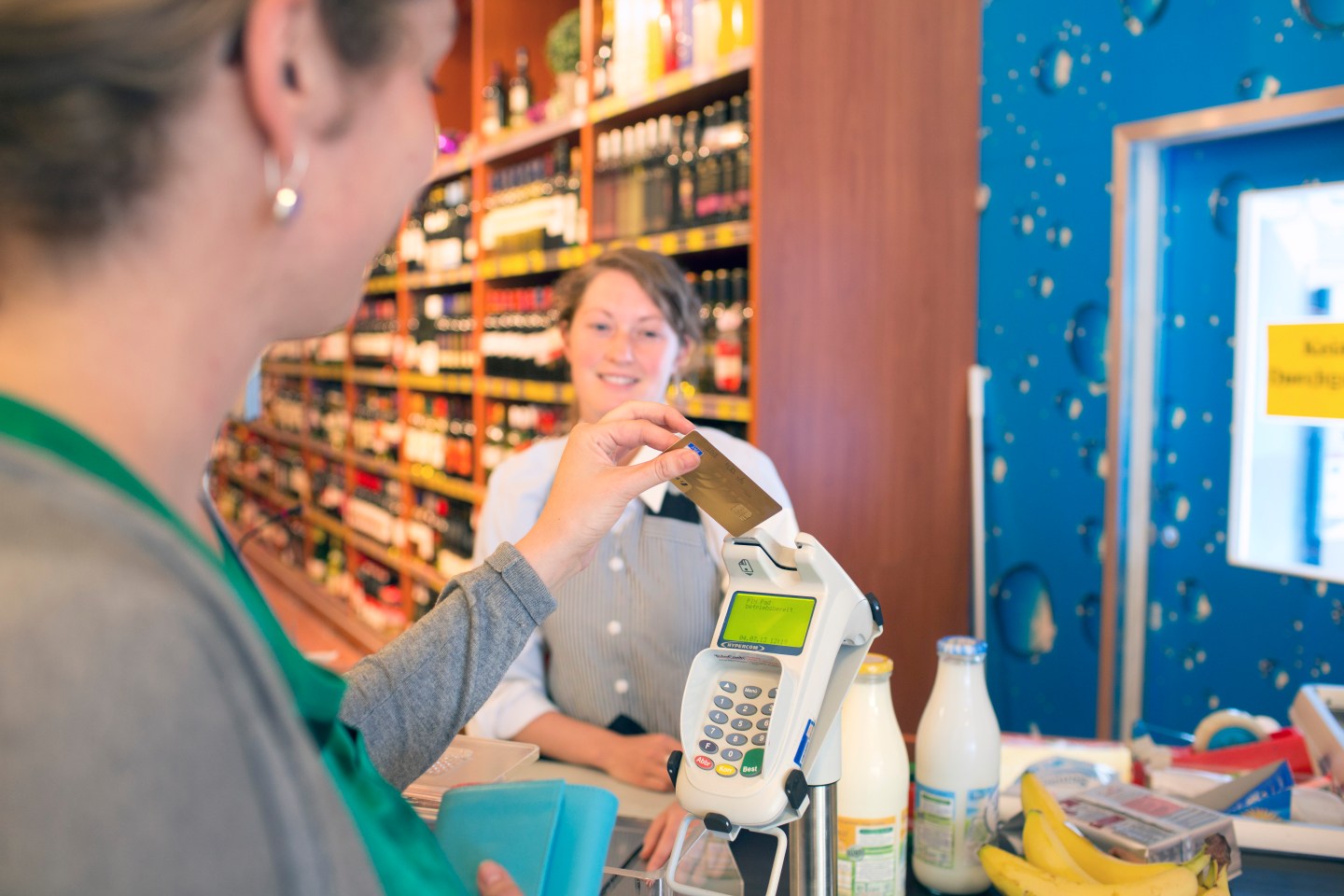 Earlier this year, Aaron Klein, a Brookings Institution fellow, argued that a variety of American banking practices exacerbate income inequality by effectively charging low-income people more than those with higher incomes. To the extent that he focuses on the time to clear checks and balance requirements for free checking accounts, income inequality likely plays some role in the allocation of the cost of banking services.

But Klein’s piece points the finger at reward credit cards. “Did you realize,” he asks rhetorically, “that working and middle class Americans subsidize the wealthy when they pay in cash or use debit cards?” To support his claim, he contends that economics dictates this result “[a]s long as merchants do not vary the price based on [a consumer’s chosen means of] payment.”

With respect to reward cards, Klein’s analysis doesn’t hold up. Economics will only dictate a reverse-Robin-Hood subsidy from low-income to high-income consumers if one assumes that merchant sales are effectively fixed, regardless of the types of payment mechanisms that a merchant accepts. That is, the merchant will make precisely the same number of sales in the same amounts regardless of whether it accepts reward credit cards.

The problem with Klein’s analysis is that no rational merchant would accept reward cards if doing so would have no positive effect on the merchant’s sales. A merchant that took on additional costs without receiving a benefit that at least covers those new costs would not remain in business very long. Since most merchants are rational, they likely receive benefits from accepting reward cards that more than cover the merchant’s cost of accepting them.

The benefit leading merchants to accept reward cards must be increased sales. Like all credit cards, reward cards enable some consumers to make purchases when they don’t have cash readily available. Consumers who use a revolving balance are the obvious example. But many more simply won’t have the cash in their pocket when they consider making a purchase, even though they pay their bill in full without revolving credit.

And the bonuses that reward cards pay to cardholders adds an additional stimulus. First, the bonus constitutes an effective discount that has the standard demand-increasing effect that any price discount would have, so a consumer would likely buy more of the same product or other products and services if he or she is getting a discount. Second, rewards may stimulate sales beyond what traditional economics would predict because of the psychological allure of getting something for nothing. Because of this effect, paying a bonus may actually stimulate more spending than a similar point-of-sale discount would.

To the extent that reward cards increase a merchant’s revenue through increased sales, the merchant can spread its fixed costs more widely and thus increase its profits. In a competitive market, merchants would have an incentive to reduce prices, trying to capture still more sales.

To the extent that the additional sales generated by reward cards lead merchants to lower their prices, those using reward cards, in a sense, subsidize those who use other means of payment.

One cannot definitively predict the direction of the price change resulting from reward card acceptance. The cost of acceptance, as Klein assumes, would put upward pressure on prices. But the stimulating effect of reward cards on sales also puts downward pressure on prices. The precise effect in a particular industry is difficult to predict and will turn on a variety of factors that are not easy to measure. But merchants in competitive industries such as supermarkets and home improvement stores would be the most likely to have lower prices as a result of reward card acceptance because they would be forced by the market to compete away much of the benefit that they receive from accepting those cards.

Steven Semeraro is professor of law at Thomas Jefferson School of Law. During the late 1990s, the author was the lead attorney on an investigation of Visa and MasterCard when he served as a trial attorney with the United States Department of Justice, Antitrust Division.