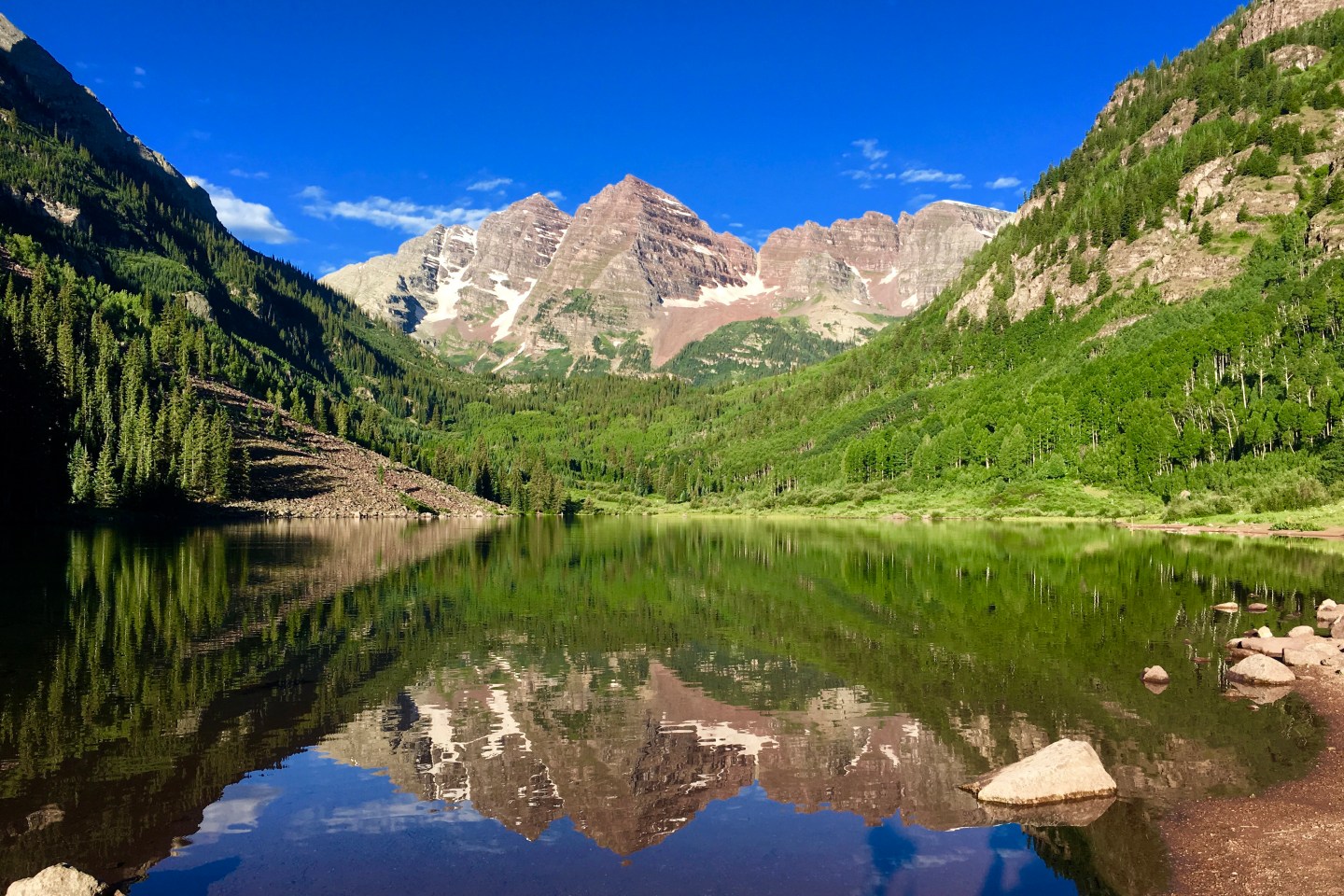 The famous Maroon Bells reflections on a still standing water of the lake early in the morning in summer.
JurgaR / Getty Images

Fortune’s Brainstorm TECH kicks off today, and if I may be allowed to brag on my colleagues for a moment, the line-up looks stellar. One thing I noticed immediately was the nearly perfect gender balance of speakers and panelists. Well done, team.

There will be lots of reporting of interest to raceAhead readers which I will flag for you in the next few days. But to get you into the mix right away, here are a couple of the main stage interviews that you might want to flag and follow on our live stream. (All times are Aspen local.)

Uber CEO Dara Khosrowshahi will take the main stage today at 2:05 and Robert Smith, CEO of Vista Equity Partners will explore the future of tech investing tomorrow at 12:10, both in conversation with my colleague Adam Lashinsky.

Also tomorrow at 11:20am, Christa Quarles, the CEO of OpenTable, talks about diversity and inclusion, in light of last year’s fascinating town hall discussion on the topic.

One conversation I’ll be moderating on Wednesday morning is right up your alley: Is Technology Inherently Biased? (No live stream, sorry.)

We’ll be discussing the rise of algorithms in decision-making in corporations, in government, in education and beyond. What are the big implications? Can tech ever truly be neutral?

We have some extraordinary experts on deck to lead the conversation, many of whom will be familiar names to regular readers: Julio Avalos, Chief Strategy Officer, GitHub; Jon Cohen, Head of Research, SurveyMonkey; Karla Monterosso, CEO, Code2040; Samuel Singyangwe, co-founder, We the Protesters; and Bärí Williams, Attorney and Startup Advisor.

Anything you’d like to ask them? E-mail, tweet or message me on LinkedIn and I’ll add your voices to the room.

Only one thing has threatened to mar the convening so far. A still uncontained wildfire nearby in the Basalt, CO- area, has filled the skies with smoke, wreaked havoc on travel, and has caused millions of dollars in damage. No lives have been lost so far, thanks in large part to the extraordinary training, in-the-moment-decision making, and courage of firefighters, volunteers and the communities who support them. But the battle is far from over. From the Aspen Times:

Two circumstances and a bold strategy saved the mobile home park. First, Ace Lane’s property just upvalley was a well-watered greenbelt, according to Thompson. In addition, a fuels mitigation project between Lane’s Tree Farm property and the east edge of the mobile home park had removed fuel for the fire.

Still, it took brave action by firefighters from departments through the region to prevent the wind-whipped fire from sweeping through the mobile home park. The crews used multiple flares to ignite fires between the wildfire and residences. That removes fuel and, when done correctly, the wildland fire sucks the lit fire in, delaying momentum at least temporarily.

According to the story, Basalt fire captain Cleve Williams lost his own family home to the fire, but was able to save others nearby, while preventing the fire from crossing into new territory.

It’s a powerful reminder for the world today: Leadership is often about being prepared to make wrenching choices, using the best information that’s available. As fires, both real and symbolic, spark around the world, better data is an indispensable tool in putting out the flames. Unless, of course, it isn’t.

New scrutiny of Uber’s senior leadership raises questions about culture and commitment to changeNew complaints about racial insensitivity and “blind spots” have been revealed at the company, this time regarding Barney Harford, the company’s still newish chief operating officer. This latest issue is raising questions about the sincerity of Uber’s CEO to transform the culture at the ride-sharing giant. Harford has been the subject of several formal and informal complaints from employees, all related to the insensitive ways the executive speaks about women or ethnic minorities. Harford said in a public statement that the feedback has been humbling and eye-opening, and he’s going to be getting more coaching. “Honest feedback given in good faith is something we need more of, and I’m totally committed to acting on it and improving.”New York Times

The Jew is the world’s enigma. Poor in his masses, he yet controls the world’s finances. Scattered abroad without country or government, he yet presents a unity of race continuity which no other people have achieved. Living under legal disabilities in almost every land, he has become the power behind many a throne. There are ancient prophesies to the effect that the Jew will return to his own land and from that center rule the world, though not until he has undergone an assault by the united nations of mankind…More than any other race he exhibits a decided aversion to industrial employment, which he balances by an equally decided adaptability to trade.Henry Ford