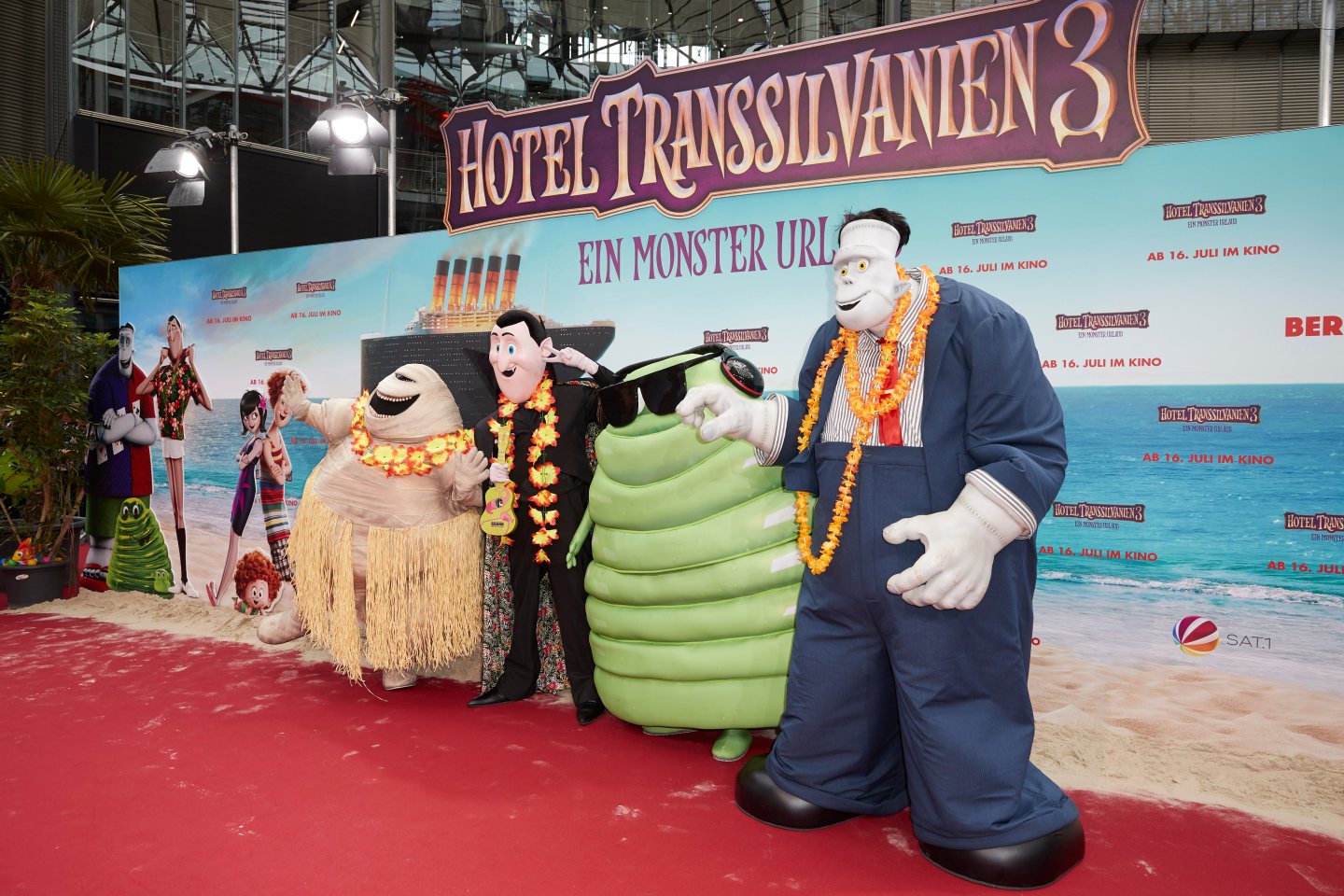 In the weekend battle for movie fans, an animated, monster-packed cruise ship steamed past a burning skyscraper.

Sony’s win shows that animated features continue to be reliable draws for young film fans. Another animated picture, Walt Disney Co.’s “Incredibles 2,” is the No. 3 film at the box office this year. Sony has been reaping success with family fare this year, led by “Jumanji: Welcome to the Jungle,” and has more on tap with “Goosebumps 2” and an animated “Spider-Man” movie.

In the latest “Hotel Transylvania,” Adam Sandler’s Dracula and his family take a vacation from their hotel by going on a luxury monster cruise. The vampire patriarch falls for the mysterious ship captain Ericka, which turns into trouble when it emerges that she is a descendant of Dracula’s nemesis, Van Helsing.

The movie cost about $80 million to make, excluding marketing costs, according to Box Office Mojo, and was forecast to open with sales of $45 million. RottenTomatoes.com said 57 percent of critics recommended seeing the picture.

The animated movie knocked Disney’s “Ant-Man and The Wasp” into second place after just one week atop the box office. The latest offering from the Marvel-comics franchise brought in $28.8 million.

In “Skyscraper,” Johnson plays FBI hostage rescue team leader and U.S. war veteran Will Sawyer. He’s framed for setting the world’s tallest building on fire, and has to clear his name and save his trapped his family. Critics were split, with 51 percent recommending the film, according to RottenTomatoes.