This Is Your Last Chance to Experience Manhattanhenge in 2018 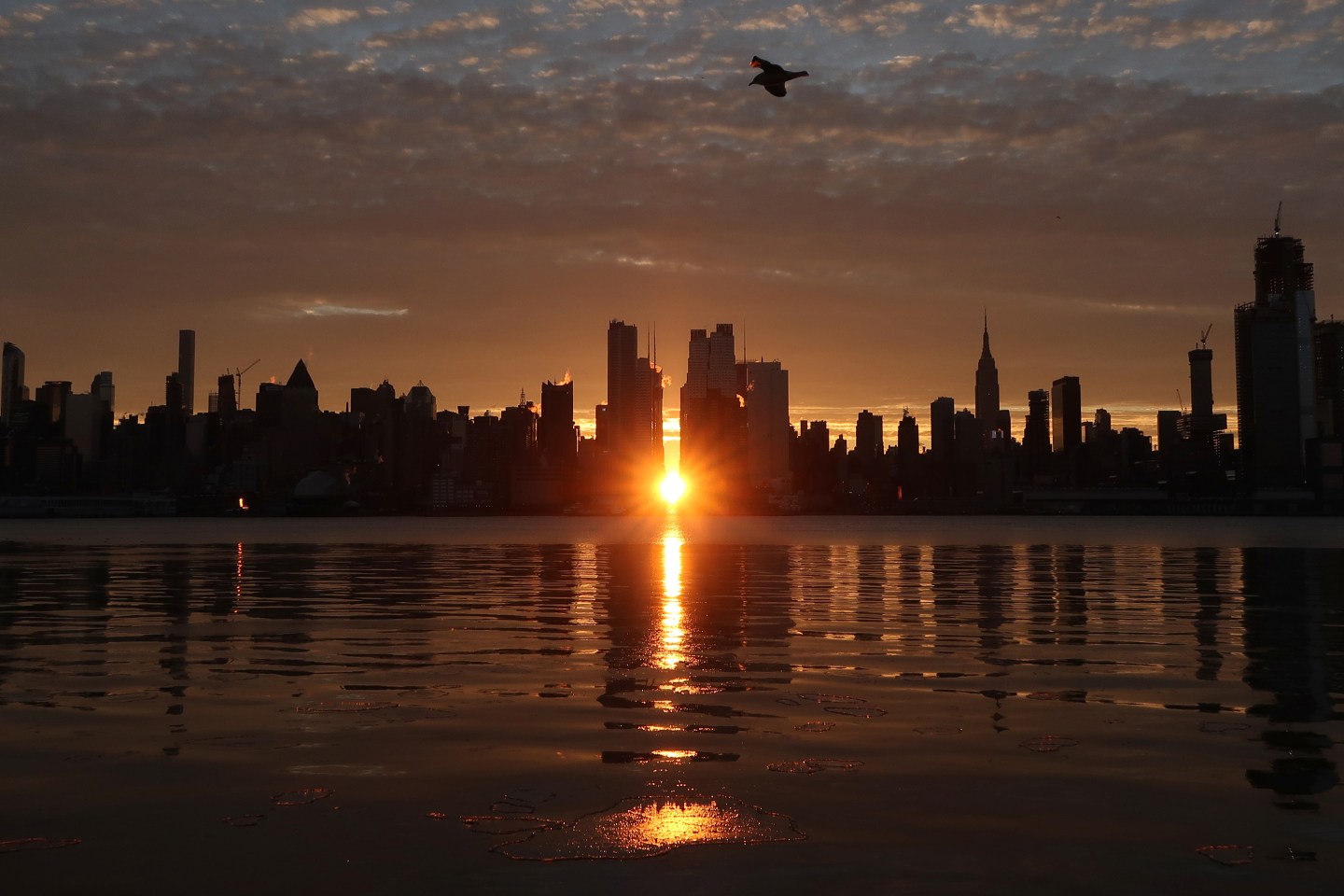 New Yorkers get to see the Manhattan borough in a new light during sunset just four times per year. During these special evenings, the setting sun aligns perfectly with NYC’s grid, illuminating both sides of every east-west facing street in an orange glow. The phenomenon, dubbed “Manhattanhenge,” already occurred twice in late May, but city goers and tourists have two more chances to catch the setting rays — Thursday and Friday — before they have to wait till next year.

AccuWeather reports dry, clear skies for Thursday evening, but some clouds may roll in before the Friday Manhattanhenge viewing, giving the sun a more “milky” appearance.

The full Manhattanhenge sunset can be see at 8:20 p.m. EDT on Thursday. While half the sunset will be visible at 8:21 p.m. EDT on Friday, it’s still expected to be an impressive display. Astrophysicist Neil deGrasse Tyson wrote for the American Museum of Natural History that the best viewing positions for Manhattanhenge are as far east in Manhattan as possible.

“But ensure that when you look west across the avenues you can still see New Jersey,” he wrote. “Clear cross streets include 14th, 23rd, 34th. 42nd, 57th, and several streets adjacent to them. The Empire State building and the Chrysler building render 34th street and 42nd streets especially striking vistas.”

Due to the crowds of spectators, individuals are encouraged to arrive a half hour before sunset to find a space suitable for viewing Manhattanhenge.

Manhattanhenge gets its name from the ancient British landmark Stonehenge, which was built to align with the sun during solstices. While any city with a rectangular grid can find days where the sunset aligns with its streets, Tyson says Manhattan is uniquely designed for a spectacular viewing: the Hudson river provides a clear view of the horizon, and the city’s skyscrapers make a vertical channel for the light to fall through.

If you’re more of a morning person, Manhattanhenge also occurs during four sunrises each year. The early morning phenomenon occurred twice in early December 2017 and January 2018.