raceAhead: Fresh Justice for Emmett Till? 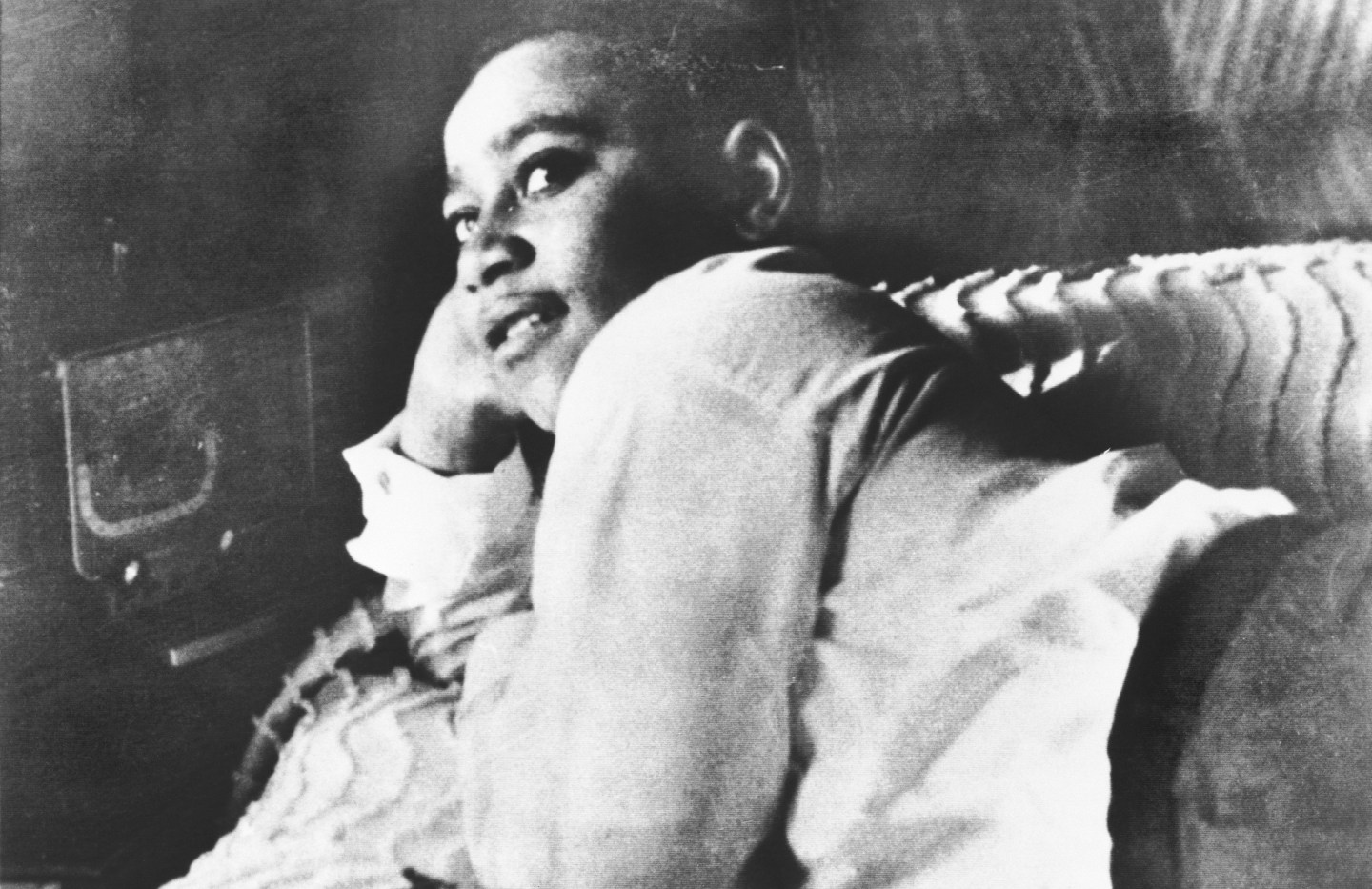 When I think about Emmett Till, which I do fairly often, I get tangled up in one little-known fact. Whenever his asthma flared up, as it did when he was nervous, his mother taught him to whistle, to calm himself so he could breathe again.

Fourteen-year-old Emmett Till was tortured and murdered in Mississippi in August 1955, a crime that remains one the most horrific single examples of racial violence in the Jim Crow South.

His transgression? Speaking to, making an impertinent gesture toward, or perhaps “wolf whistling” at a white woman named Carolyn Bryant, who owned a grocery store with her husband, Roy.

We may be about to find out exactly what happened.

The Department of Justice is finally set to re-open its inquiry into the matter based on the “discovery of new information,” though it is unclear what that is or if new charges will be filed.

I suspect the move may be based, in part, on new information unearthed in an excellent 2017 book written by academic and researcher Timothy B. Tyson. In The Blood of Emmett Till, Tyson painted a vivid picture of life in the brutal post-Civil War South, some details of which were provided Carolyn Bryant herself, in the only interview she’s ever given.

Carolyn Bryant, now Donham, had excellent recall of the troubled history of race relations in Mississippi, but now admits her claims were largely false, which challenges her earlier testimony at the pointless trial that acquitted her husband and his half-brother for Till’s murder.

“Nothing that boy did could ever justify what happened to him,” Donham told Tyson.

While compelling, it’s hard to look at this decision from the Department of Justice as anything more than a sleight-of-hand gesture, set to become another chapter in the long history of performative justice that ultimately signifies nothing. When will Tamir Rice get his day in court? Trayvon? The list is long.

Sadly, Till’s mother, the indefatigable Mamie Till Mobley, is no longer alive to experience this justice delayed.

She certainly did her part to link that moment to a movement; Mobley held an open casket funeral in her home city of Chicago to show the world her son’s bloated, beaten and unrecognizable body. Jet magazine, one of the most prominent black-owned publications of the day, published the photos of his badly disfigured remains, causing media outlets around the world to pick up the story.

And everyone who might ultimately be held accountable, with the exception of Donham, is also dead.

Yet, today — and I say this measuredly – there are some encouraging signs that the policing of black behavior by aggrieved white bystanders is becoming increasingly unacceptable and is now coupled with a social cost.

Consider the now growing list of self-appointed white behavior monitors who have attempted to call out black people for #LivingWhileBlack. Not every attempt has been successful.

A white manager of a Memphis apartment complex was fired after calling the police on a black resident who wore socks in the pool. A North Carolina man was fired from his day job after a video of him harassing a black woman as she attempted to enter their community pool went viral. A woman who called the police on an 8-year-old black girl who was selling water on a San Francisco sidewalk was forced to step down from her role as CEO of a cannabis firm, after a viral video of her filmed by the girl’s cousin earned her the Twitter moniker #PermitPatty.

And yesterday, Papa John’s Pizza founder John Schnatter resigned from both the University of Louisville Board of Trustees and as chairman of the Papa John’s board.

In a story leaked to Forbes, Schnatter used the n-word in a recent business meeting with a consultant. The session was an attempt to craft an image rehabilitation strategy after Schnatter came under fire last year for publicly complaining that the NFL player’s protest during the national anthem was cutting into pizza sales.

He didn’t get the strategy he was expecting.

So maybe a review of the Emmett Till case through fresh eyes may not bring fresh justice – though I hope it does. But it just might help us remember who we’ve always been, but more to the point, who we can become: A country that embraces a new set of social norms which prevents white folks who are unable to respect the lives of people of color from doing more harm.

If you’re a person who can’t meet that low bar, you pay a price.

I think about all of these things when I think about Emmett Till, particularly now that the still unaccountable Carolyn Bryant Donham has admitted that he never whistled at her. He only whistled later, she said, as he and his playmates were fleeing the scene, after realizing that she was reaching for her husband’s pistol to shoot at them.

Till’s friend, Simeon Crawford, corroborates her story. “To this day, I don’t know what possessed Emmett to do that,” he told Tyson as he tried to recreate the timeline of events. “We didn’t put him up to it…He did it on his own and we had no idea why.”

I think he was just trying to breathe.

As are so many of us. After his home was vandalized with a racial slur last year, a contemplative LeBron James mentioned Emmett Till in a subsequent press conference. He’d been thinking about him a lot. “I think back to Emmett Till’s mom, actually,” said the NBA star. “The reason that she had an open casket is because she wanted to show the world what her son went through as far as a hate crime and being black in America.”

McKinsey stops working with ICE after their contract “raised concerns”The management consultancy has halted their work with Immigration and Customs Enforcement after it was revealed last month that they had billed more than $20 million in consulting business. According to The New York Times, the news prompted a strong reaction from employees at the firm. Kevin Sneader, McKinsey’s new managing partner, said in a note that the work did not involve immigration policy. But, he said, the firm “will not, under any circumstances, engage in any work, anywhere in the world, that advances or assists policies that are at odds with our values.”New York Times

I talked to a retired FBI agent who said that one of the things they were looking at were terrorist cells overseas who had figured out how to game our system. And it appeared they would have young women, who became pregnant, would get them into the United States to have a baby… And then they would turn back where they could be raised and coddled as future terrorists.Rep. Louie Gohmert