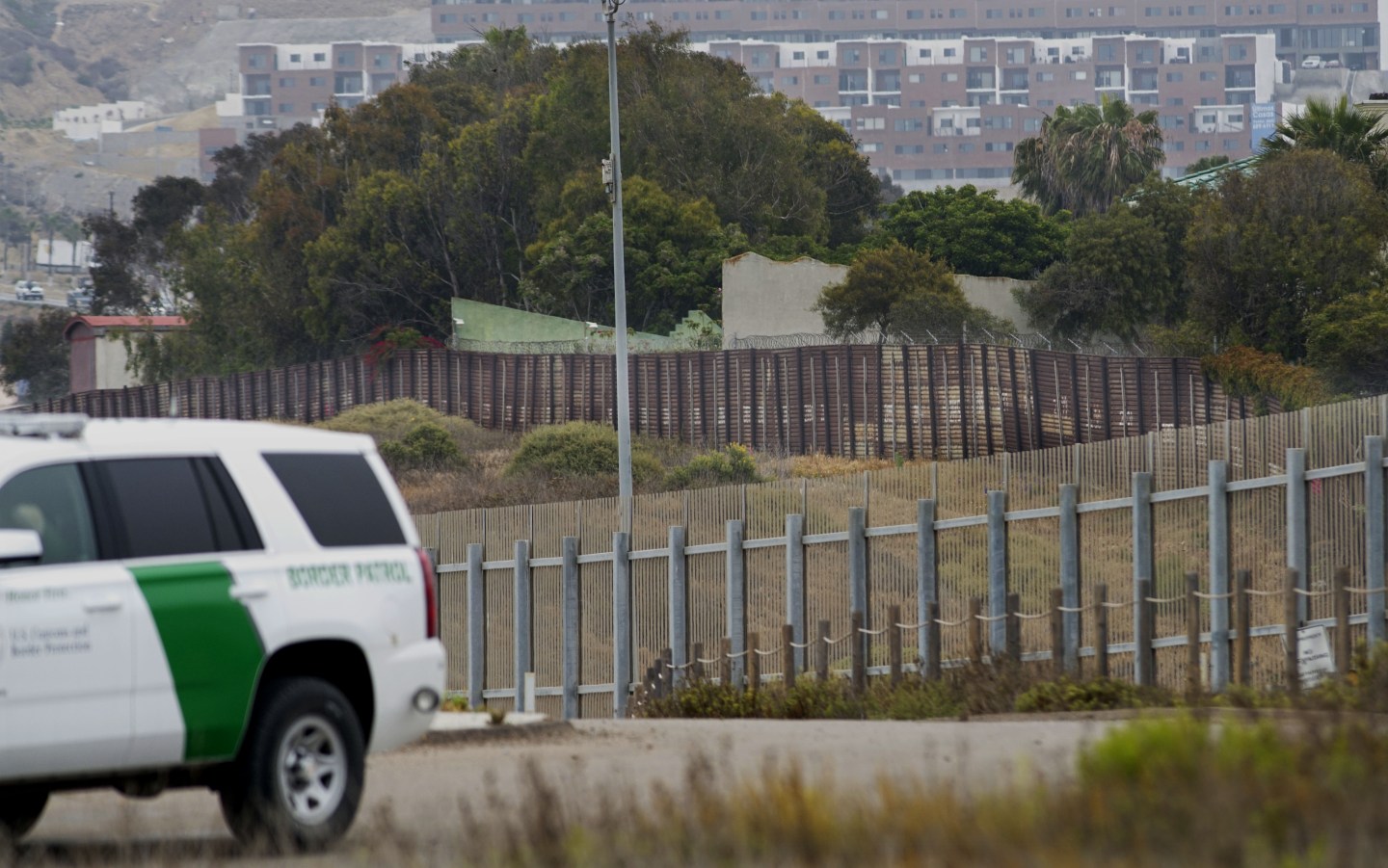 A border patrol car parks near the US/ Mexico border wall just east of Borderfield State Park where construction is set to begin on approximately 14.5 miles of new fencing on June 4, 2018 in San Ysidro, California. (Photo by Sandy Huffaker / AFP)
Sandy Huffaker—AFP/Getty Images

Federal courts in California will begin holding group trials for immigration cases this week, joining other border states in a strategy they’ve been practicing for years. California was forced to begin these mass hearings after the Trump administration’s zero tolerance policy ballooned the number of prosecutions in recent months, stretching resources, the AP reports.

Group trials—called assembly-line justice by critics—began in late 2005 when Border Patrol introduced “Operation Streamline” in Del Rio, Texas to prosecute every illegal entry at the border. The practice spread to federal courts in all the border states except California over the next few years. The nation’s most populous state argued resources could be better spent targeting smuggling networks and criminal repeat border-crossers.

After the announcement of the zero tolerance policy this spring, however, California had no choice. Illegal-entry cases in the Southern District of California jumped from only four in March to over 800 in June, according to the AP. While this number is a leap, it still pales in comparison to the 9,500 cases handled by the Southern District of Texas’ four border-area courts in the eight weeks after zero tolerance took affect.

Mass hearings are a way for courts to handle multiple cases at once, easing up jail space and keeping working hours in a reasonable range (instead of lasting until 10 p.m., as one San Diego court did). Groups can range from five to more than 70. AP recounts one courtroom in McAllen, Texas, where 73 individuals with ankle cuffs lined up. They had all previously pleaded guilty in another group hearing. Now, two-thirds were sentenced to a few days of jail time while the rest received between 10 and 60 days because they had prior convictions.

While California’s federal prosecutors have little choice but to adapt to this new system, defense attorneys have spoken out against mass hearings. Reuben Camper Cahn, executive director of Federal Defenders of San Diego Inc., compared them to slavery tribunals, the AP said.

“They will appear in chains… their cases will be heard en masse,” he wrote the chief judge. “In this moment, all of us — citizens, lawyers, jurists — must seek the better angels of our nature to navigate the challenges presented… If the Court does this, it will surely reject the (Justice Department’s) abhorrent proposal.”