Fentanyl Is Causing Almost Half of All Overdose Deaths, Research Shows 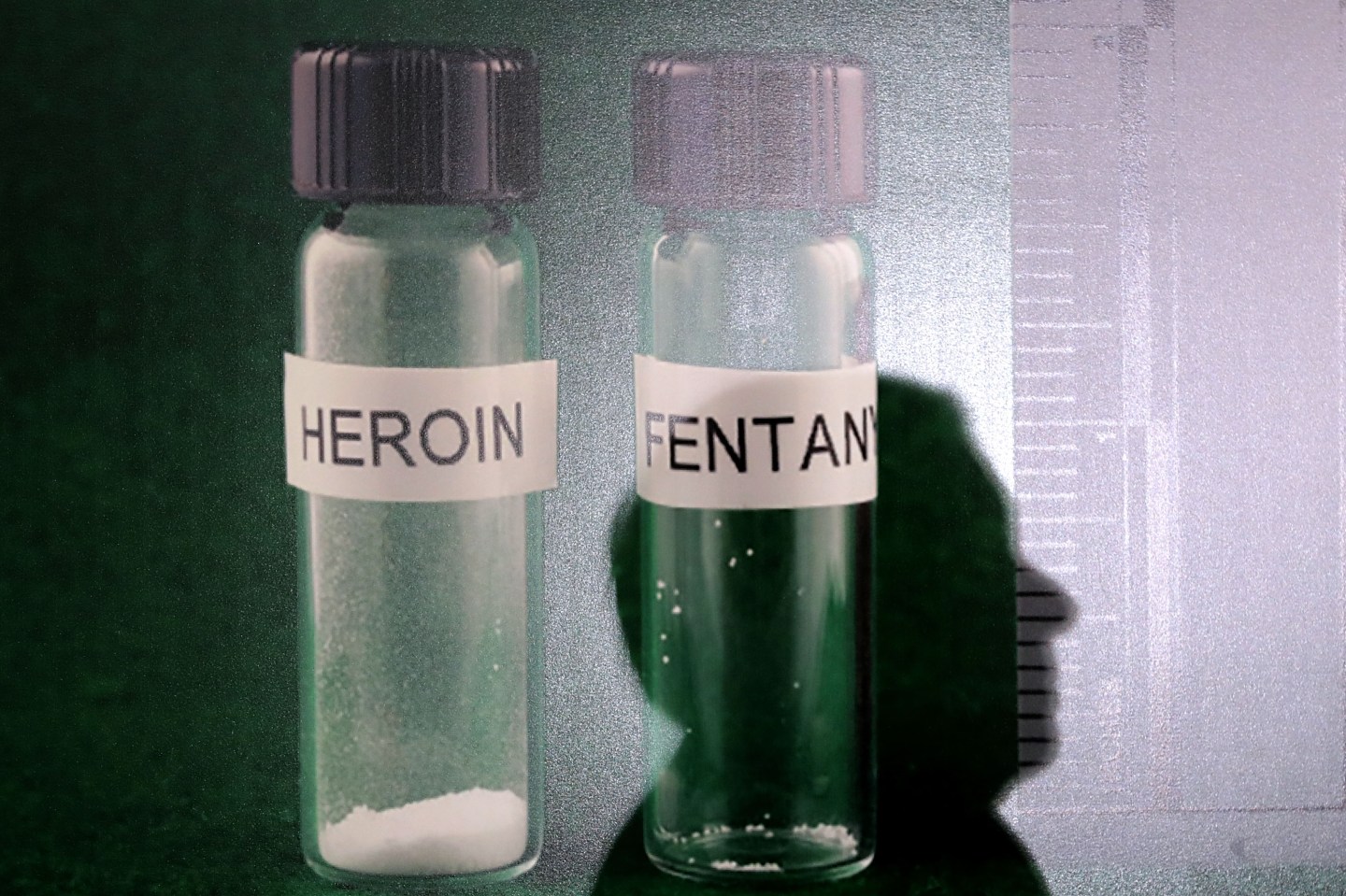 WASHINGTON, DC - MARCH 22: The shadow of U.S. Sen. Lindsey Graham (R-SC) is cast on a photograph of heroin and fentanyl during a news conference the U.S. Capitol March 22, 2018 in Washington, DC. In an attempt to fight America's opioid epidemic, Graham is introducing legislation that would increase the punishment for fentanyl distribution and trafficking. (Photo by Chip Somodevilla/Getty Images)
Chip Somodevilla—Getty Images

In a May 2018 research letter, the American Medical Association noted that of 2016’s more than 42,000 overdose deaths, nearly 46% involved fentanyl. Now, a study of of a major metropolitan area is following suit, showing that national data of the opiate crisis is supported by smaller samples within a state.

In 2017 in Marion County, which includes the greater Indianapolis area, 47% of overdoses involved fentanyl, according to a study by Brad Ray, an assistant professor at Indiana University-Purdue University Indianapolis (IUPUI) School of Public and Environmental Affairs. That’s up from under 15% of overdoses involving fentanyl before 2013, an alarmingly exponential rate increase in only a few years.

Fentanyl is a highly addictive synthetic opioid that the Center for Disease Control says is 50 to 100 times more potent than morphine. The CDC also notes that fentanyl is often mixed with or sold as heroin.

One major complication in tracking and identifying the cause of a drug-related overdoses is determining which illicit substances are laced with which other substances, intentionally or unintentionally. Some overdoses happen because a non-opioid, such as cocaine, is laced with much stronger substances such as fentanyl. And many addicts, gripped by a need for a quick fix, will take whatever they can get.

“These are not folks that are going to the liquor store and deciding if they want a Pinot Noir or IPA,” Ray told The Indianapolis Star. “They are addicted to drugs, and they’re not picky in the drugs they use.”