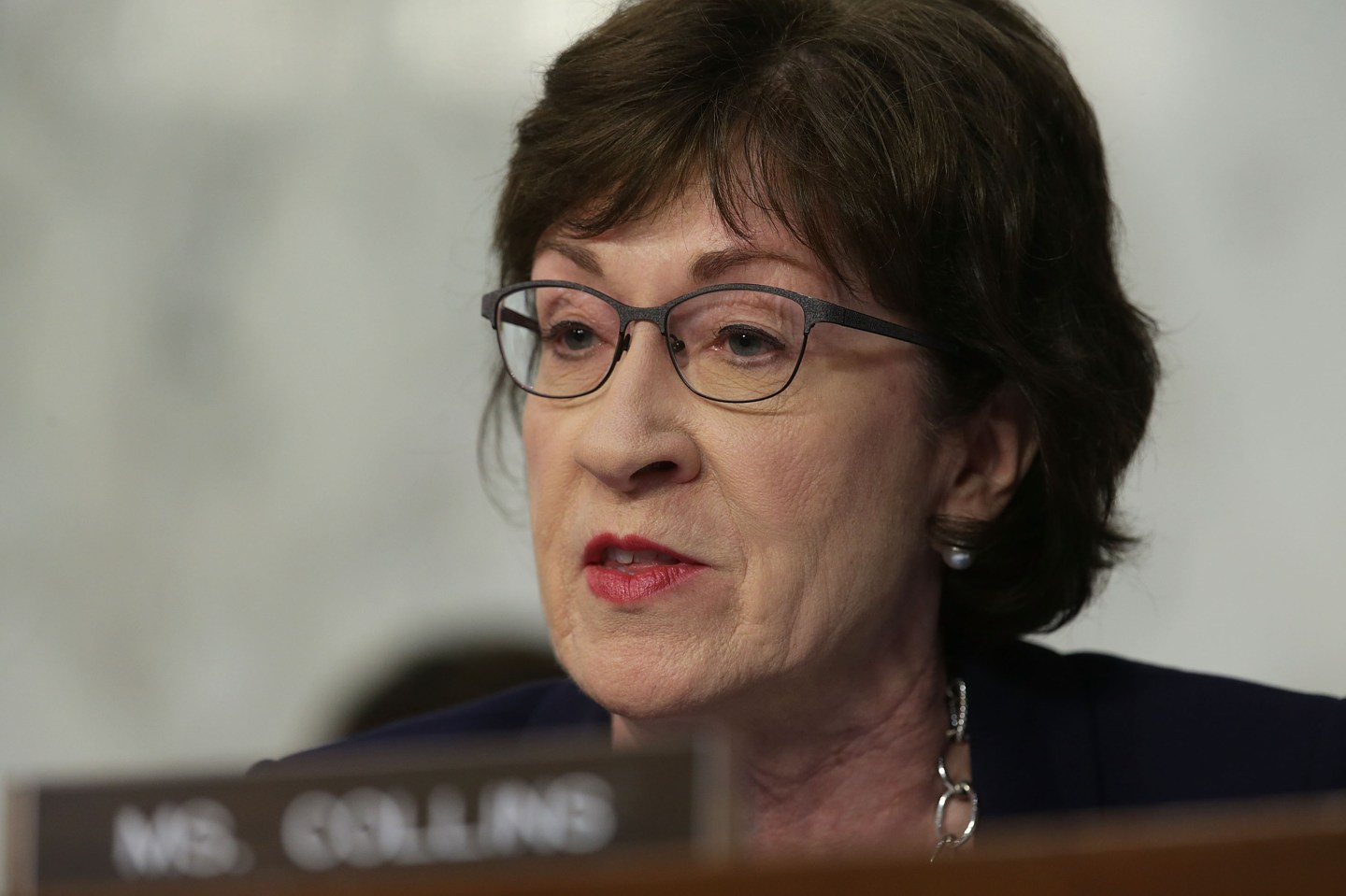 “A candidate for this important position who would overturn Roe v. Wade would not be acceptable to me, because that would indicate an activist agenda that I don’t want to see a judge have,” Collins said Sunday in an interview on ABC’s “This Week.”

Collins said she urged Trump during a meeting last week to broaden the list of possible justices he released during the campaign, and that the White House subsequently told her five more people had been added to it.

“I got the feeling that he was still deliberating and had not yet reached a decision, and that this was genuine outreach on his part,” Collins said. “There are people on that list whom I could not support.”

Collins is among small group of U.S. senators whose support is seen as crucial to securing the confirmation of a new Supreme Court Justice following the retirement announcement of Justice Anthony Kennedy.

The Maine senator said there are names on Trump’s list of potential nominees she couldn’t support, whom she declined to identify. Collins has said previously that she wouldn’t support someone who pledges to overturn Roe v. Wade, the 1973 Supreme Court ruling that legalized abortion in the U.S. It’s settled law, and justices must respect legal precedent, she said.

White House Press Secretary Sarah Huckabee Sanders said in a tweet Thursday that Trump had met with Collins and fellow Republicans Chuck Grassley of Iowa, chairman of the Senate’s Judiciary Committee, and Lisa Murkowski of Alaska, as well as Democrats Heidi Heitkamp of North Dakota, Joe Donnelly of Indiana and Joe Manchin of West Virginia.

Manchin, Donnelly and Heitkamp are Democrats from states Trump won in 2016. He has targeted them for defeat in November’s midterm elections. That makes them more likely than other senators in their party to support his nominee for the court.

With Republicans controlling the Senate 51 to 49, Democrats must prevent any defections and win over at least one Republican if they hope to block a nominee.

Trump said Friday he had narrowed his search to about five finalists, including two women, and will announce his pick on July 9. Trump said that he may interview one or two candidates this weekend at his resort in Bedminster, New Jersey.