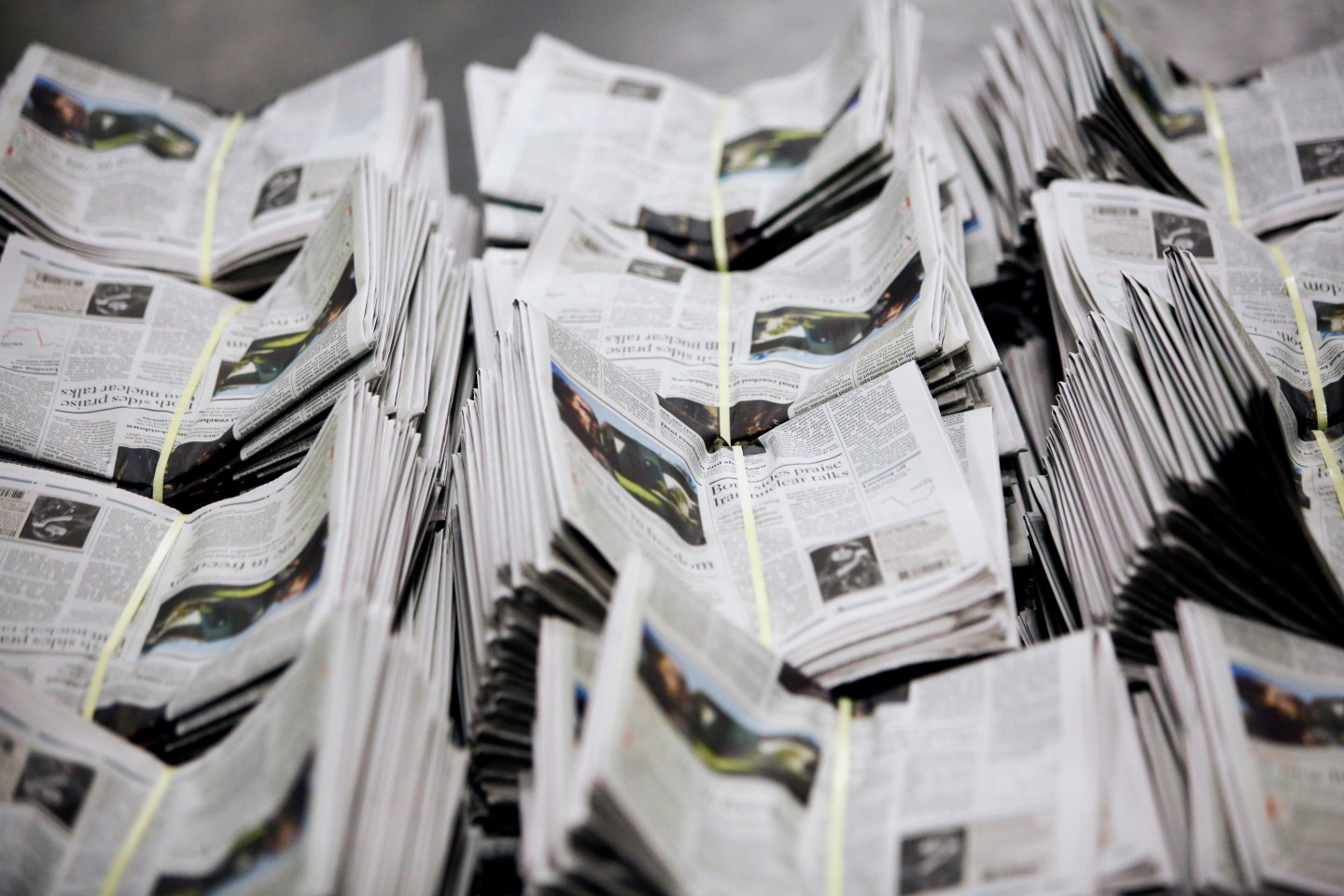 Today is the day that the new owner of The Los Angeles Times takes the helm.

Biotech billionaire Patrick Soon-Shiong first announced he would buy the newspaper, along with The San Diego Union-Tribune, for $500 million in February. His ownership officially begins today.

Over the years, The L.A. Times has undergone layoffs, staff cuts, and internal turmoil. Today, the embattled paper published a banner headline that reads, “A new era of Times ownership.”

“I believe that fake news is the cancer of our times and social media the vehicles for metastasis. Institutions like The Times and the Union-Tribune are more vital than ever. They must be bastions of editorial integrity and independence if they are to protect our democracy and provide an antidote to disinformation. We will continue our papers’ dedication to truth, integrity, journalistic independence, and storytelling that engages, informs, educates and inspires with care and compassion.”

In addition to combating fake news, Soon-Shiong promised to invest in the newspaper’s future. He wrote, “While ad-supported print publications will continue to feel the pressures occasioned by the digital era, we are confident that our print products will remain viable and vital.” It’s unclear yet how he plans to do this.

It’s been a particularly challenging time for news organizations, many of which are undergoing management changes and declining revenues. For instance, former Denver Post journalists just announced that they will launch a new local media outlet on the blockchain.

In the letter, Soon-Shiong emphasized the need for the news group to run as a business, rather than a traditional news entity “in order to grow and thrive.” He said that needs to be done “without losing sight of the needs and interests of our readers.”

It is yet to be seen if the paper’s business interests can squarely align with the reader interests without the causing some internal conflict.