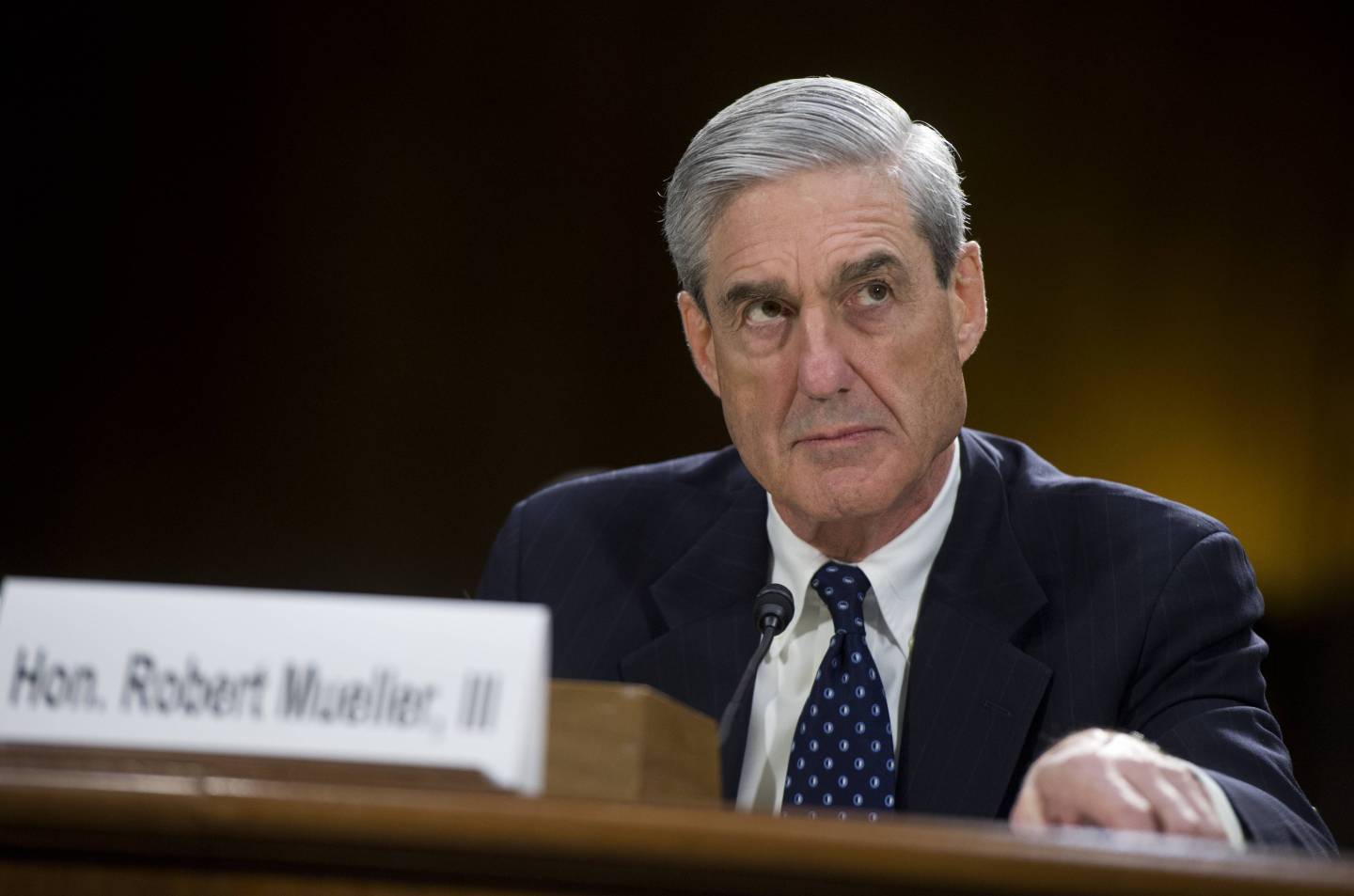 He also stoked intrigue by adding a new name to his indictment against Manafort — a longtime Manafort associate who prosecutors have said has ties to Russian intelligence.
The superseding indictment Mueller’s team filed in Washington builds on their previous allegations that Manafort did illegal lobbying work for Ukraine and laundered millions of dollars in proceeds. The U.S. is now charging Manafort and the associate, Konstantin Kilimnik, with obstructing justice and conspiring to get potential witnesses to lie about lobbying work they’d done for Ukraine. Each of the two charges carries a maximum sentence of 20 years in prison.

That brings the number of people Mueller has charged in his probe of election meddling to 20. Five have pleaded guilty. The latest obstruction charges bolster Mueller’s case by laying out the argument that Manafort had corrupt intent to hide his activities, according to former prosecutors.

He may also signal that he has another card to play. There’s no indication that Kilimnik is in the U.S. or would travel to face charges there. So indicting such a person may be part of a larger strategy, said Michael Koenig, a former Justice Department prosecutor now at Hinckley, Allen & Snyder.

“The charge alone against a guy who isn’t here and who they may never get doesn’t seem to have much value,” Koenig said. “It suggests it may be a chess move — the consequences of which are yet unknown to everybody except Bob Mueller.”

Kilimnik, who was born in eastern Ukraine and took up Russian citizenship after the collapse of the Soviet Union, studied English and Swedish at the Military Institute of the Russian Ministry of Defense in Moscow, which is a training ground for interpreters who work for Russia’s military intelligence agency. After working in Moscow as an interpreter for the International Republican Institute, a Washington-based organization, he helped Manafort lobby for pro-Russian politicians in Ukraine.
Before Kilimnik was identified by name in charges on Friday, he had made multiple appearances in Mueller’s filings as an unidentified intermediary for Manafort. In some of those earlier filings, Mueller made references to a Manafort associate in Ukraine with ties to Russian intelligence. In one, Mueller cited an FBI assessment that those ties continued into the 2016 election. Bloomberg News and other media previously identified that person as Kilimnik.

Kilimnik, who didn’t immediately respond to a request for comment, has denied any links to Russian intelligence.

Manafort’s latest round of troubles started early this week, when Mueller’s team asked a judge to review his house arrest and to consider jailing him over an alleged attempt to influence witnesses.

Mueller’s accusations centered on work that Manafort arranged a half-decade ago to promote Viktor Yanukovych, a pro-Russian politician who was then Ukraine’s president. Manafort worked with a lobbying firm that enlisted former European politicians, the so-called Hapsburg group, who wrote articles and addressed U.S. politicians. Manafort didn’t register for the work he did on behalf of a foreign government in the U.S., in violation of U.S. law, Mueller said.

Mueller initially laid out those accusations in a February indictment. Shortly after, Mueller’s team said this week, Manafort and Kilimnik called and sent encrypted texts to two public relations individuals, attempting to persuade them to characterize the pro-Ukraine lobbying work they’d done together as limited to Europe. Mueller, in a filing earlier this week, called it attempted witness tampering and asked the judge to consider jailing Manafort as he awaits trial later this summer.

Prosecutors said the two didn’t respond to the communications from Manafort and the associate, with one of them telling prosecutors he believed they were trying to induce him to commit perjury. The individuals shared communications with prosecutors, the government said.

Manafort’s lawyers responded to those allegations in a sharply worded filing late Friday, accusing Mueller of contriving “dubious allegations” of witness tampering and, in so doing, poisoning the jury pool ahead of his trials.

“The special counsel creates an argument based on the thinnest of evidence,” wrote the defense team led by Washington attorney Kevin Downing. They said nothing governing the terms of their client’s pretrial release prevents him from having contact with anyone, that the apps, which encrypt messages, that Manafort used are commonplace and that he’d asked no one to produce a false affidavit or false testimony at trial.

Manafort was simply exercising his freedom to disagree with the special counsel’s legal theories, the attorneys said. They accused Mueller of conjuring up a “sinister plot” and said the allegations were intended to generate widespread — and intensely negative — media coverage of Manafort.

A judge is set to hear arguments on June 15.

By adding Kilimnik to the running charges against Manafort, Mueller bolsters his argument for tearing up Manafort’s bail deals, according to Peter Zeidenberg, a former federal prosecutor who is now a partner at Arent Fox LLP in Washington. Manafort’s lawyers would find the difficult work of trial preparation even more challenging with their client in jail, Zeidenberg said.
In addition, the formal obstruction of justice charges bolster Mueller’s overall case against Manafort. “The obstruction charge also buttresses the money laundering counts: Why would Manafort try and persuade someone to testify in a particular fashion if he did not believe he was guilty? This is strong evidence of consciousness of guilt,” said Zeidenberg, who prosecuted I. Lewis Scooter Libby, Vice President Dick Cheney’s chief of staff.

Kilimnik worked for Manafort’s longtime business partner, Rick Gates, when they served as political consultants in Ukraine. Prosecutors have previously said Manafort and Gates secretly coordinated an extensive lobbying campaign in the U.S. to benefit Yanukovych before he fled to Moscow in 2014. Gates is cooperating with prosecutors against Manafort.

Manafort relied heavily on Kilimnik throughout his decade-long work in Ukraine. Fluent in English, Kilimnik was the main translator for Manafort during meetings with Yanukovych.