The CEO Action for Diversity and Inclusion Turns Two 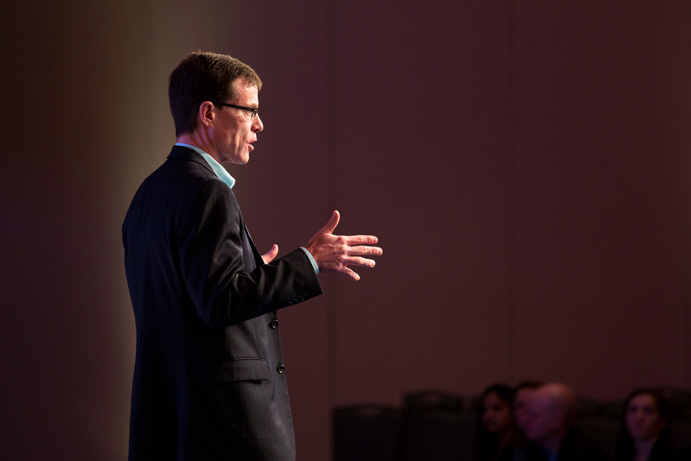 It’s been one year since the CEO Action for Diversity and Inclusion launched, the largest ever cross-industry commitment to advance diversity in the workplace.

“Some days it feels like ten years,” laughs Tim Ryan, the U.S. chairman of PwC.

Ryan first proposed the idea in 2016, after a series of police shootings compelled the company to engage in serious internal dialog about race in America. The results of the candid convenings were eye-opening for Ryan and his executive team – while some people felt afraid outside the firm, plenty of people also felt invisible inside. That experience encouraged Ryan to connect with a like-minded group of CEOs, many of whom were competitors, to look for solutions at scale.

The consortium launched last June with 175 CEOs – including Fortune 500 stalwarts Cisco, Dow Chemical, HP, The Home Depot, Merck, Morgan Stanley, Staples, Target, and Walmart. They committed to advancing the cause of diversity in three areas: Creating a safe workplace environment for dialog, addressing and mitigating unconscious bias, and sharing best practices. “From the very beginning, we were thoughtful in how we approached the commitment to attract a broad group of companies, beyond those that already have significant programs place,” Accenture CEO Julie Sweet, an early organizer of the effort, told Fortune. “Our focus is not on metrics, but creating a forum that will help many companies benefit from sharing their experiences, both successes and failures.”

Today, the alliance has more than 450 CEOs, and every month, another 20 sign up. There are also some 500 best practices shared on the site, freely available to anyone who needs them.

It’s been a busy first year. The group met in person for a day-long CEO summit last November, and in January, PwC hosted 220 chief human resource and diversity officers in New York to dig further into the issues they were facing.

They’ve also launched a branded mobile unit that’s visited 13 universities and seven companies so far. The “Check Your Blind Spots” unit is a traveling inclusion experience which has trained 5,000 people in a gamified version of a bias-mitigation curriculum. A new “tour” starts this July, and Ryan has set a lofty goal for of 100 site visits and a million people trained for their second year. “We’ve already got 30 companies signed up,” he says.

Something seems to be working. Half of the CEOs responded to an end-of-year survey and gave the program high marks. “Seventy-eight percent of the CEOs said it has had a positive impact on the D&I in their organizations,” says Ryan. Eighty-nine percent said they are now having “difficult conversations” about race and inclusion in their workplaces, 89% said they had or were in the midst of implementing unconscious bias training, and some 58% said they were leveraging their new peer network to help them address their inclusion needs.

That last one is key, says Ryan. “We really get into the weeds, and talk about the big issues.” Including the practical ones, he says. “This is a place where you can say ‘I don’t know how to calculate a pay gap,’ and get the answers you need.”

Based on these successes, Ryan is announcing today that PwC will spend $10 million underwriting year two.

“Overall, we’re on the journey,” he says. He’s been buoyed by the fact that people are beginning to see how biases are embedded in both people and systems and that they have the power to address that.

Even PwC. They’ve learned that the company may need to re-think how they’ve been “deploying” people into their first jobs at the firm, for example. It’s a crucial moment: if you set someone on the wrong path, it could impact their earning and development potential for the rest of their careers.

“Those decisions – those first assignments – have always been done by partners spread out all over the country. We had to ask, could there be inherent biases there?” The solution they’re considering is to make those recommendations from the central office, a decision that would have looked to the partners like an inexcusable power grab from the mother ship. Now, they’re open to the idea. “So we’re having a conversation about how we can be more equitable in how we allocate responsibilities,” says Ryan. “We couldn’t have had that conversation a year ago. People get what we’re trying to do and want to do the right things.”