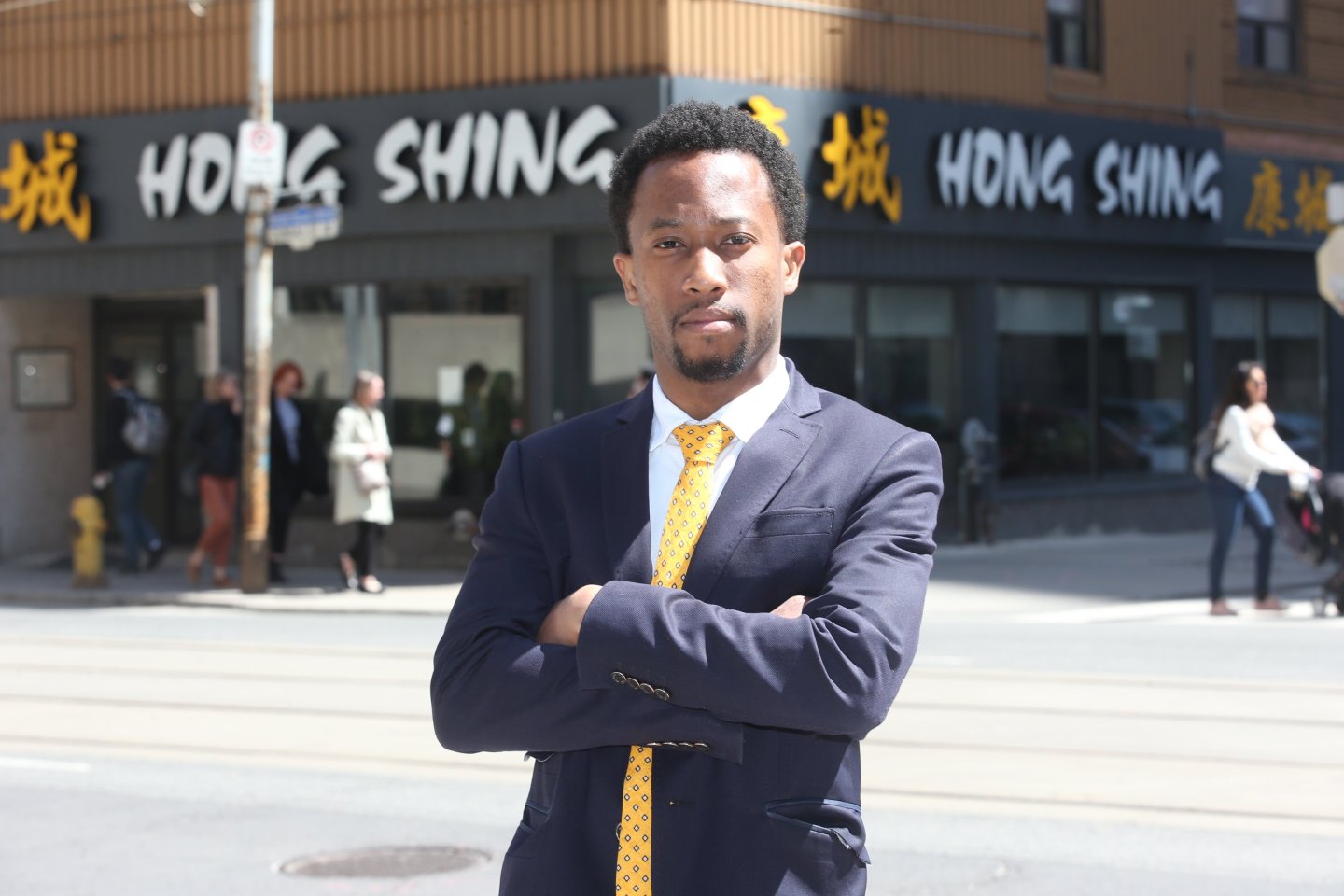 TORONTO, ON - APRIL 30: Emile Wickham, who just won a discrimination case with the Ontario Human Rights Tribunal against a restaurant, Hong Shing Chinese restaurant, for violating his human rights in asking him and his friends (all Black) to prepay for their meal poses for pictures in front Ontario Human Rights Tribunal office's.
Vince Talotta Toronto Star via Getty Images

A Toronto Chinese restaurant is being forced to pay a black customer $10,000 Canadian dollars, or $7,780 USD, after the Ontario Human Rights Tribunal determined Hong Shing Chinese Restaurant racially discriminated against a customer and his friends.

In May 2014, Emile Wickham and three friends went to the Hong Shing Chinese Restaurant to celebrate his 28th birthday. Wickham told CNN his group was the only black patrons in the restaurant and were subsequently asked to pay before they were served. Shocked, Wickham said, the four protested and were told it was policy.

“I still felt skeptical, so then I approached other tables,” Wickham told CNN. “No one else he spoke with had been asked to prepay. There was frustration initially. And that frustration turned into a feeling of dejection and sadness,” he added.

Wickham let it go at first, but decided to file a complaint with the Humans Rights Tribunal almost a year after the incident. The Hong Shing Chinese Restaurant responded by saying it experienced a number of dine-and-dash incidents, so it requested customers who weren’t “regulars” to pay in advance, according to the Tribunal ruling.

The adjudicator of the case, Esi Codjoe, ruled there was no evidence that this policy was actually real and said Hong Shing had racially discriminated against Wickham and his friends.

Hong Shing denies the claims, however, and said it plans to appeal the ruling.

“There are a number of sensitivities and considerations about this situation, and for that reason, the Tribunal outcome is under appeal by legal representatives,” the restaurant said in a statement to CNN. “At this time we cannot comment further, beyond emphasizing that the current owner and staff are dedicated to be a committed, inclusive, and responsible member of the community.”

Wickham said he would respond if necessary.

“The average Canadian never calls themselves racist, but if a significant part of the population have legitimate stories of being discriminated against, this has to be seen beyond the scope of a restaurant claim,” Wickham said.