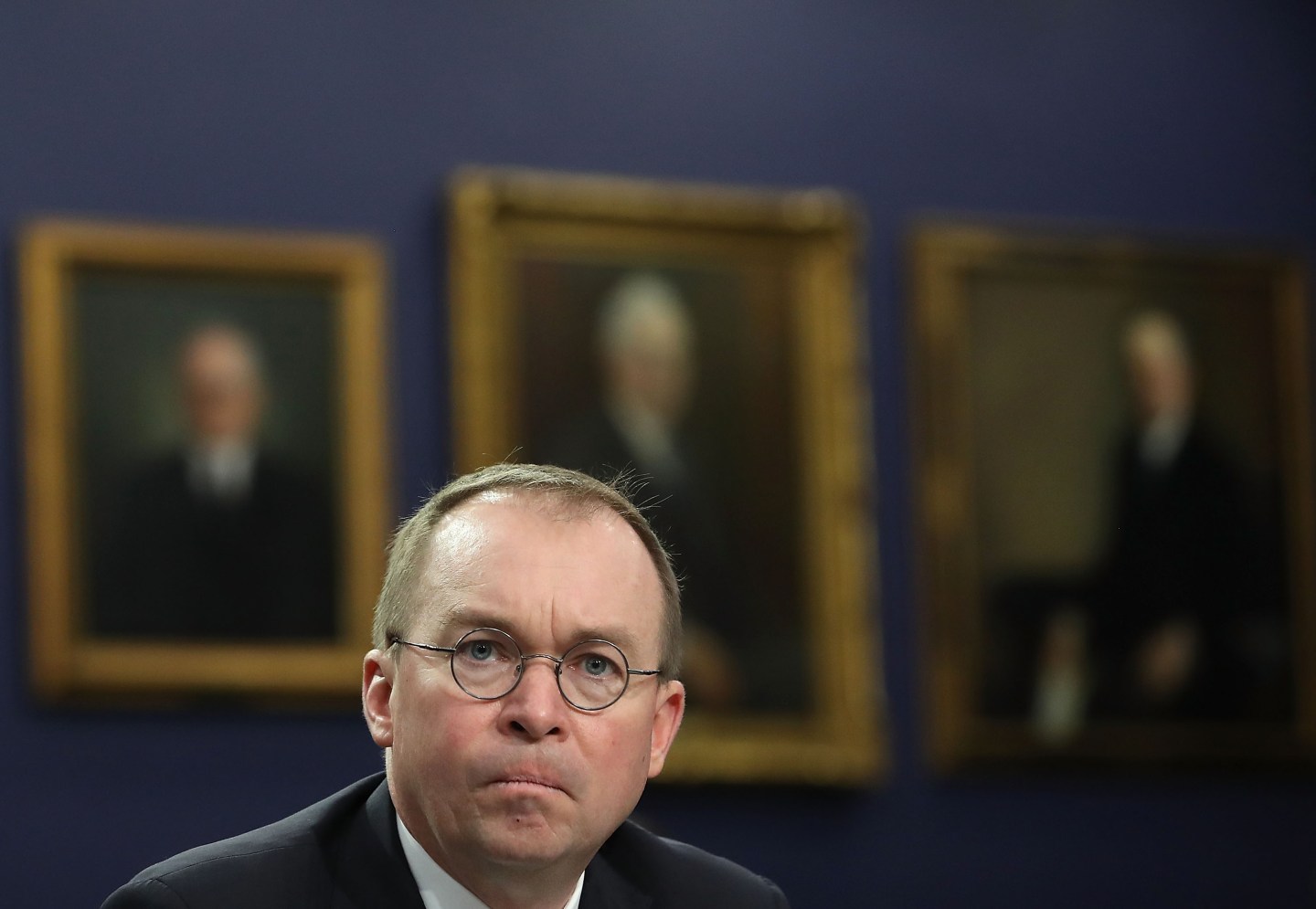 Mick Mulvaney, the interim director of the Consumer Financial Protection Bureau, is not shy about the relationship between money and politics.

“We had a hierarchy in my office in Congress,” Mulvaney, a former Republican representative for South Carolina’s 5th District, told 1,300 bankers and lending industry officials on Tuesday.

During his congressional campaigns, Mulvaney received nearly $63,000 from payday lenders. In the speech Tuesday, Mulvaney encouraged the financial services industry to make campaign donations, saying he was most responsive to constituents and lobbyists who contributed to his campaign when he was a congressman.

Mulvaney has long been a critic of the Obama-era CFPB. He was appointed by President Trump to run the agency in November, partly because of his determination to limit its powers.

In addition to his role at the CFPB, Mulvaney also serves as director of the Office of Management and Budget and has been rumored to be at the top of the list of possible replacements for White House Chief of Staff John F. Kelly. insistence that members of the industry he is currently charged with regulating engage in pay for play was part of efforts to help Congress make changes to the CFPB that would limit its reach.

Mulvaney wants funding for the agency to be decided by legislators, rather than the Federal Reserve which currently determines the CFPB’s budget. Mulvaney’s comments to the bankers in his conference keynote on Tuesday urged them to donate to members of Congress in order to ultimately give lawmakers more influence over the CFPB.

In addition to the funding changes, Mulvaney proposed removing public access to the CFPB’s consumer complaint database, which has helped spur investigations, and calling the agency by its more obscure, official statutory name: Bureau of Consumer Financial Protection.

Mulvaney said trying to sway legislators was one of the “fundamental underpinnings of our representative democracy. And you have to continue to do it.”